At Barrington Hall we provide motor yacht charters around the world on various luxury yachts. The Motor Yacht listed below, NO BAD IDEAS, is one of the many motor yachts we offer for charter. Please contact us for up to date information on NO BAD IDEAS or any other yachts in your desired location. 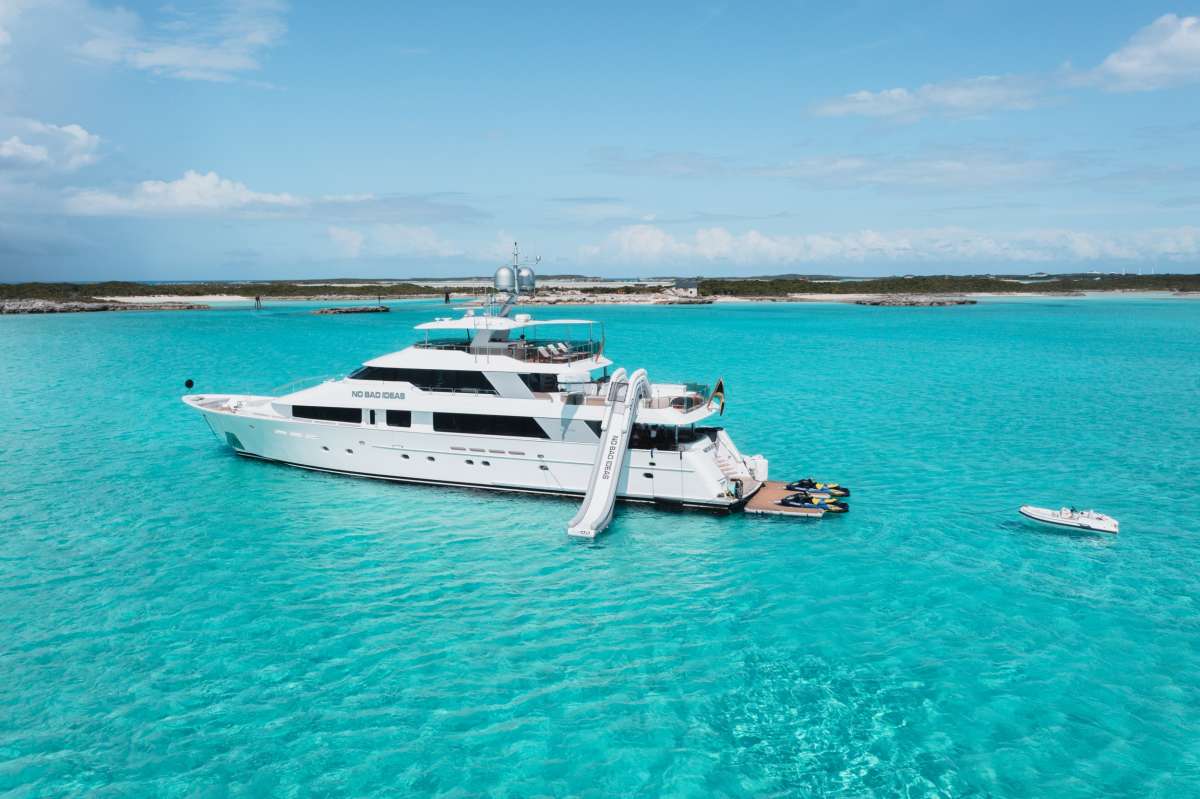 Dyson Hair dryers in all cabins 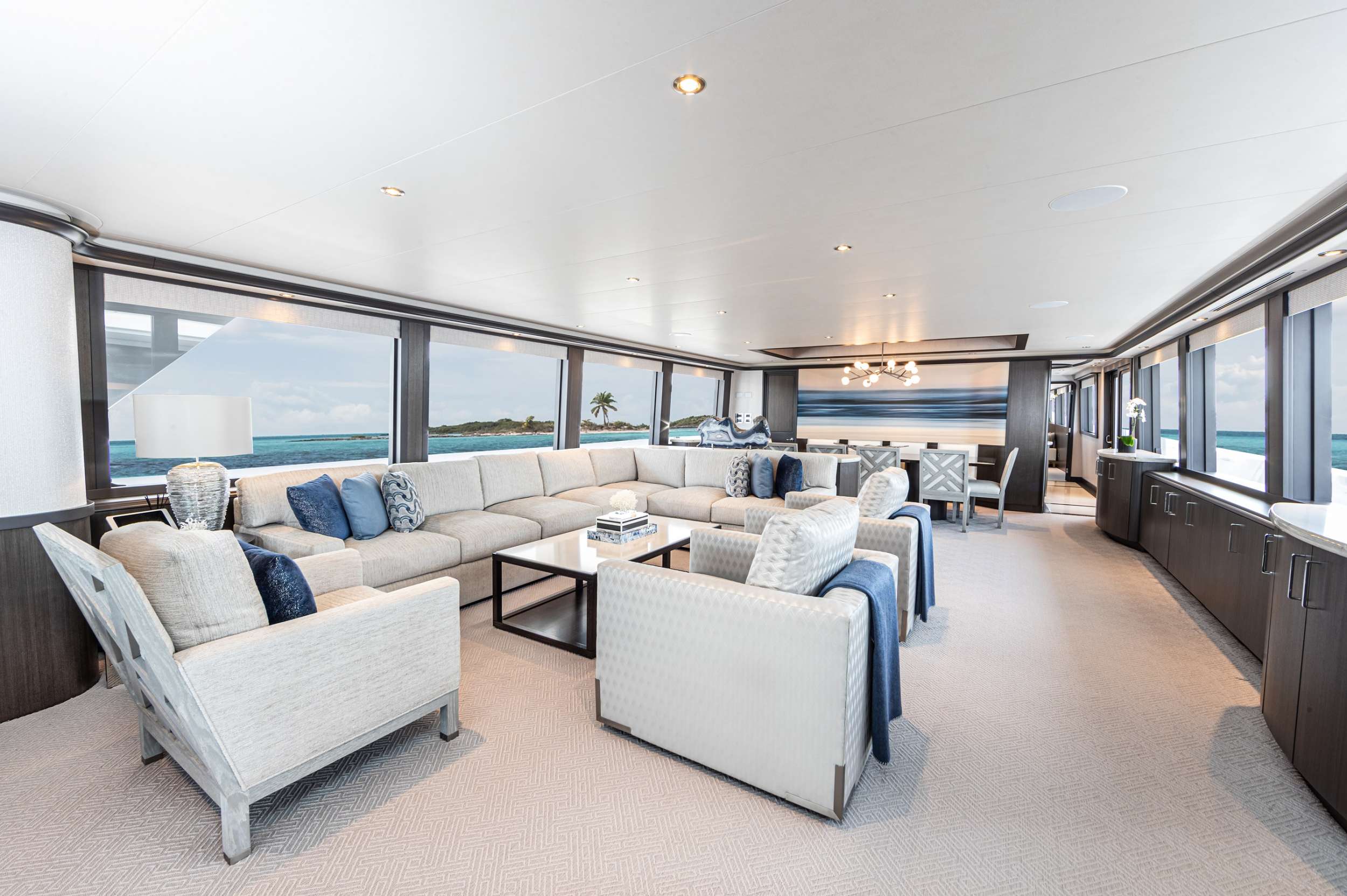 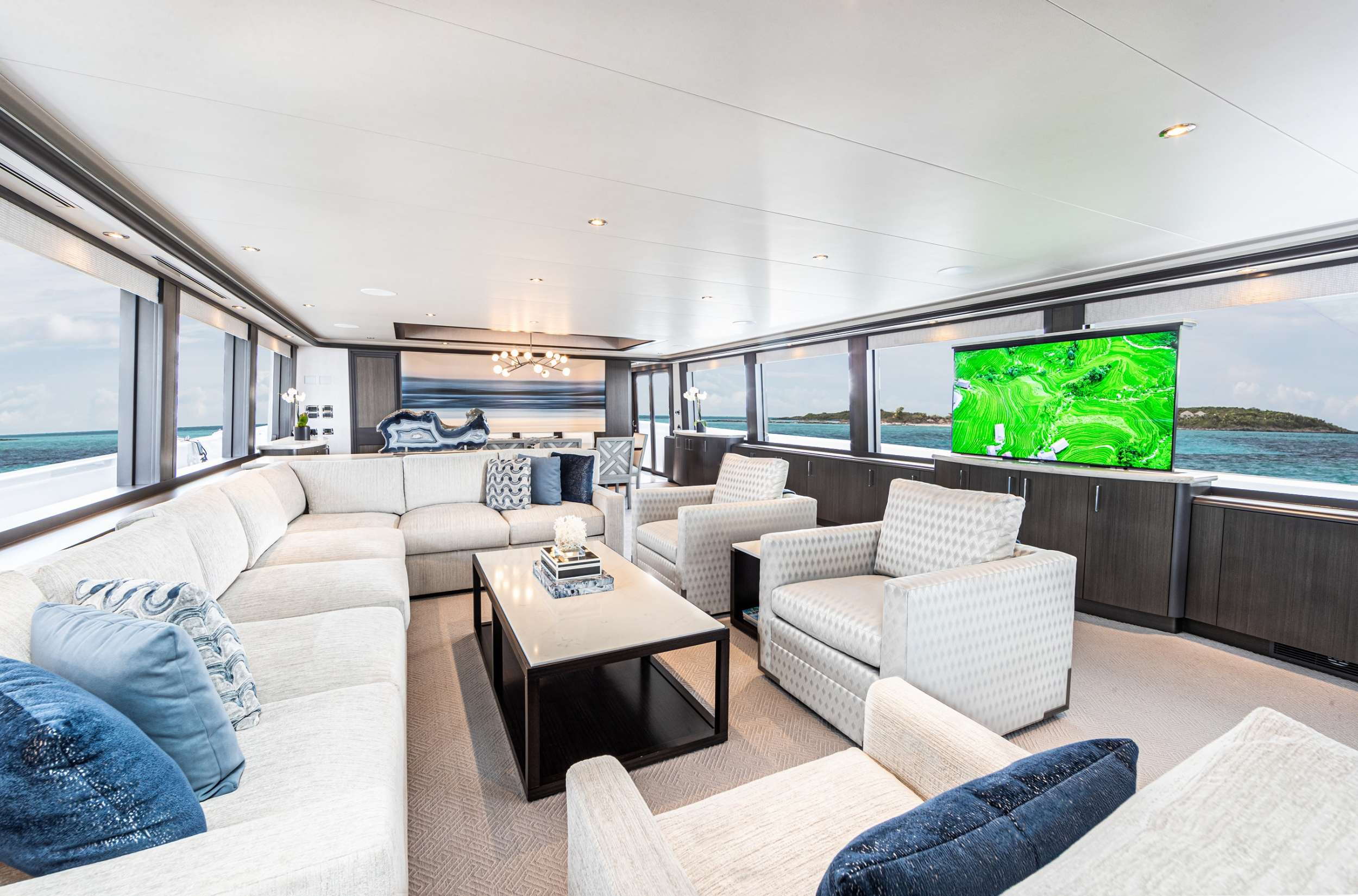 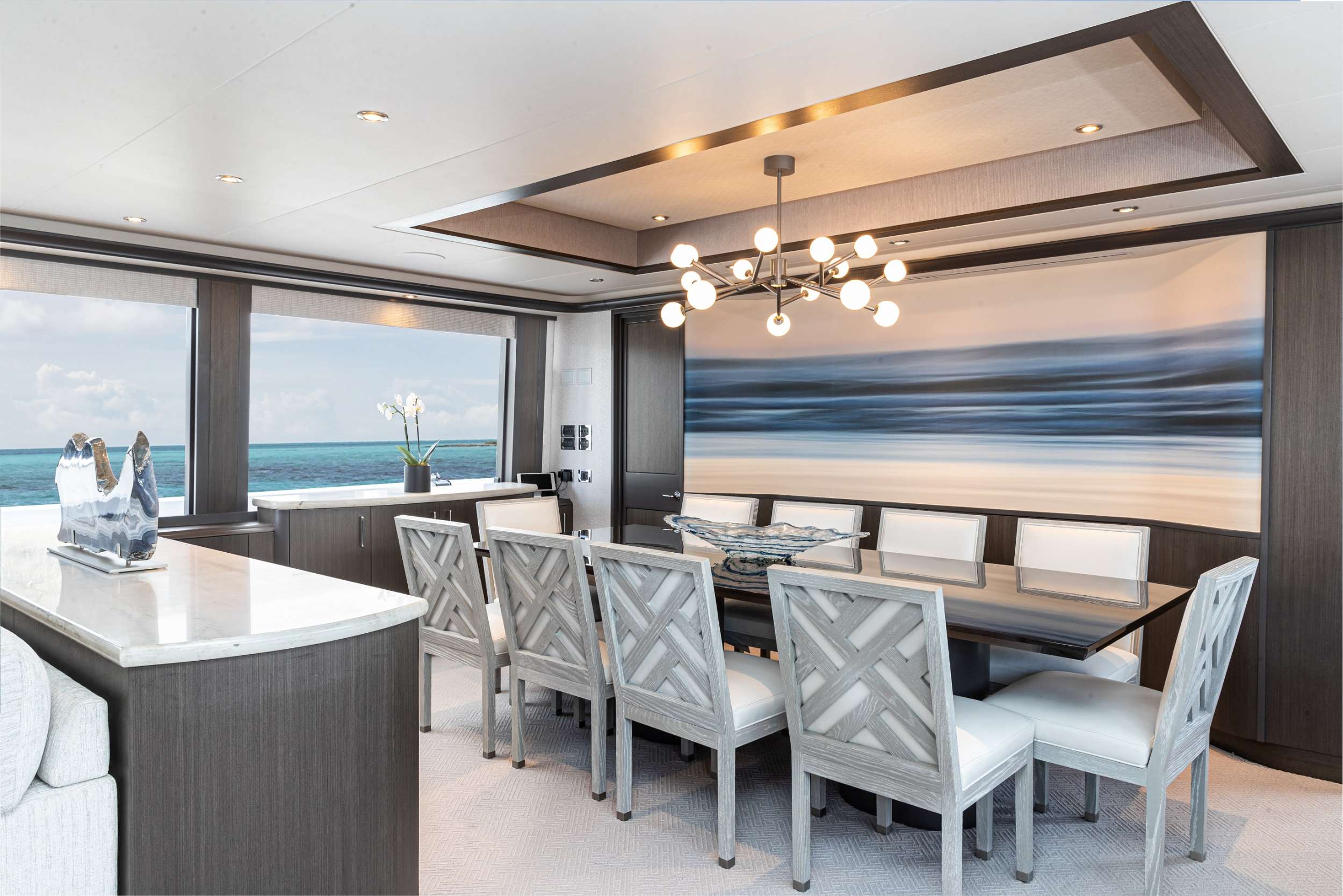 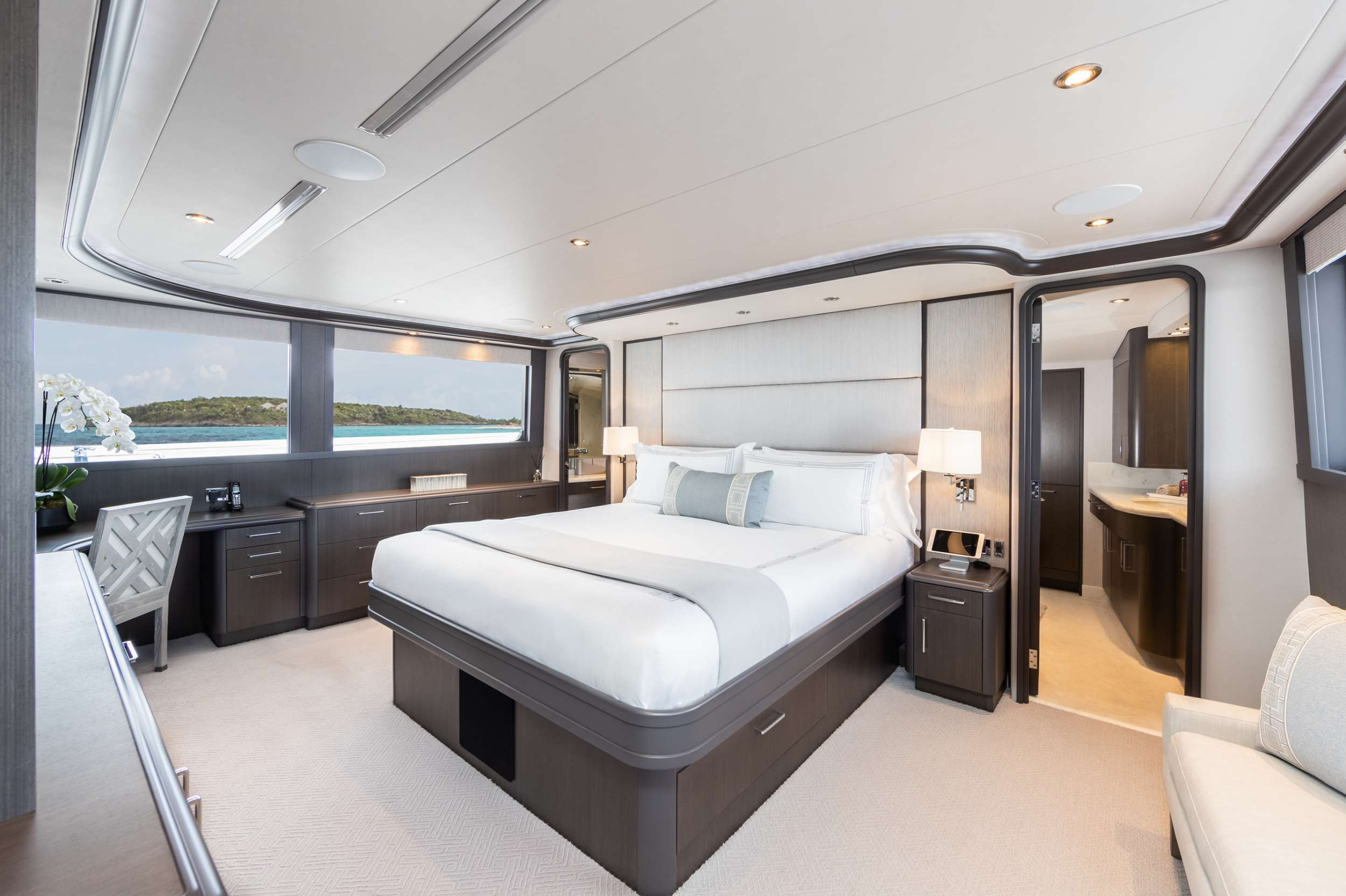 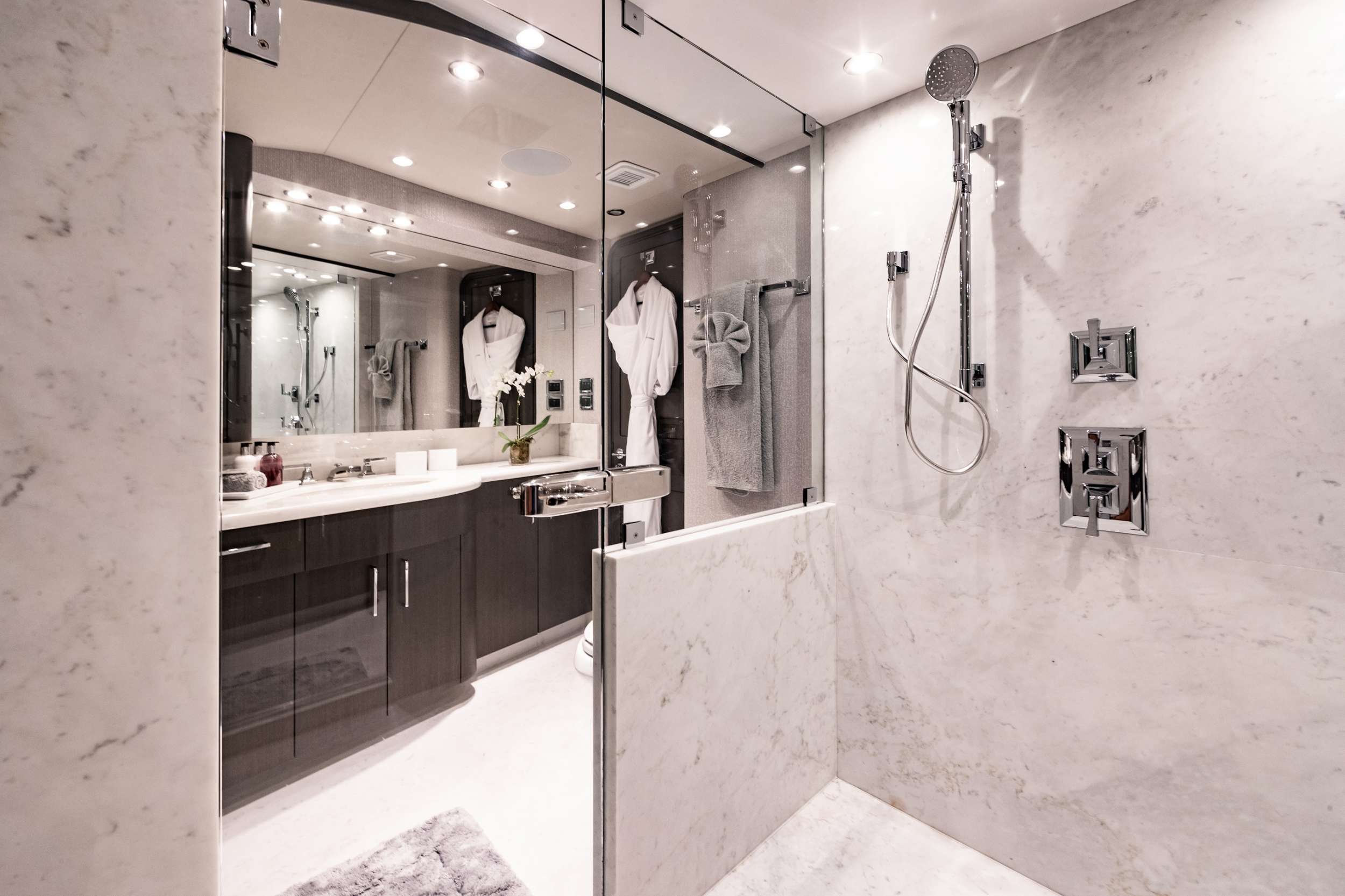 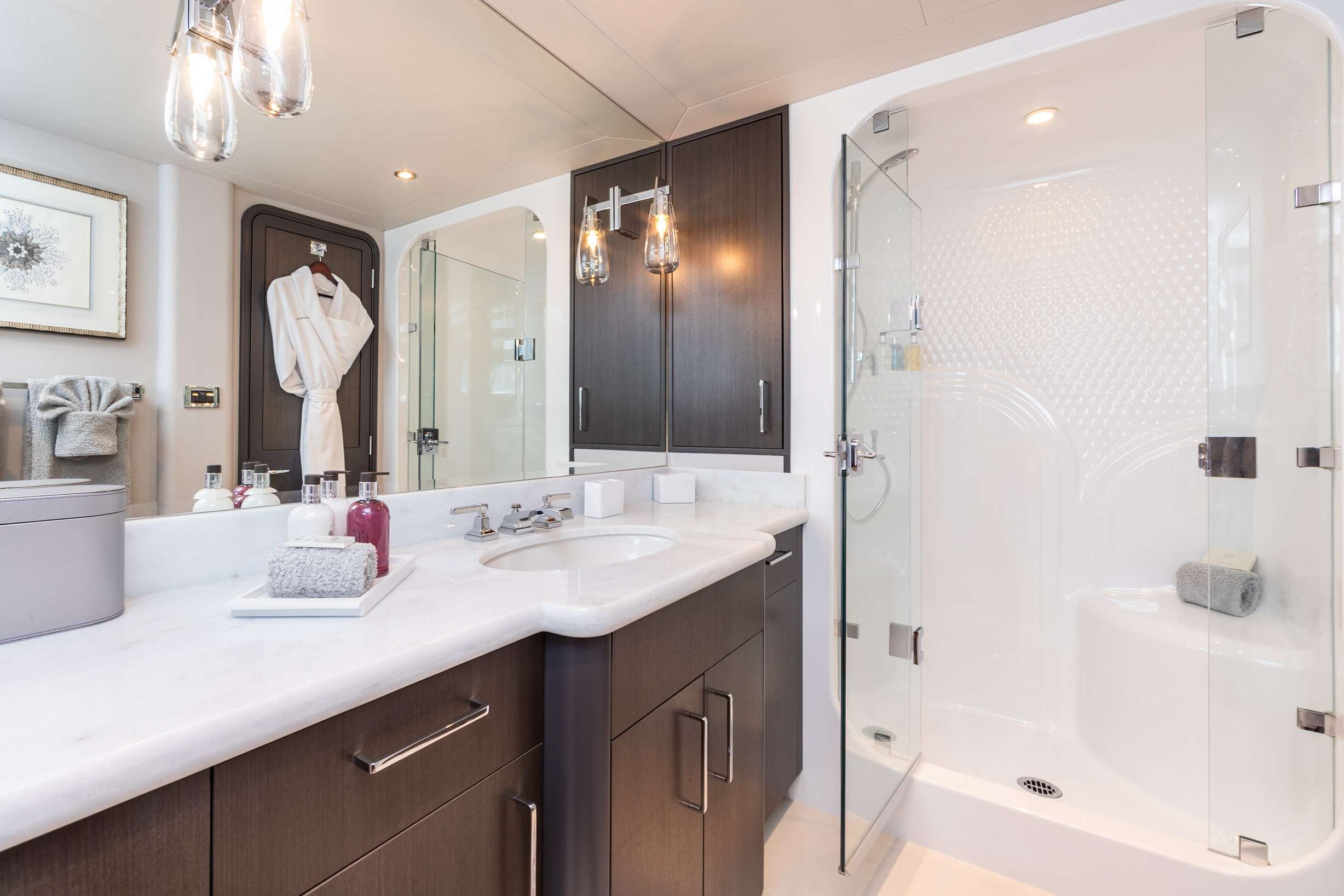 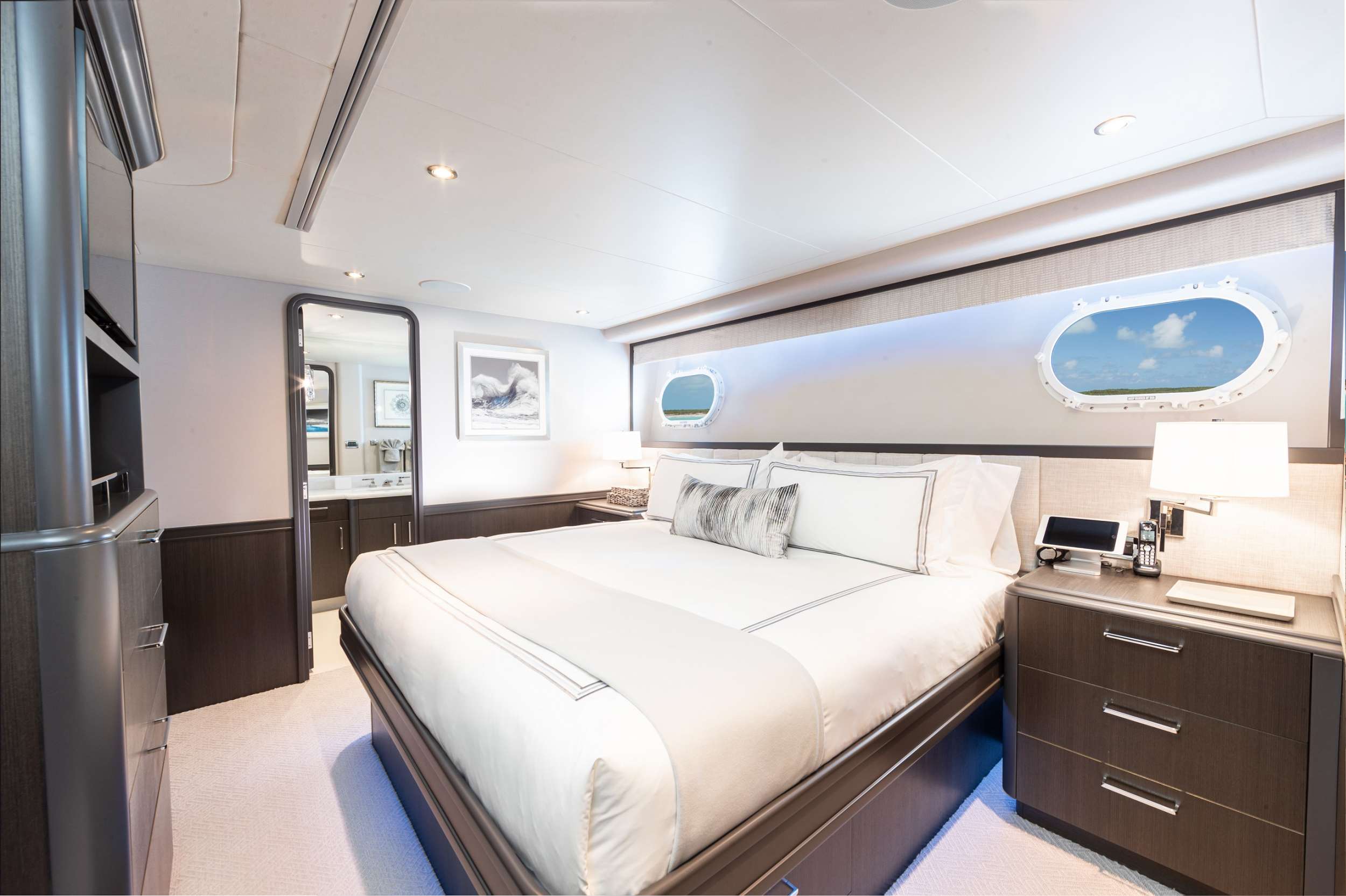 Communications: The Vessel has LTE Cellular Internet at $400.00 per 100 GB available to guests only - all crew use Google-Fi Sims for personal use. If the Marina has wifi available then this will be available depending on costs - usually free. Additionally have VOIP Phone Line Charged at $0.49 per minute 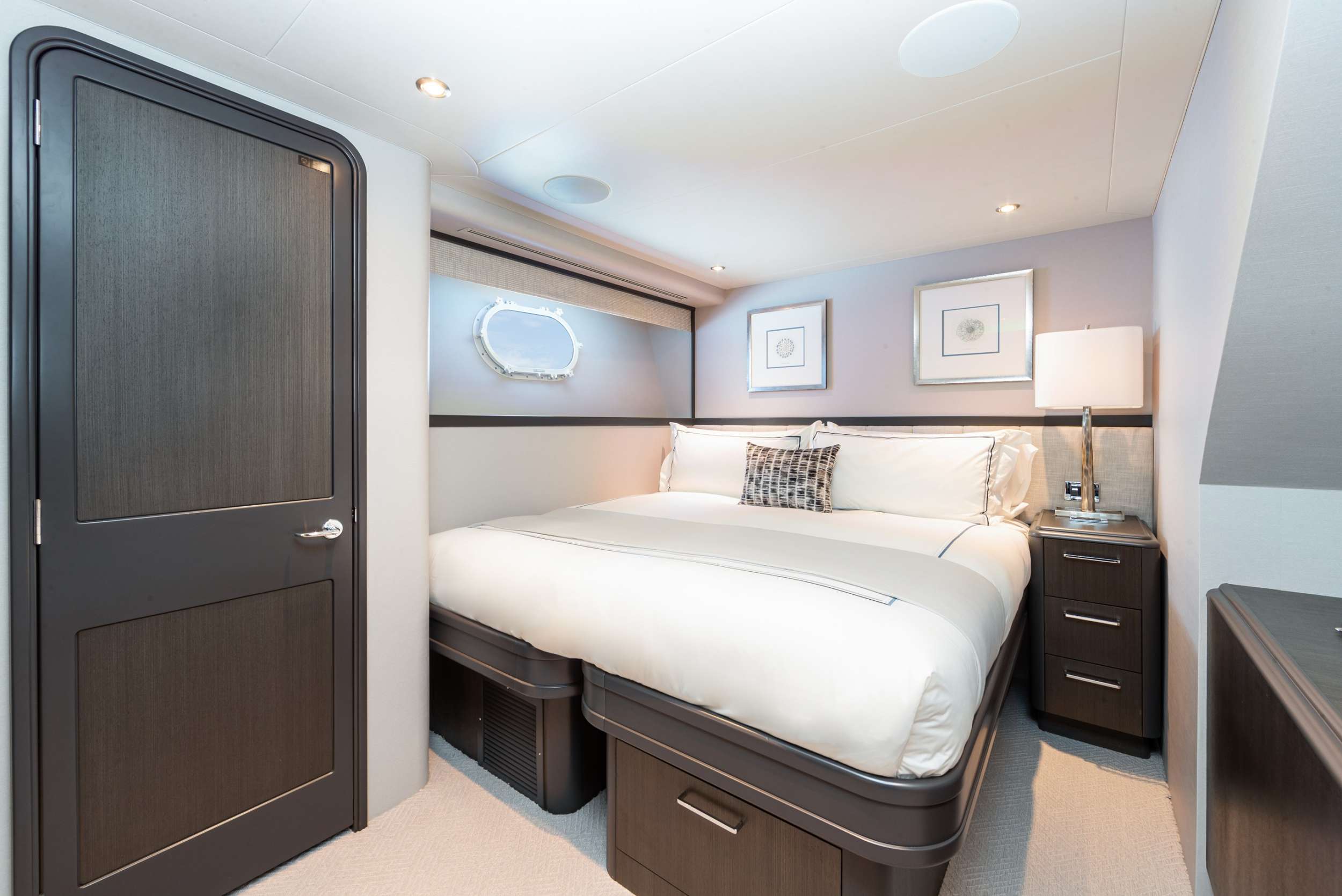 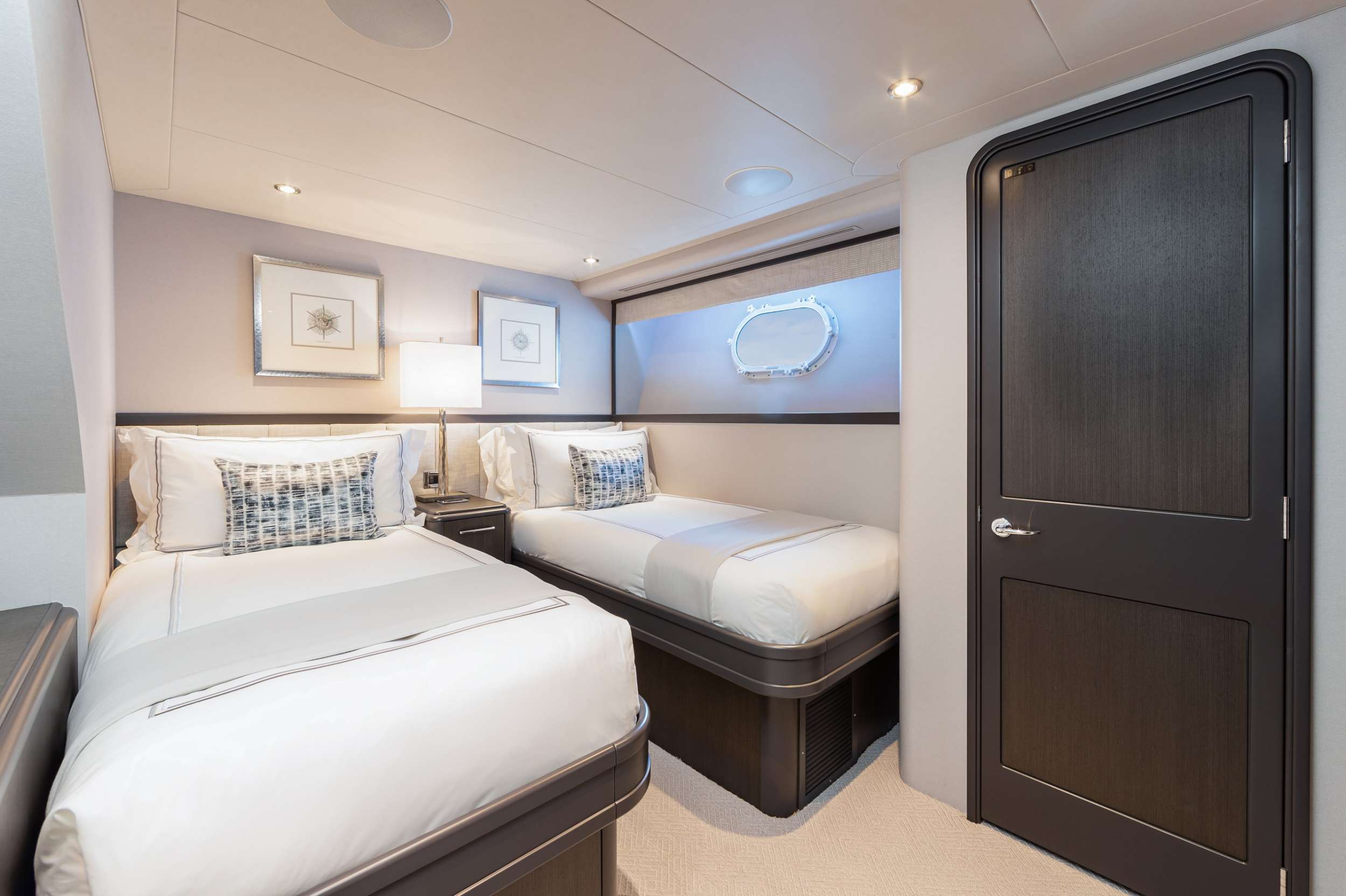 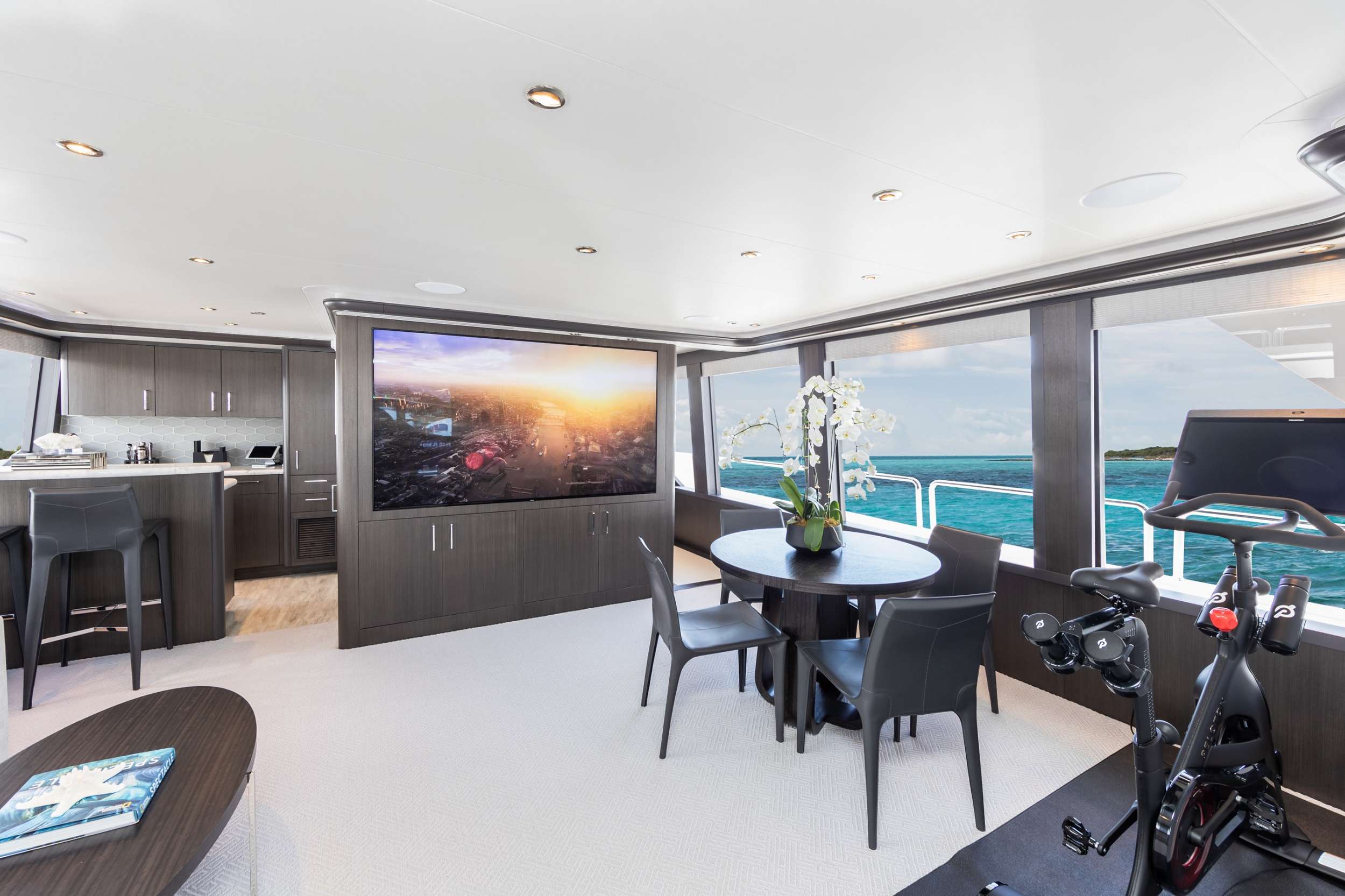 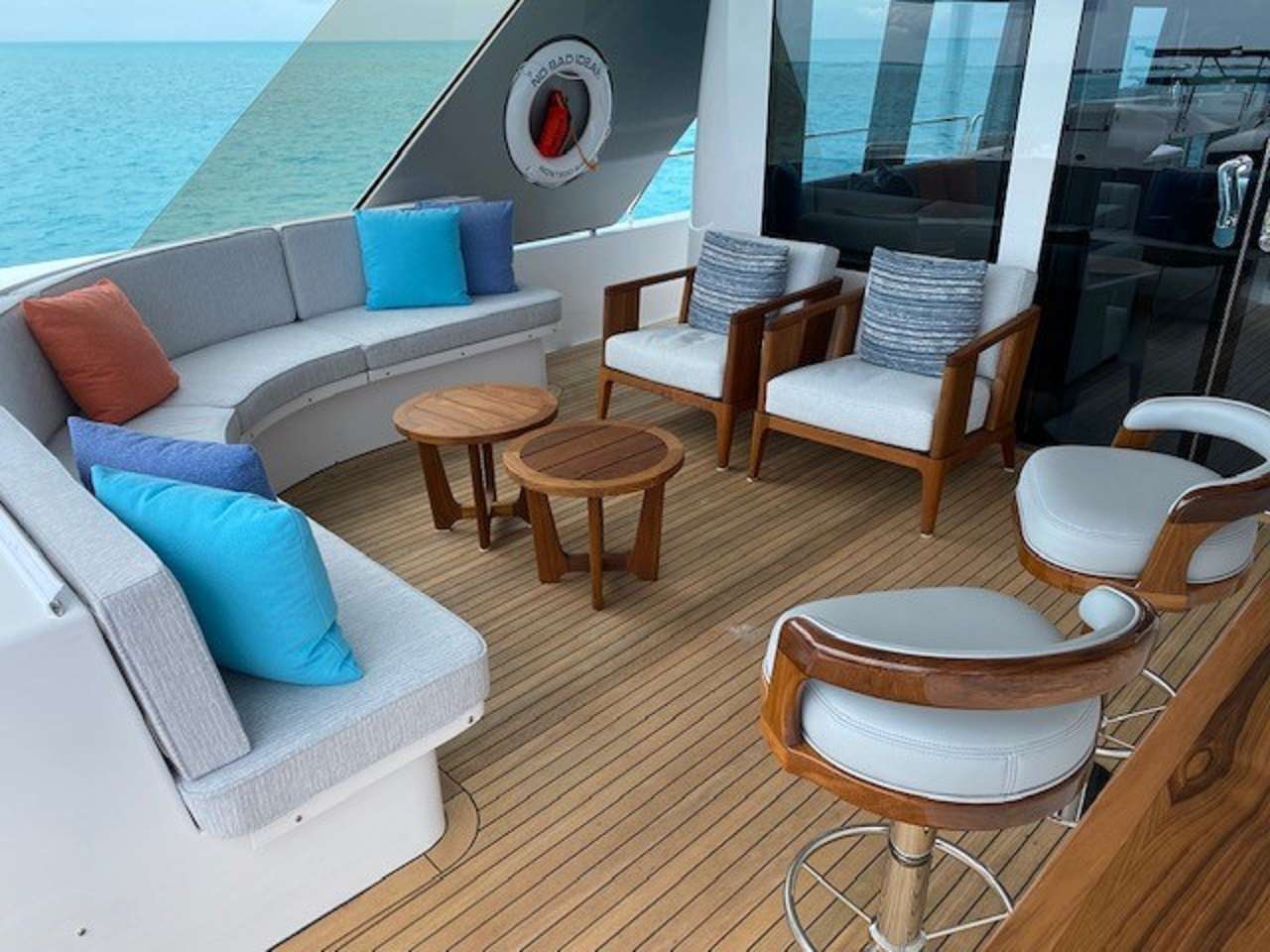 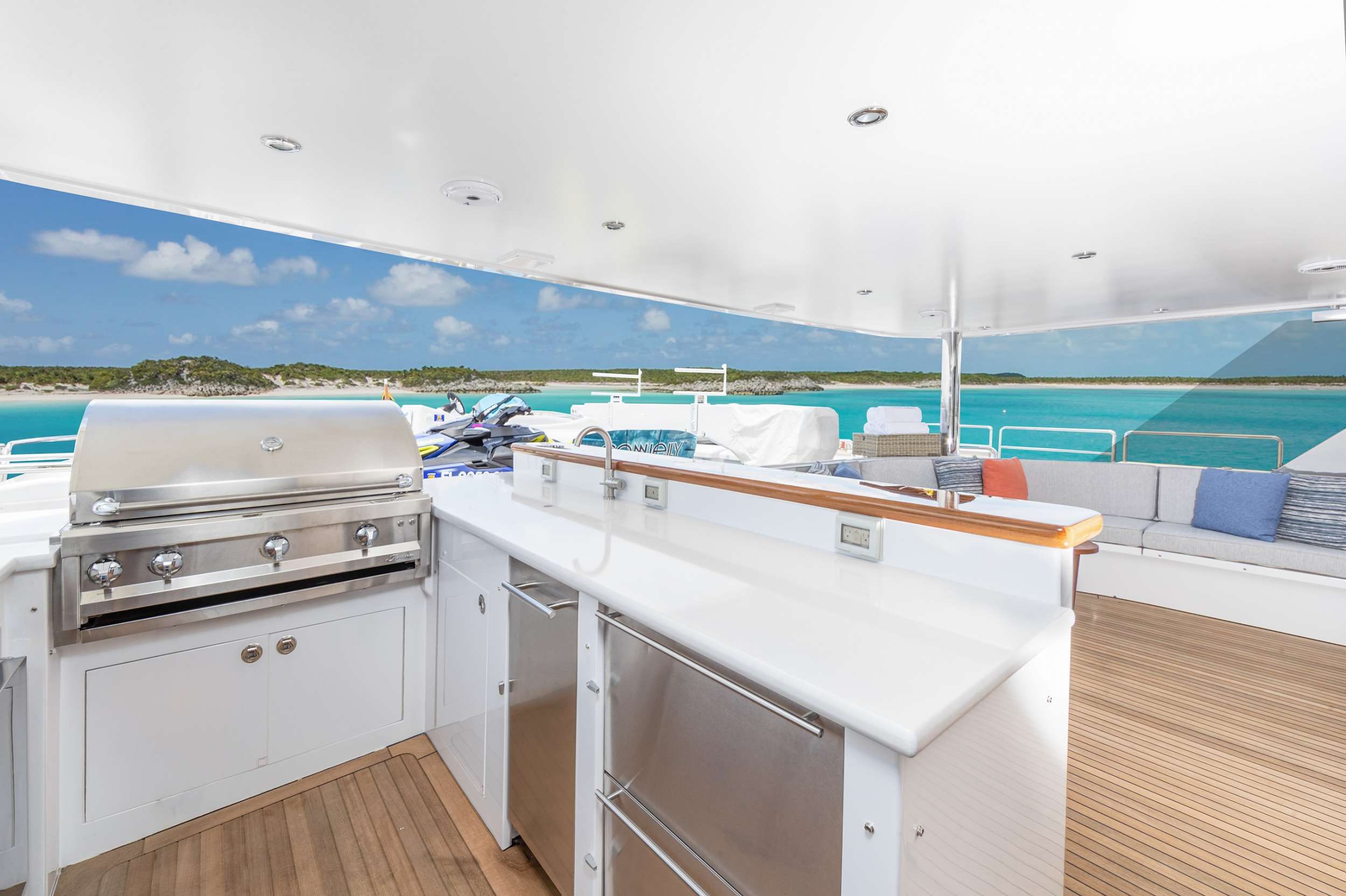 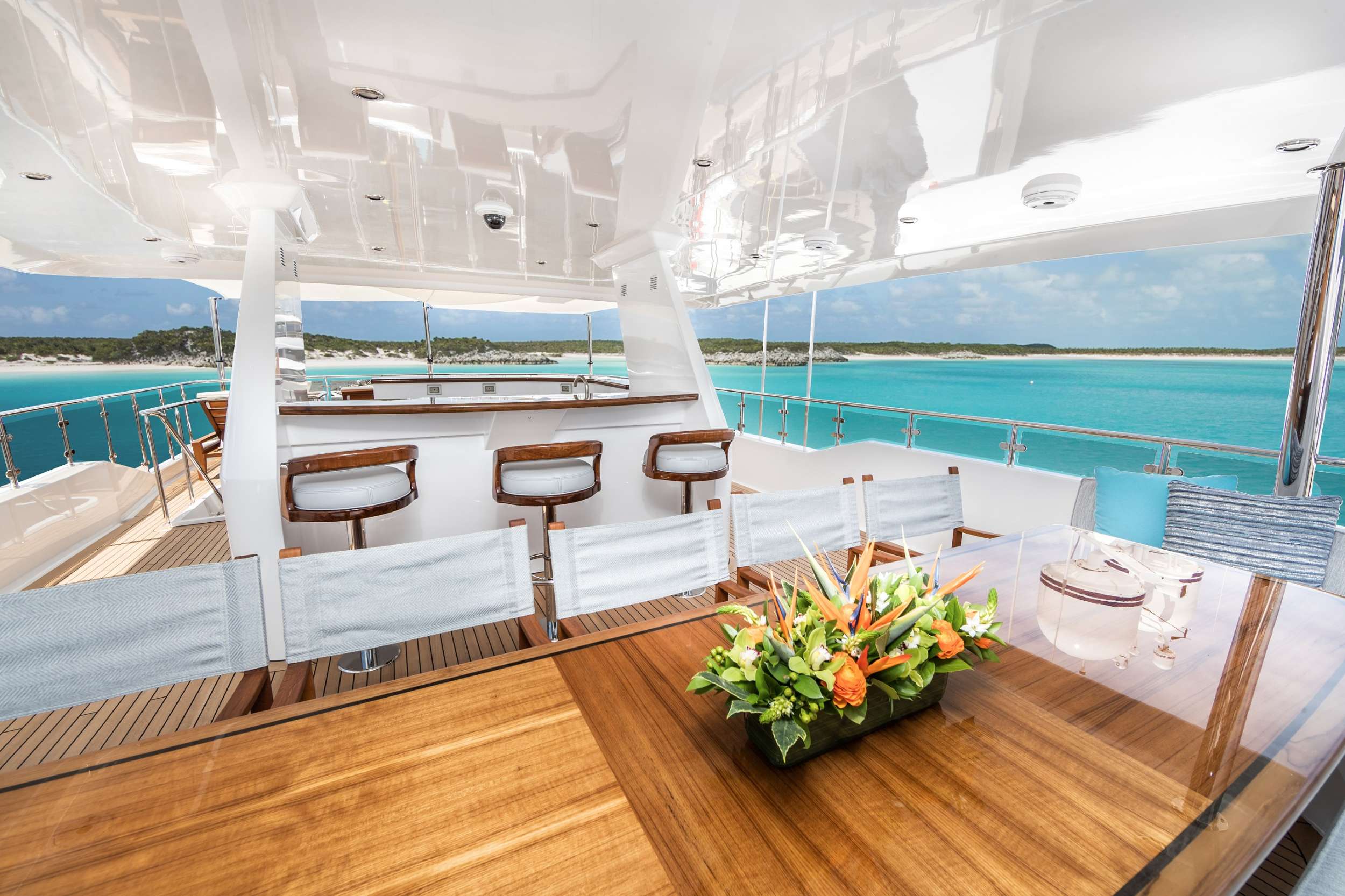 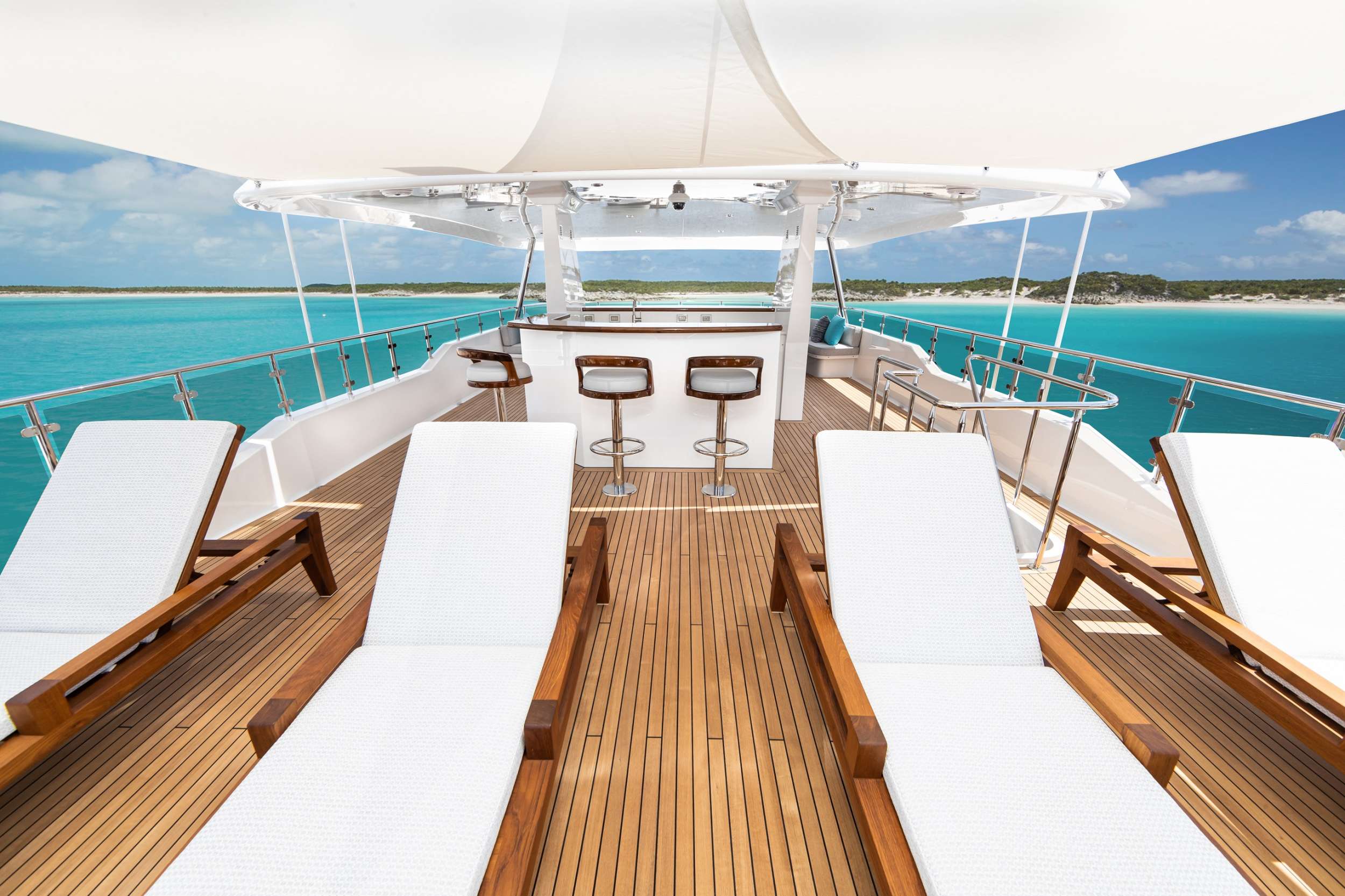 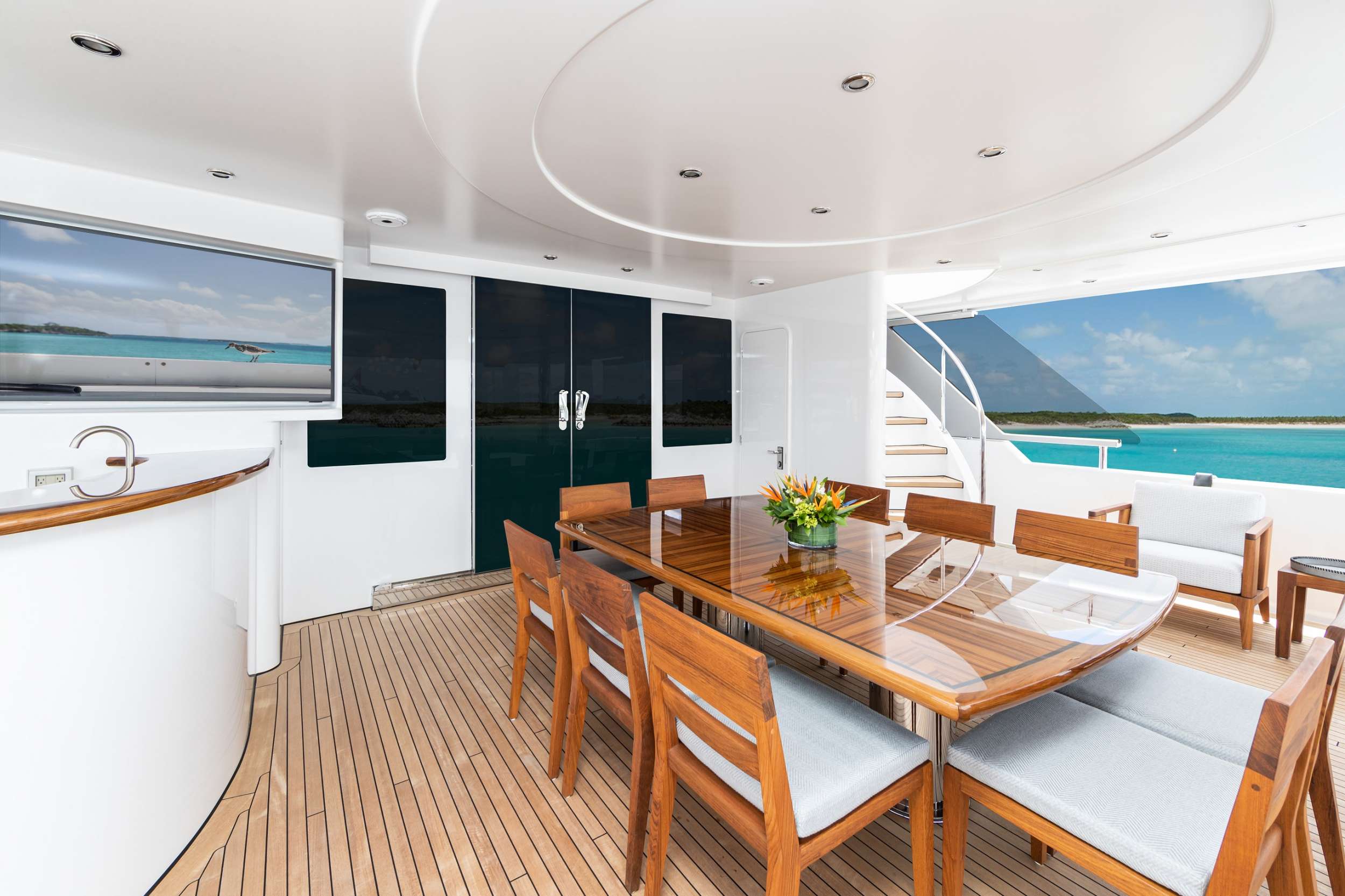 Jonathan Barrett was born in South Africa and grew up in Durban where he spent most of his youth living aboard his parents’ sport fisher in Durban Harbor. This is where he learned how to sail, surf, skateboard, and wakeboard at a young age, and where his passion for the ocean started. Passionate about yachting since childhood, he began his professional career in the industry in 2013 as a mate and is now Captain of M/Y NO BAD IDEAS alongside his wife, Xanthea van Wyk, the Chief Stewardess. He is also working toward his 500GT Masters License at this time. Captain Jon’s pastimes include golf, playing guitar, discovering new restaurants, and surfing, especially exploring new places with secret surfing spots. Of all the destinations he’s traveled to, the natural beauty of Panama has captured his heart, and he plans to open a surfing camp there when he retires from yachting.

Xanthea van Wyk was born in Pietermaritzburg, South Africa, and grew up in a small city on the North Coast Kwa-Zulu Natal. Her passion for the hospitality and tourism industry began in her youth while traveling all over Southern Africa and visiting game parks with her family. After graduating from college and meeting her husband, Captain Jonathan Barrett, she gained several years of land-based hospitality experience while managing game lodges in Namibia before transitioning into the yachting industry. In her leisure time, Xan enjoys reading, snorkeling, running, and paddle boarding. She is passionate about wildlife and loves traveling around the world to observe species in their natural habitats. Following her retirement from yachting, she plans to create a unique collection of glamping-style lodgings in Panama.

Peter Hardwick was born and raised in Durban, South Africa, where his love of the outdoors and obsession with the ocean began. The oldest of three boys, he spent his days surfing, free diving, fishing, and swimming. He learned to sail as a hobby and started his yachting career as a deckhand before becoming a bosun in 2015, working on private and charter vessels in the Caribbean, the Bahamas, the Mediterranean, South and Central America, Alaska, and both coasts of the United States. While he is continuing to build his skillset in the industry with plans to become a Captain, he excels at managing and training deck crews, overseeing all exterior duties, and ensuring all safety protocols are in place. His friendly and hard-working spirit is a welcome addition to the crew of M/Y NO BAD IDEAS. When not working on the water, you’ll find Peter diving, spearfishing, surfing, or skiing

Boudine Nagel was born and raised in Johannesburg, South Africa, and has always been drawn to the outdoors, travel, and the sea. Growing up she spent her time playing soccer, swimming, snorkeling, drawing and learning about new people and places. After visiting her sister in the Bahamas, Boudine decided to join the industry, beginning as a Third Stew in 2016. She brings her passion for the industry and outgoing nature to her role as Second Stewardess aboard M/Y NO BAD IDEAS, ensuring a memorable experience for charter guests. A team player who also works well independently, she is always seeking opportunities to acquire new skills and further her yachting career. When not working at sea, Bou enjoys spending time with family and friends, surfing, paddle boarding, snorkeling, and traveling to new places.

Kimberley hails from arguably the most beautiful part of South Africa, the Garden Route. She grew up as an only child but surrounded by furry brothers and sisters was the best childhood she could've ever asked for. Kimberley began her yachting career in March 2018. After being in the hospitality industry for many years, she wanted to take her experience overseas. Kimberley loves guest interaction as well as being able to be creative in her everyday job, making amazing memories for both the guests and herself. Guests can always count on Kimberley for a good laugh, as she is a very outgoing, bubbly person with a big heart. Kimberley is a great team player who is not only practical but easy-going, approachable, and patient. In her free time, you will most likely find Kimberley outdoors running, hiking, practicing yoga, or indulging in a good book. She loves learning about new cuisines and never misses a chance to try local cuisine or go to a local market.

Chef Warren was born and raised in Cape Town, South Africa where he spent a lot of time on their farm in his mother's grandmother's kitchen. He began his career as a chef in 2002 and hasn’t looked back. Chef Warren has owned his own restaurant, been a consultant to many others, has done a lot of private and villa dining, and spent 2 years in Bali as Head chef of Ku De Ta. He decided he wanted to pursue his yachting career about 7 years ago after spending 2 years on and off M/Y Lady Christine. Chef Warren is classically French trained but has experience with many other cuisines and can cater to all different palates. He can accommodate any dietary requests and will always make sure everyone is accounted for. His plating style varies to suit the occasion, but he generally likes to do more relaxed family-style lunches that keep guests and crew energized throughout the busy day. For dinners, he likes to work with the stews to incorporate themed courses. Chef Warren loves the gym, yoga, photography, Jiu-Jitsu, golfing, and surfing but his greatest passion is food and the opportunity to create amazing dishes for guests to enjoy. Chef wants all guests to feel at home but also spoiled without having to ask for too much.

Niel Rossouw was born to a winemaking family in Paarl, Western Cape, South Africa, and raised on a farm in the Breede River Valley. As a child, he spent his time mountain biking, hiking, working in the wine cellar, and playing rugby at school. Farm life and working with the wine machinery sparked his passion for engineering and following high school, he moved to Cape Town to study toward his diploma in Mechanical Engineering. At the same time, he became the lead guitarist in an oldies cover band, playing weddings, pubs, festivals, and more. After working as an engineer across the continent of Africa for six years, he realized the joy he found in travel and decided a career in yachting would allow him to work while seeing more of the world. His first marine engineering assignment had him crossing the Atlantic on a sailing catamaran from Cape Town to Grenada alongside three other crew members. As much as he loves the sea, he is equally passionate about renovating and general woodwork. His goal is to complete his
Chief Engineer 3000GT license and start working on a rotational basis so he can have time on land to start doing home renovations. Playing acoustic and electric guitar is still his biggest hobby, but Niel also loves snorkeling, reading, and working on his home aquariums.

Divan grew up in Pretoria, South Africa but moved to Umhlanga, Durban when he was in high school. During his childhood he did competitive endurance riding after school and later went on to obtain his private pilot’s license. After a friend made the suggestion, Divan decided to step into the yachting scene in 2017. At the time he wasn’t sure what he was getting into but now he couldn’t see himself anywhere else. First starting off as a Deckhand, Divan has learned the ins and outs of vessels and is now in the process of obtaining his SV license. Friends would describe Divan as energetic, enthusiastic, and eager. He is currently trying to learn how to play the saxophone but also enjoys running and cycling in his spare time.

Cameron grew up in Cape Town, South Africa with a very athletic family as both of his parents were sponsored water-skiers. Capitalizing on his athletic genes, during high school Cameron started to take stand-up paddleboarding to the next level and began competing on the local circuit. Ever since he was little, Cameron was always on the water as his family had a boat. This led him to get introduced to yachting at a young age. Cameron loves to combine his photography and videography skills with his water sports background so guests can always count on Cameron to capture some great footage. He is known for being patient and is always willing to teach anyone that is willing to learn. In Cameron’s spare time you can find him being a videographer, stand-up paddleboarding, sailing, golfing, hydro-foiling, wakeboarding, surfing, snorkeling, or hiking. He hopes all guests leave NO BAD IDEAS with a record of nothing but great memories.