At Barrington Hall we provide motor yacht charters around the world on various luxury yachts. The Motor Yacht listed below, NEVER ENOUGH, is one of the many motor yachts we offer for charter. Please contact us for up to date information on NEVER ENOUGH or any other yachts in your desired location. 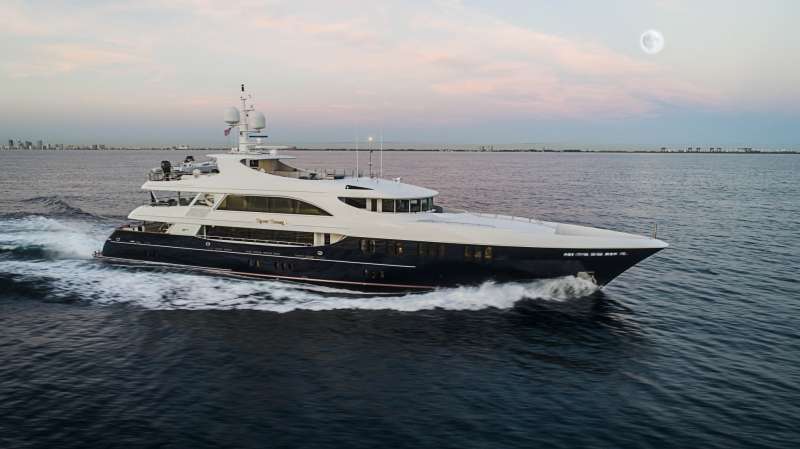 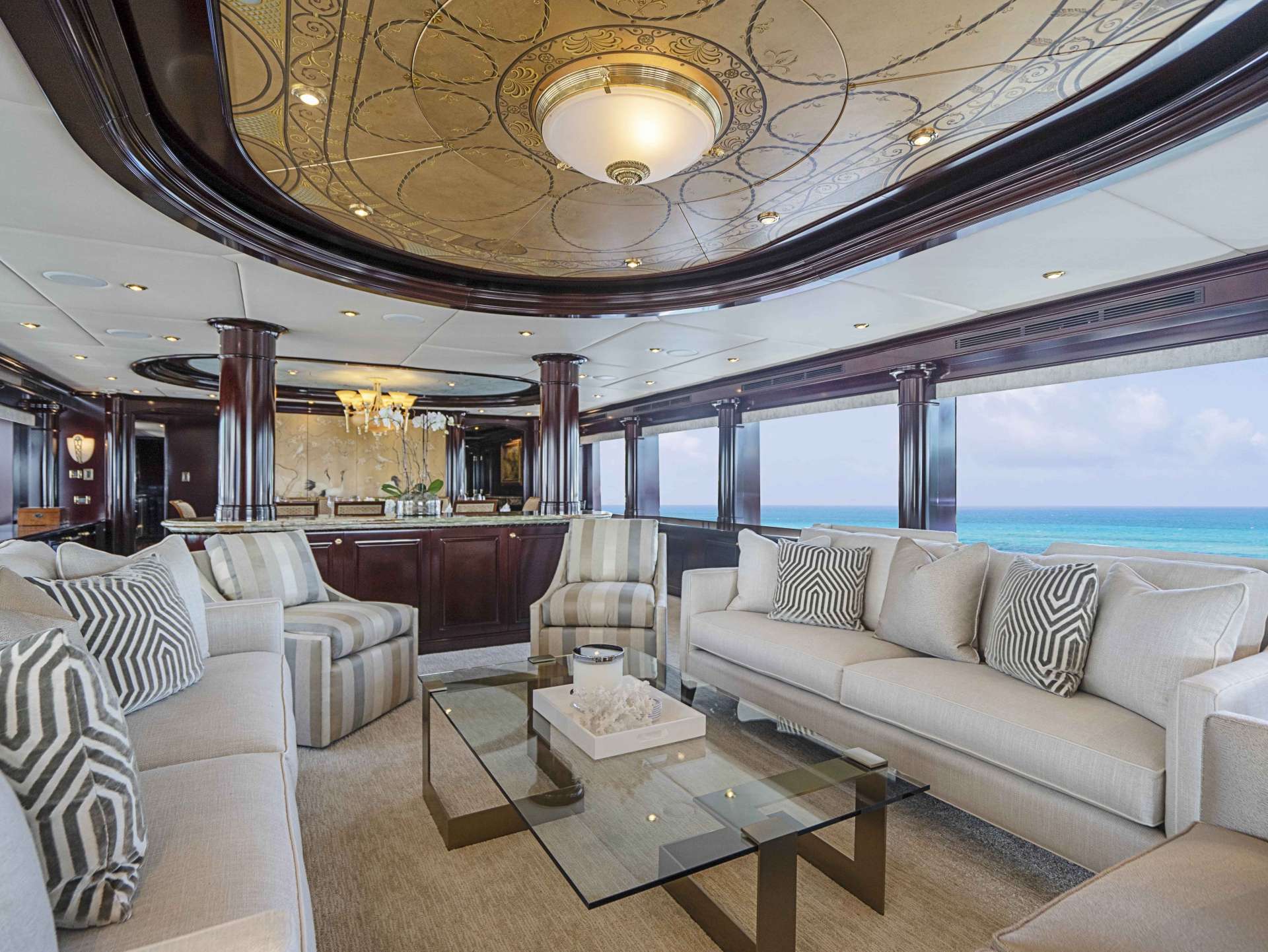 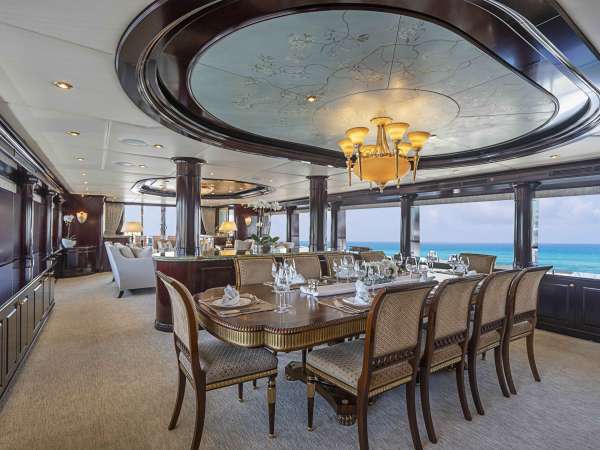 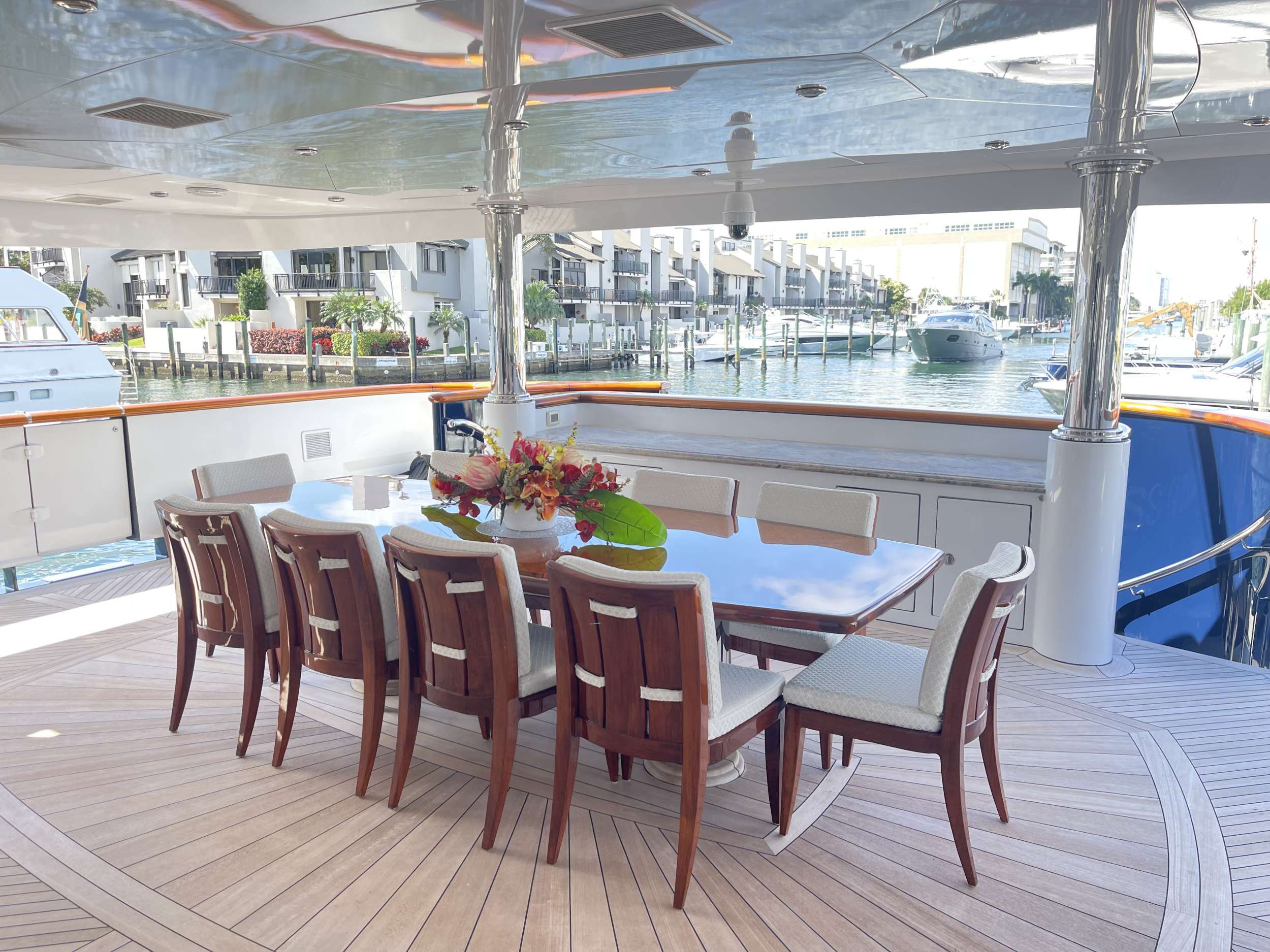 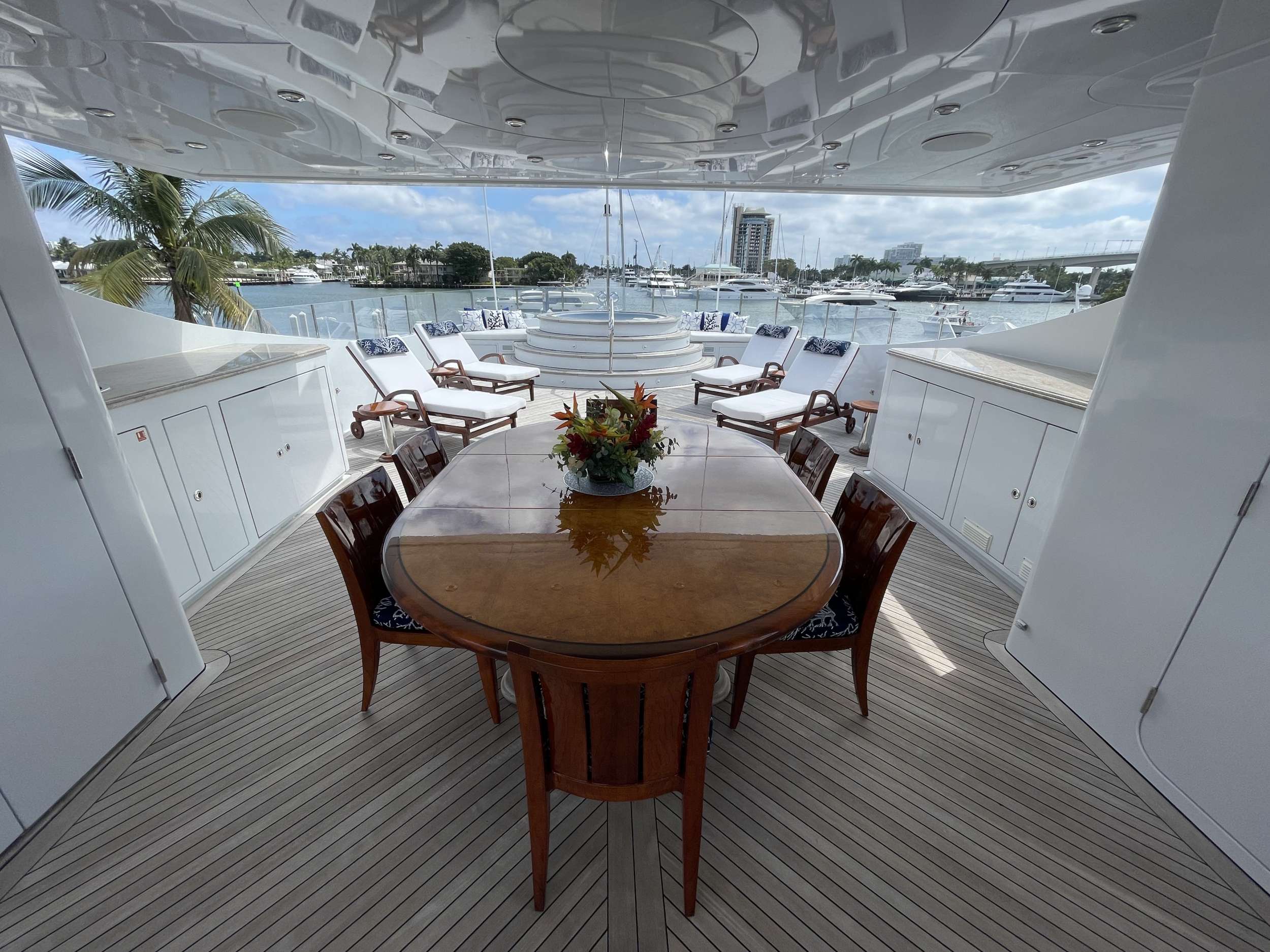 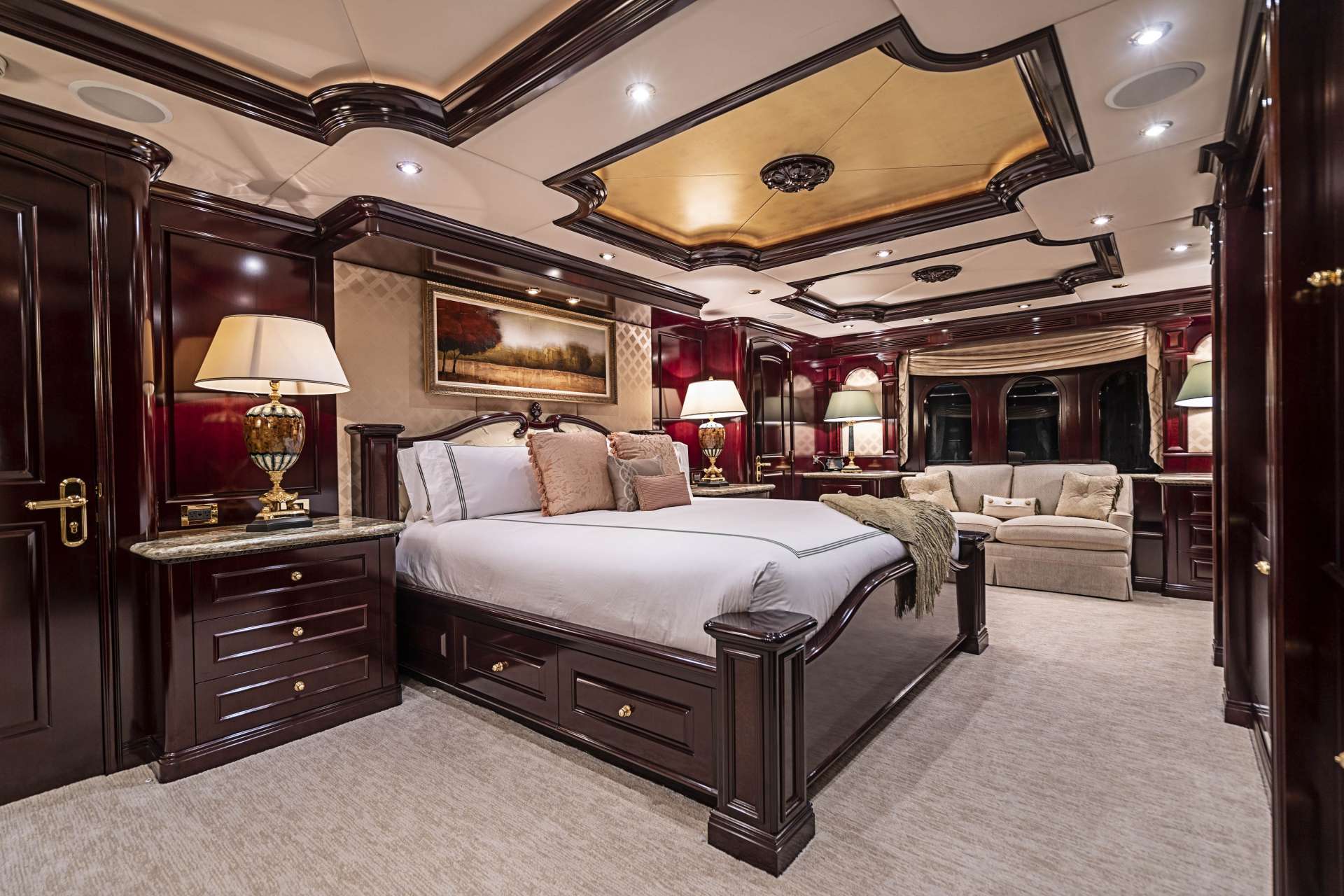 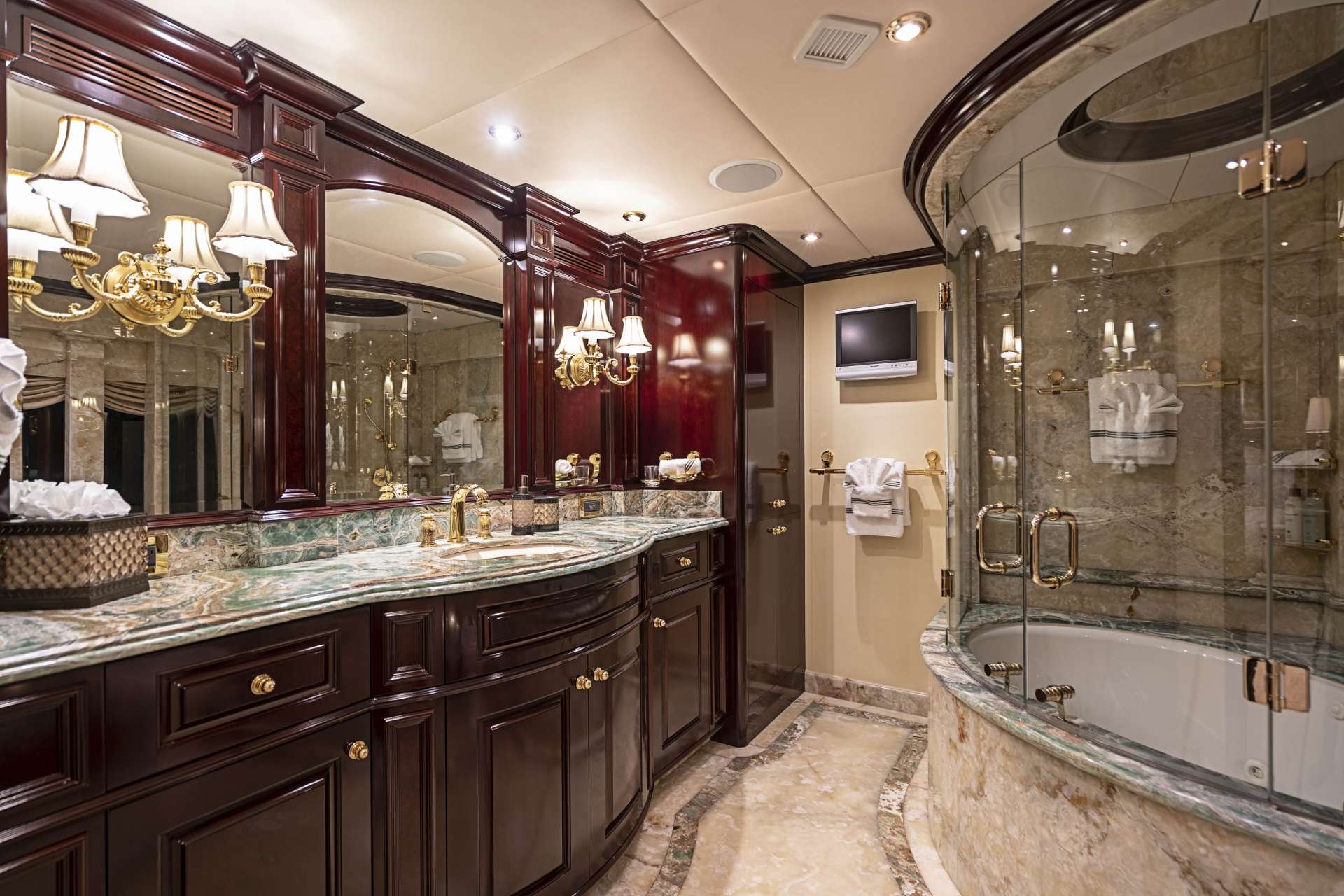 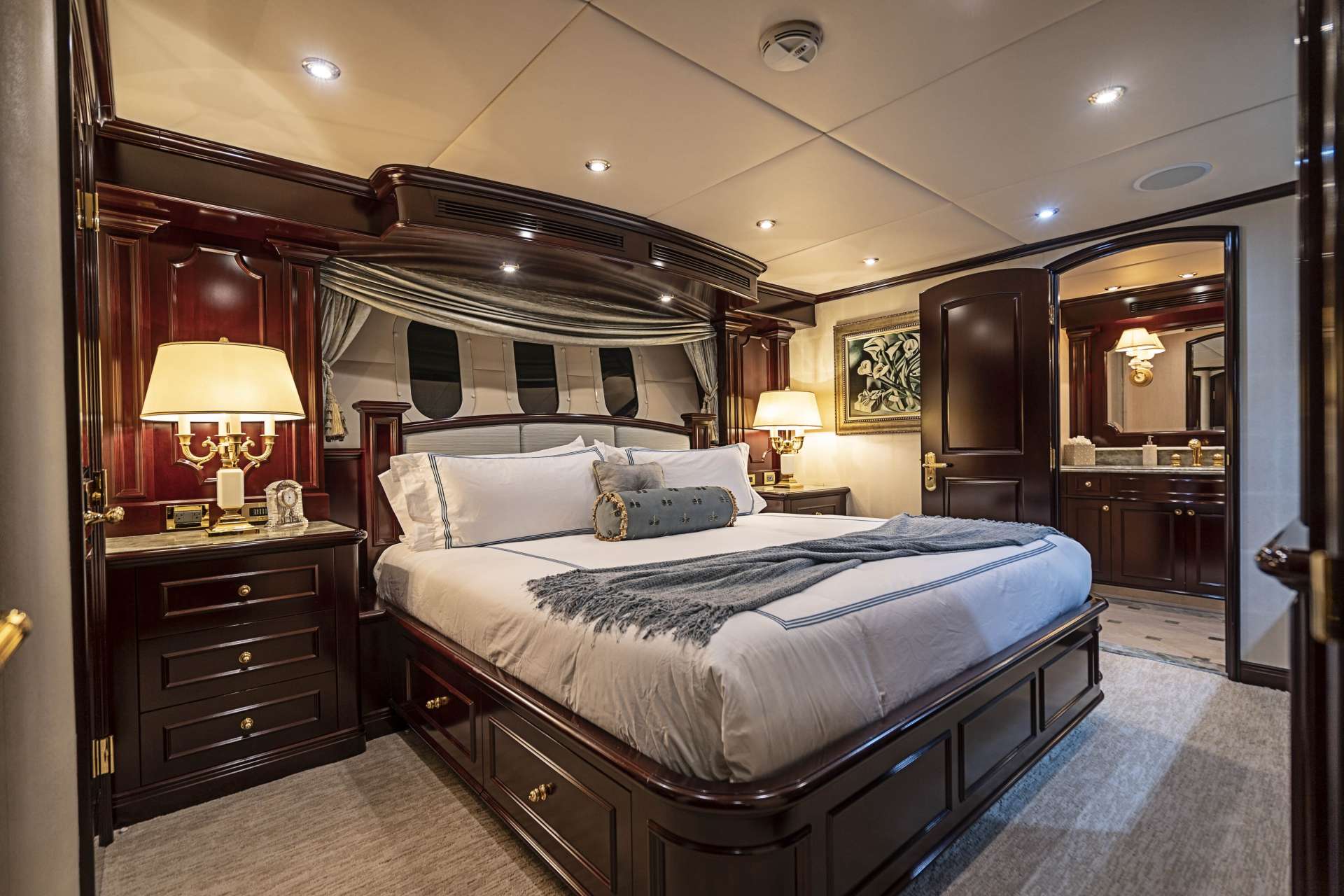 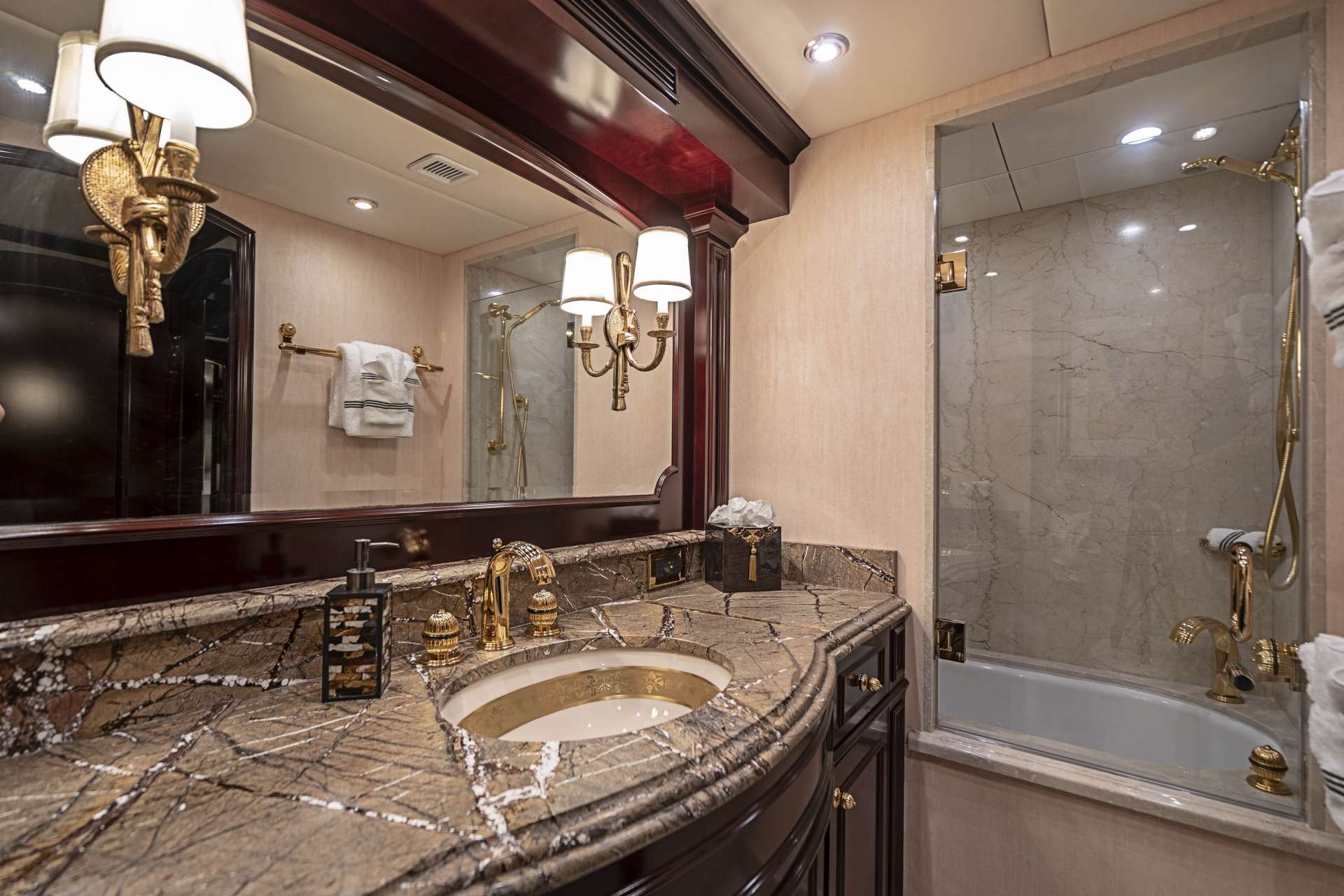 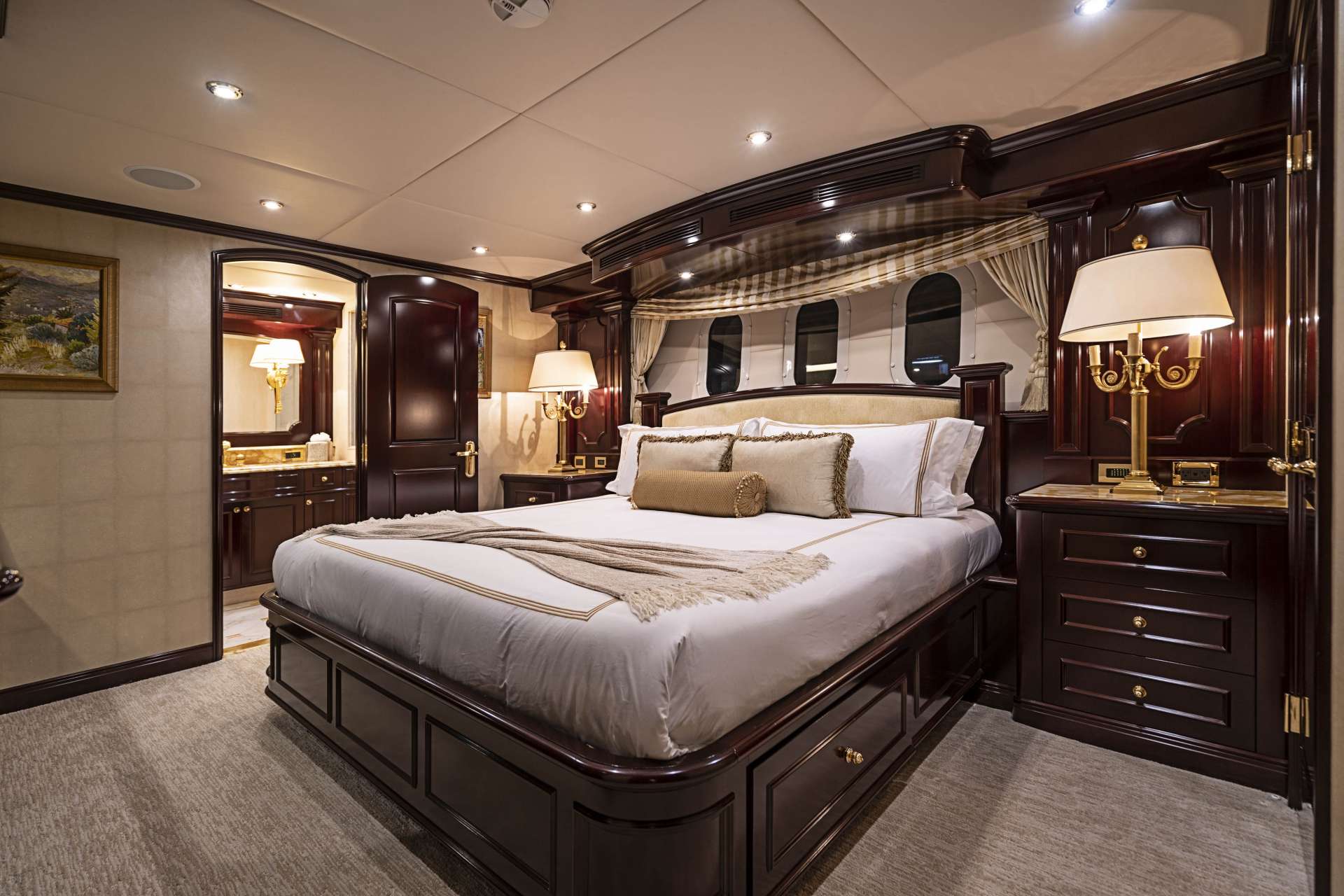 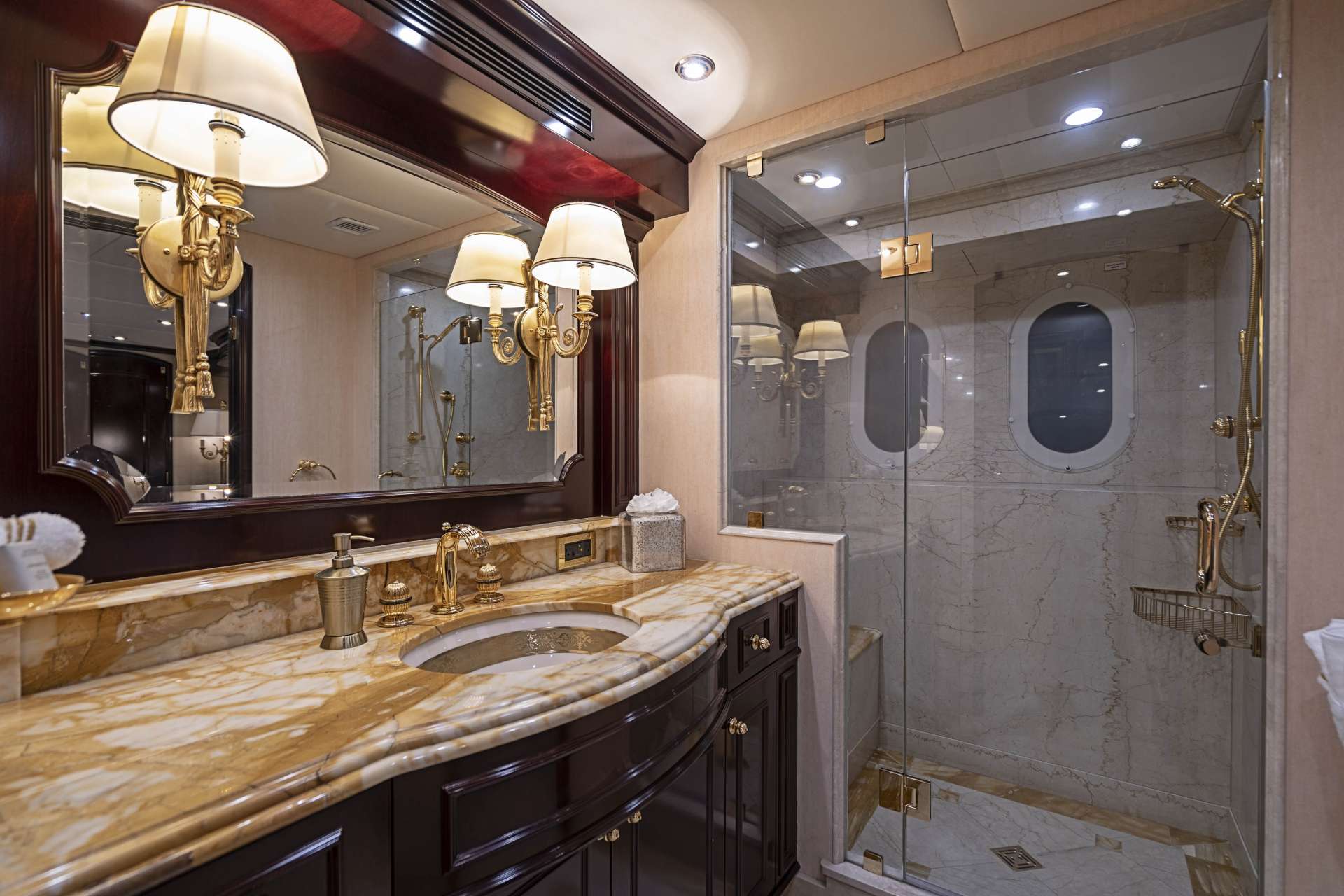 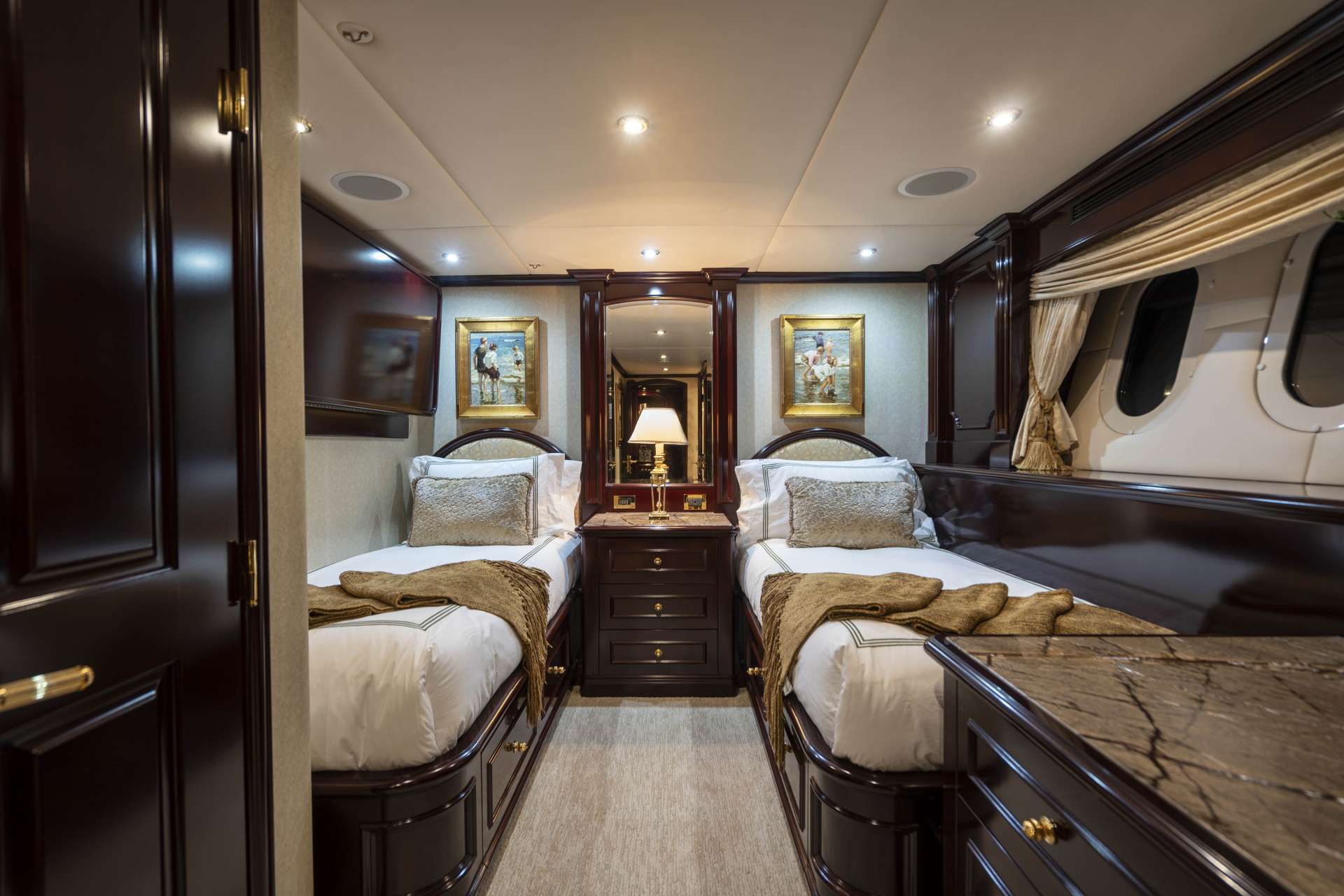 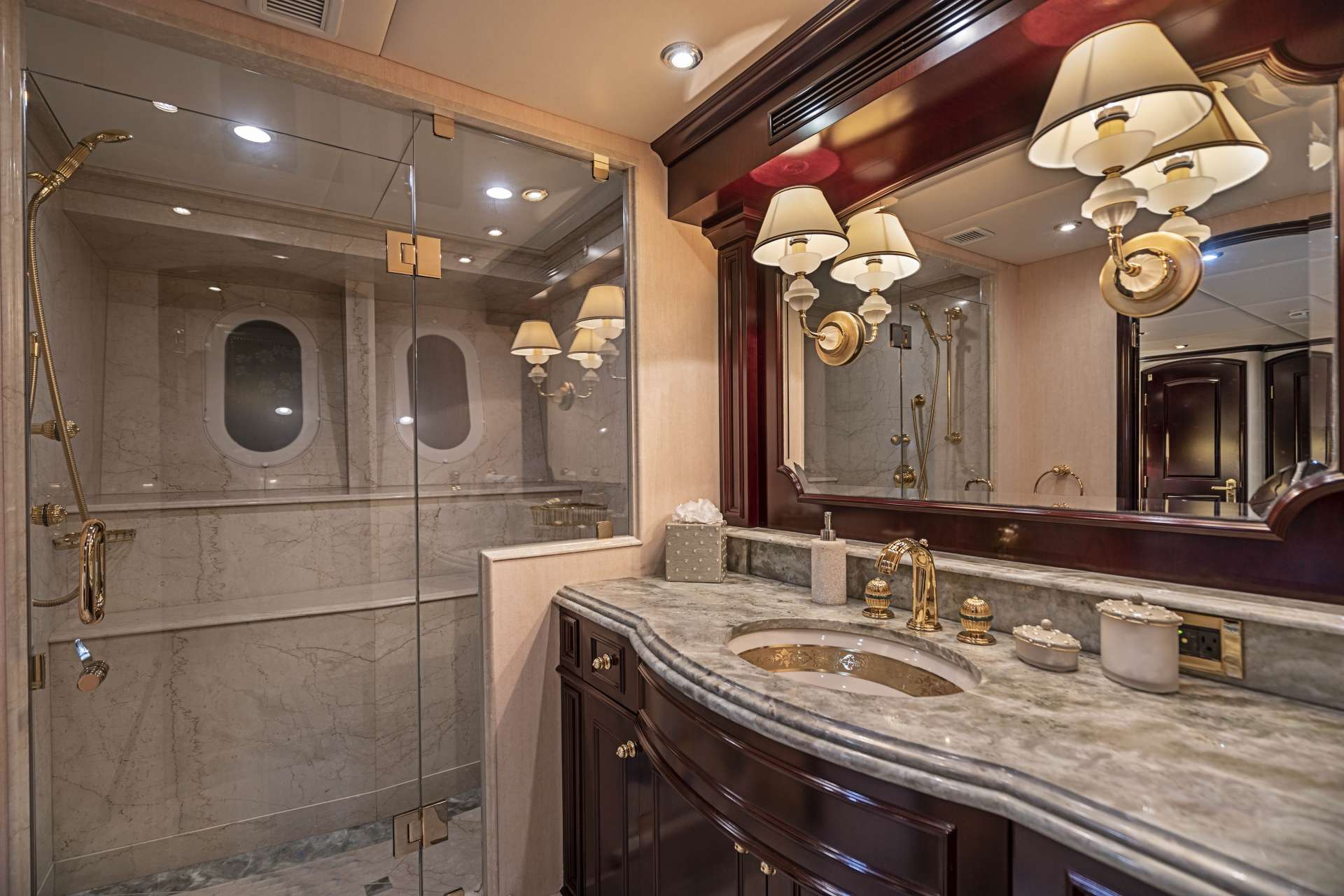 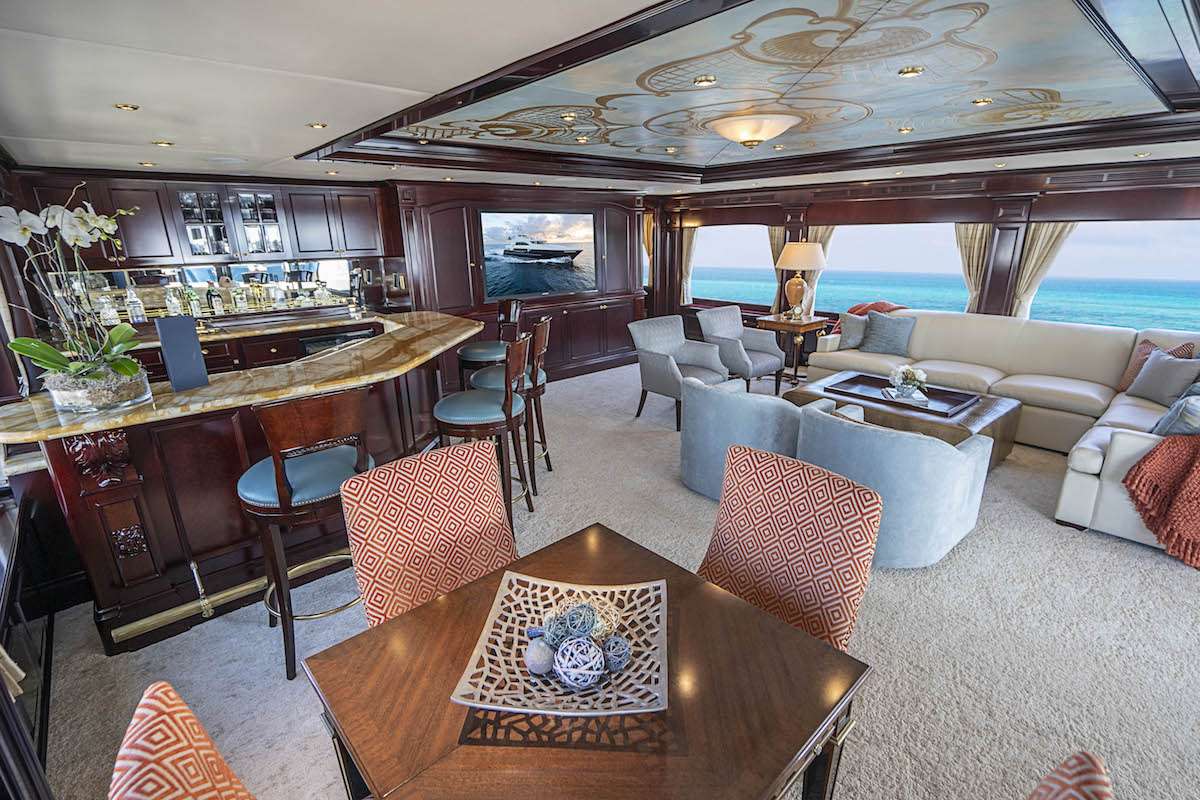 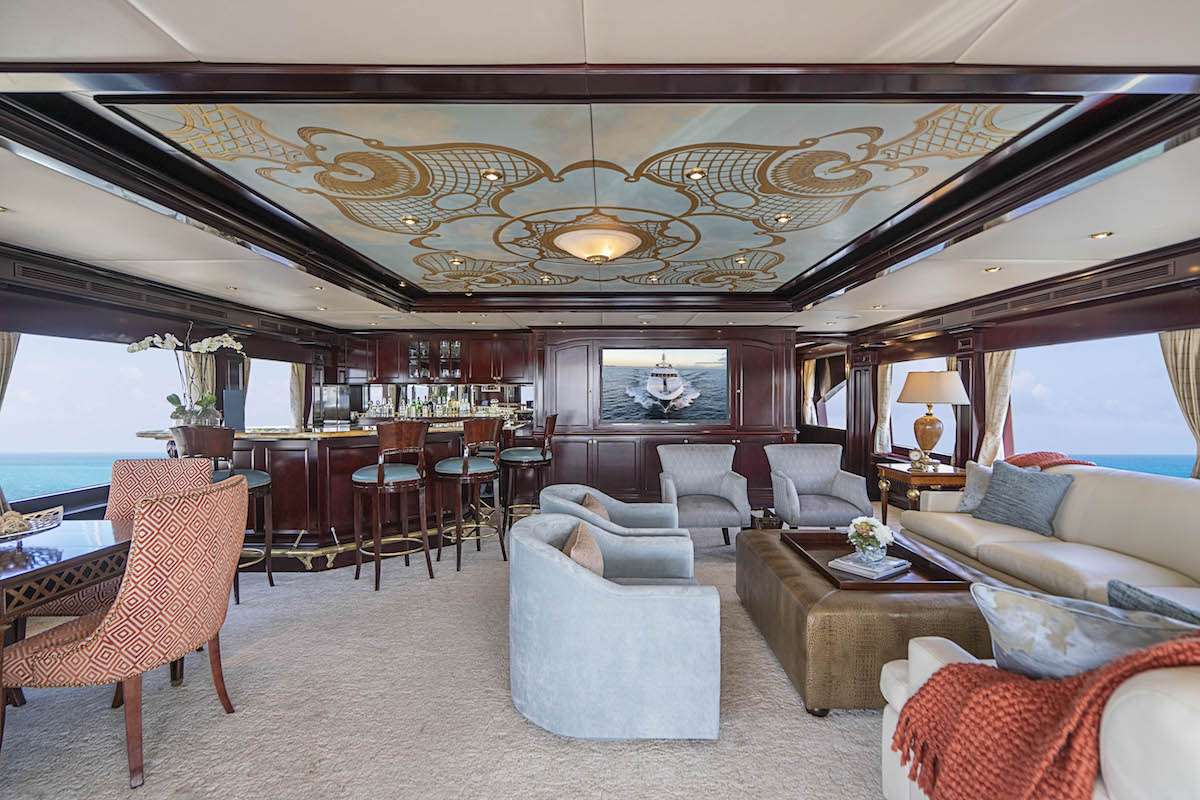 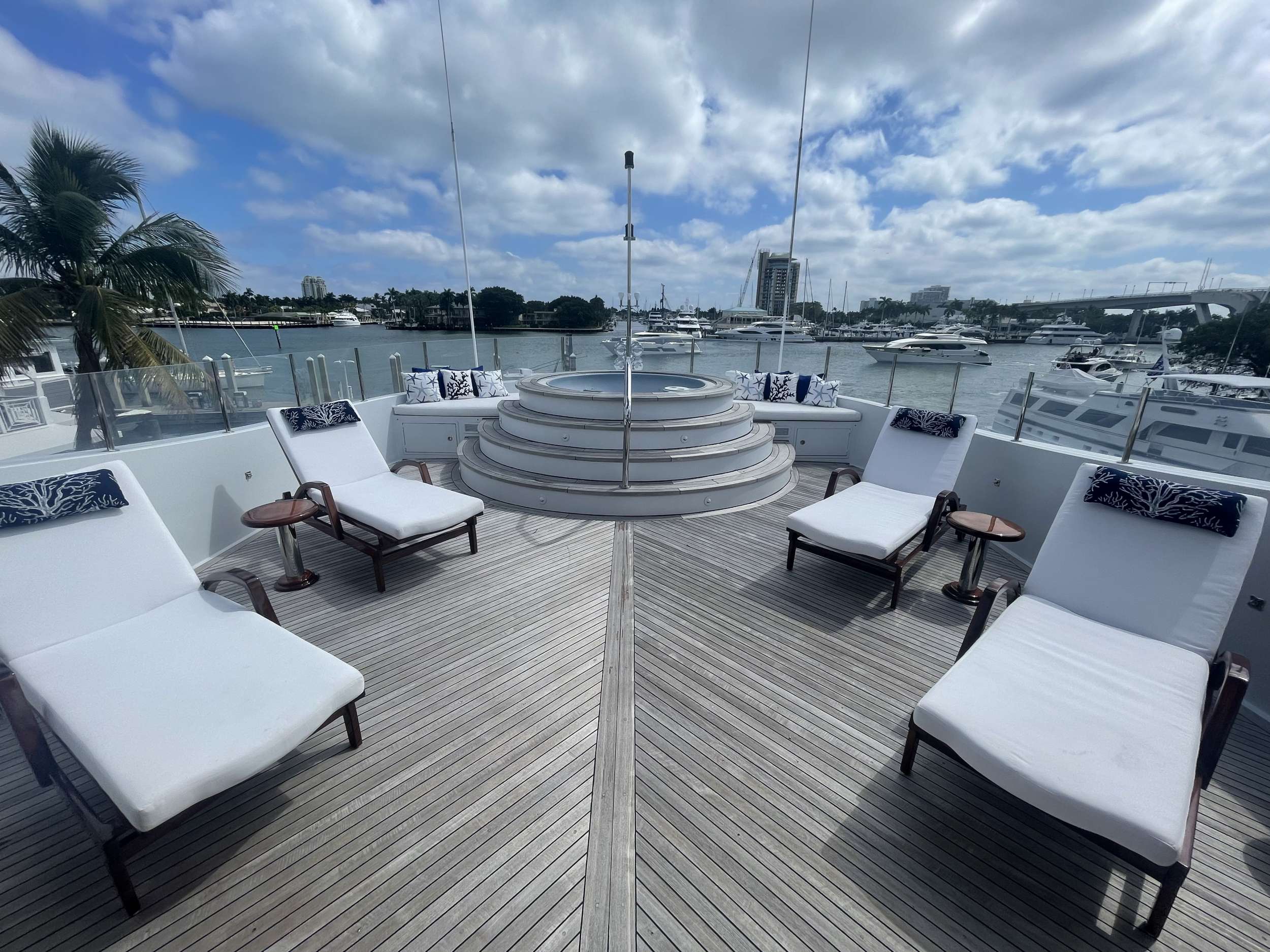 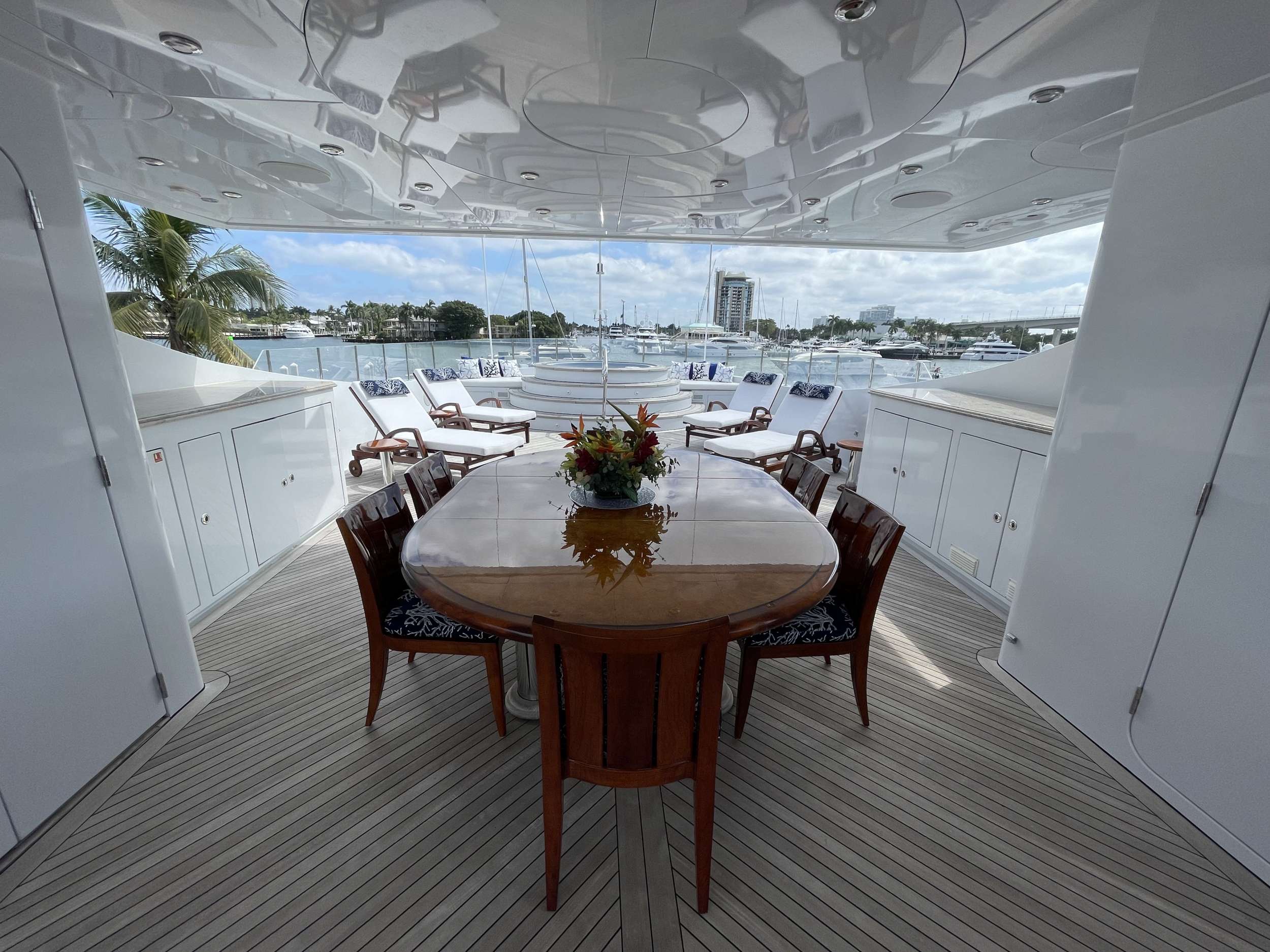 Crew Profile
CAPTAIN: KC Caulfield United States
Keith Caulfield, known as KC, grew up in St. Croix, one of the US Virgin Islands. As a child, he spent many weekends on his dad’s fishing boat and later worked for a tour and dive charter company on his home island. Although KC has held a Captain’s license for eighteen years, he began his career in yachting as a deckhand/steward and has held the positions of mate and engineer. He knows the importance of a well-rounded crew member and a strong charter team. For years KC has captained both owner trips and charters throughout the Bahamas and Caribbean offering his local knowledge of these cruising grounds. His charter successes can be attributed to his enthusiasm to explore as well as his extensive knowledge of the best charter destinations. KC is great with children and has two boys of his own. He loves fishing, shelling, snorkeling, and anything to do with water sports.

FIRST MATE: Matthew Nance United States
Matt was raised in Charlotte, NC, and spent summers and Holidays on his father’s sail boat. They sailed along the US East Coast, Bahamas, and Caribbean. Matt studied to earn a degree in Aerospace at Middle Tennessee State. After graduating he was selected to the Air National Guard where he worked for 10 years as a C-130 Pilot. While doing humanitarian relief, he was one of the first pilots to bring aid to Hurricane Katrina victims. After retiring the Air Guard, Matt missed the ocean and moved to Charleston to work as a Fort Sumpter guide and captain. After Charleston, Matt worked in Alaska as a sport fishing guide. He is sure to make your trip onboard a memorable one.

ENGINEER: Harry Pollard United States
Harry was born in Union, Maine which is near the coastal town of Camden. From the age of 6, his favorite hobby has been motorcycles and dirt bikes. He has spent the last 10 years passionately racing Enduro-Cross Country races. He left Maine to find a warmer climate after high school and ended up in Fort Lauderdale, Florida, where he by chance ended up working with hydraulics and carpentry on board yachts. Over the last 34 years Harry has become a qualified Marine Engineer through the US Coast Guard and has gathered priceless hands on experience.

CHEF: Noah Aguilar United States
Noah grew up in a small town in Southern Arizona where he got his first job in a kitchen as a dishwasher. At Northern Arizona University where he began studies in Literature, Noah began catering for large parties mainly serving Mexican and vegetarian fare. He decided to leave NAU and moved to Vermont to attend New England Culinary Institute. Noah graduated in 1998 and worked in numerous kitchens throughout the States. He has worked alongside James Beard, award winning chefs, as well as 4 Diamond Restaurants. He was the Executive Sous Chef of Il Pasticcio when USA Today nominated it as one of America's top Italian restaurants. In 2008, Noah’s desire to travel brought him into the yachting industry where he has worked in the Mediterranean, Caribbean, New England, Alaska, through the Panama Canal and most recently Cuba. Noah’s strong passion for food and ingredients is sure to give you a tasteful culinary experience onboard.

CHIEF STEWARDESS: Kerrigan Mason United States
Kerrigan was born and raised in Stuart, a beautiful seaside town located on the East Coast of Florida, renowned for its beautiful scenery. Kerrigan spent the majority of her childhood immersed in the sea. With her passion for the ocean, travel and hospitality she decided the yachting industry would be the perfect fit. She even attended Private Butler training in London. Kerrigan enjoys challenges and takes pride in providing excellent service on board M/Y Never Enough. In her free time she enjoys photography, fashion and spending time with family and friends.

SECOND STEWARDESS: Katie Fitzpatrick. United States
Katie is from Baltimore, Maryland. Growing up in a boating town she spent most of her time on the water. Katie went to Harford Technical Highschool and majored in Culinary Arts and Business Management. She has always had a passion for being on the ocean so she decided to start her career in the yachting industry. She loves exploring new places and learning about other cultures. She also enjoys snowboarding, playing lacrosse, photography, and event planning. Her interest has made yachting the perfect career for her.

BO'SUN: Brendyn Levasseur United States
Brendyn was born and raised on the west coast of Florida in a town called Tarpon Springs. He grew up fishing, surfing, and playing soccer competitively. His love for the ocean and fishing lead him to a career in the yachting industry, where for the last four years has given him the opportunity to travel the Caribbean and United States. His favorite thing to do when not working is going for a surf.

DECKHAND: John Scheck United States
John was born and raised in Central Florida, in a town called Winter Park. Growing up his hobbies included wake boarding, salt water fishing and motocross. John played soccer since he can remember and was on the Varsity Soccer team during High School. After graduating, John attended State College for a couple of years until he moved to Ft. Lauderdale to pursue a job on the water. John has always loved salt water aquariums so while getting his STCW and work experience, he worked with an aquarium service company. He really enjoys the comradery that yachting provides and loves that he gets to work on the water and experiences new places. He is an asset to our team and is sure to help make your stay an enjoyable one.