Motor Yacht A PLACE IN THE SUN

At Barrington Hall we provide motor yacht charters around the world on various luxury yachts. The Motor Yacht listed below, A PLACE IN THE SUN, is one of the many motor yachts we offer for charter. Please contact us for up to date information on A PLACE IN THE SUN or any other yachts in your desired location. 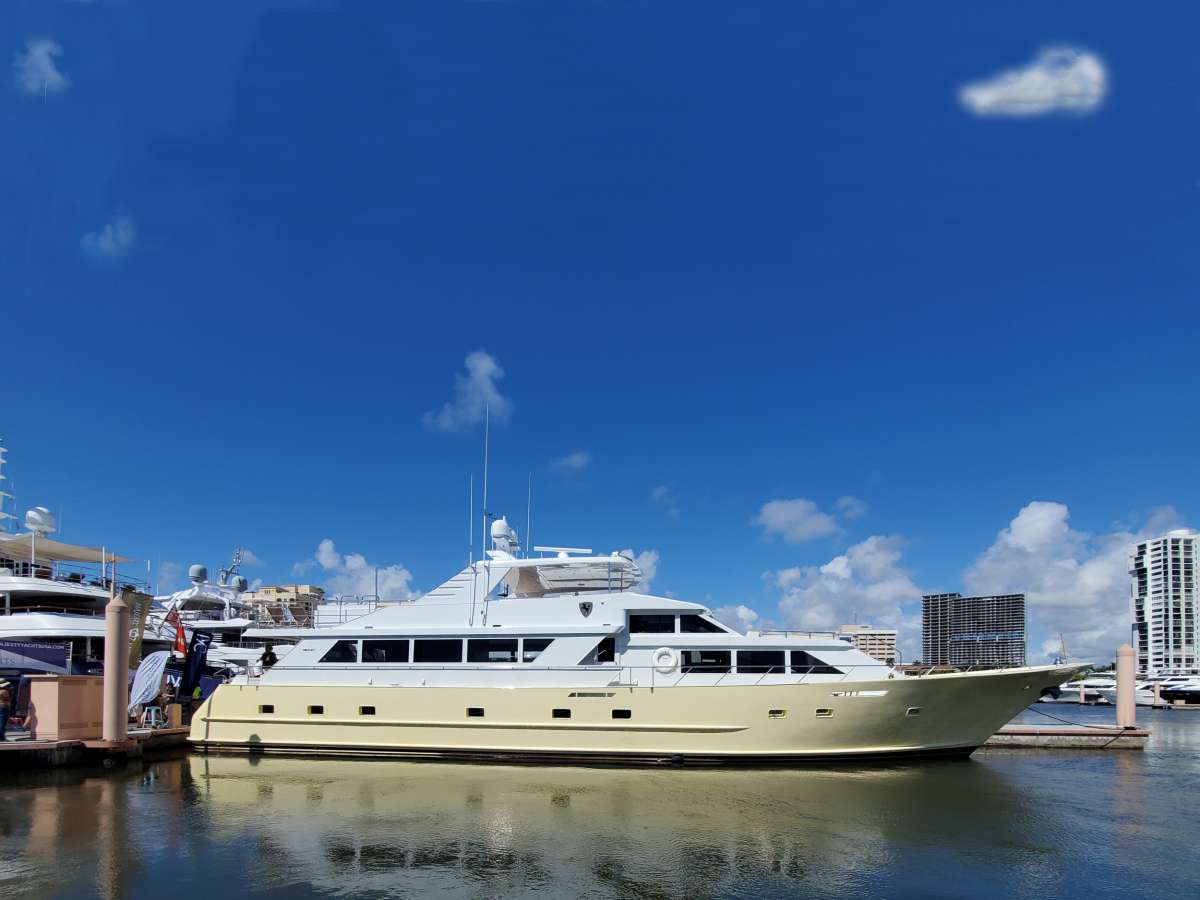 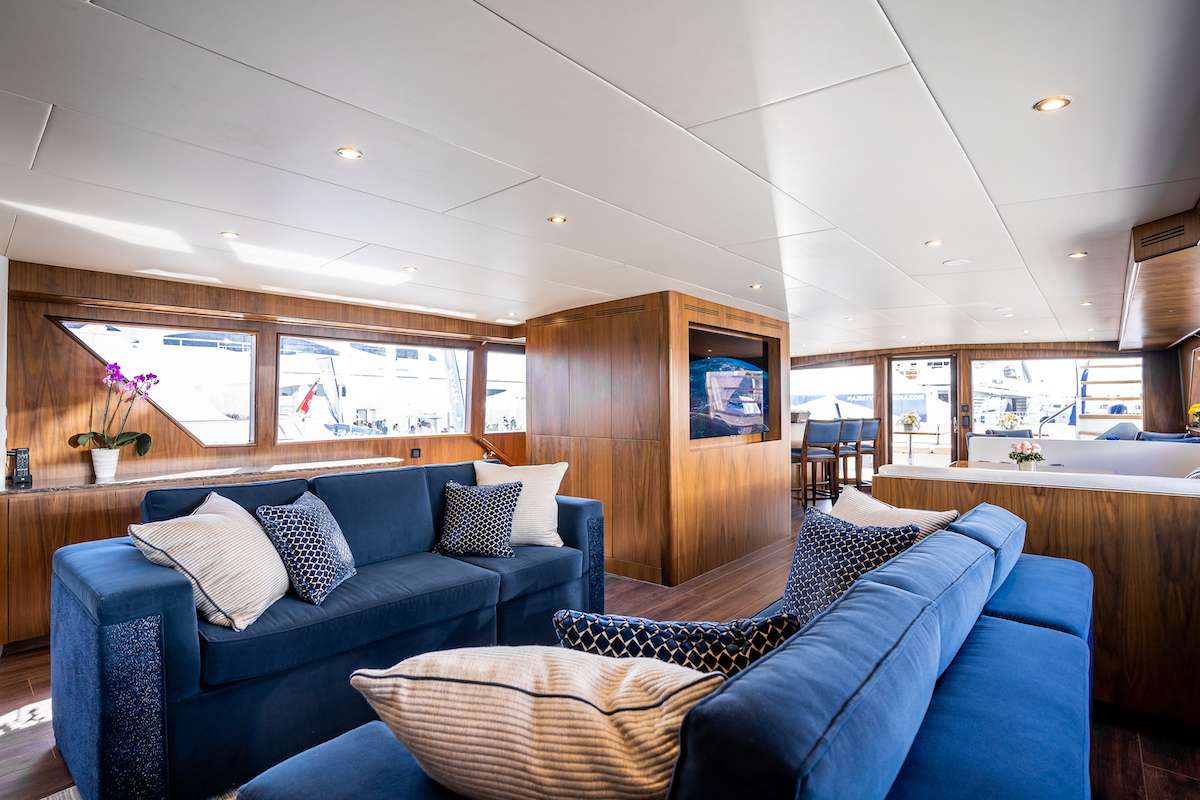 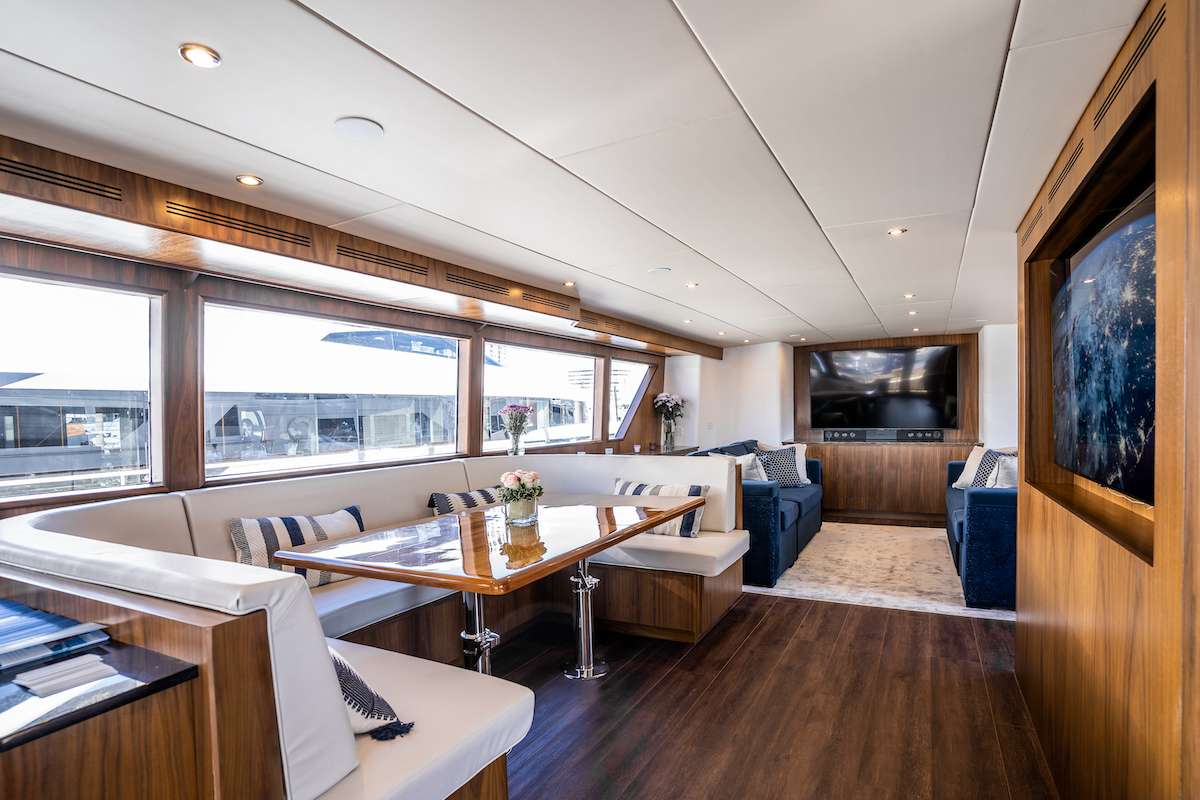 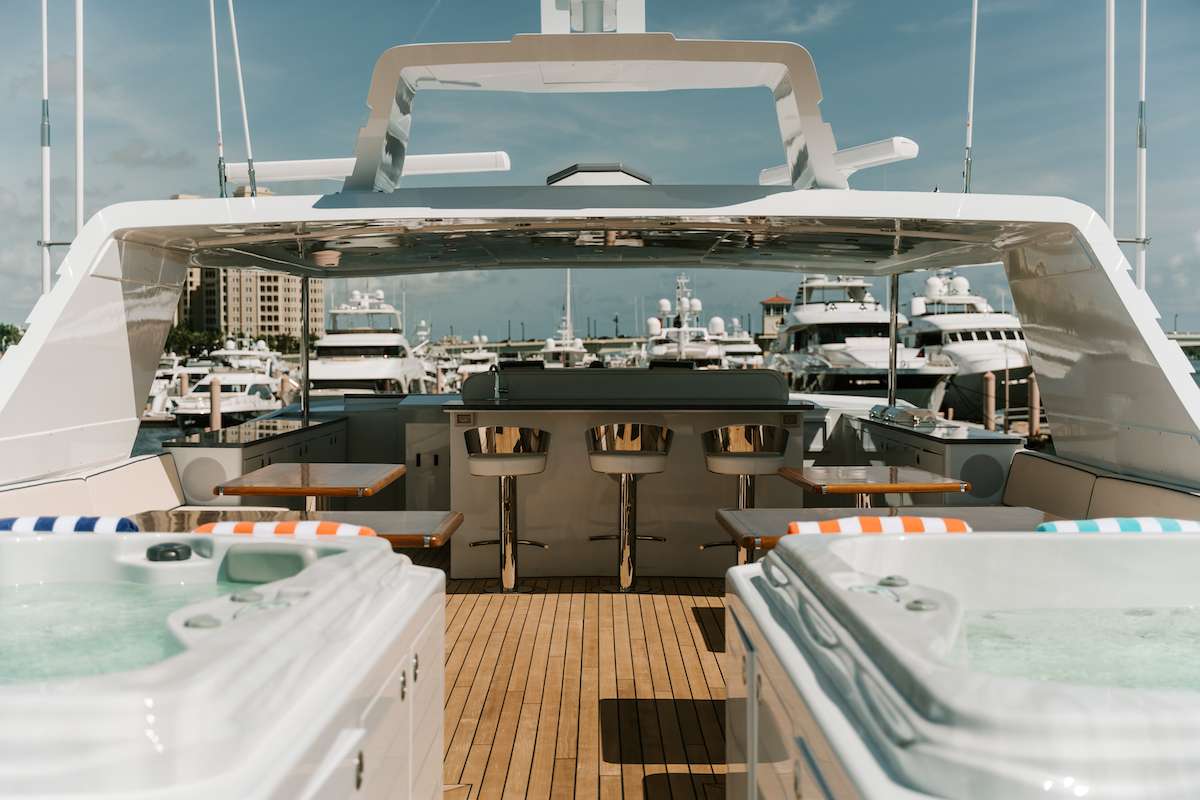 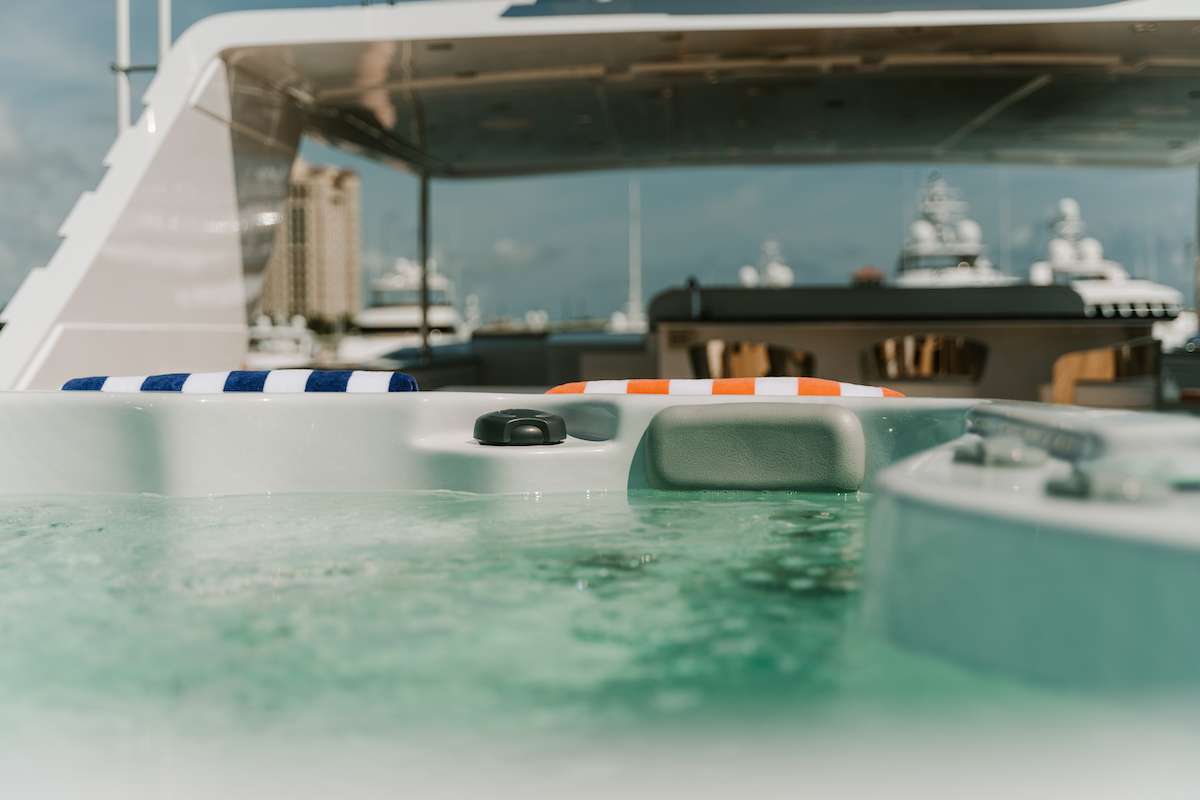 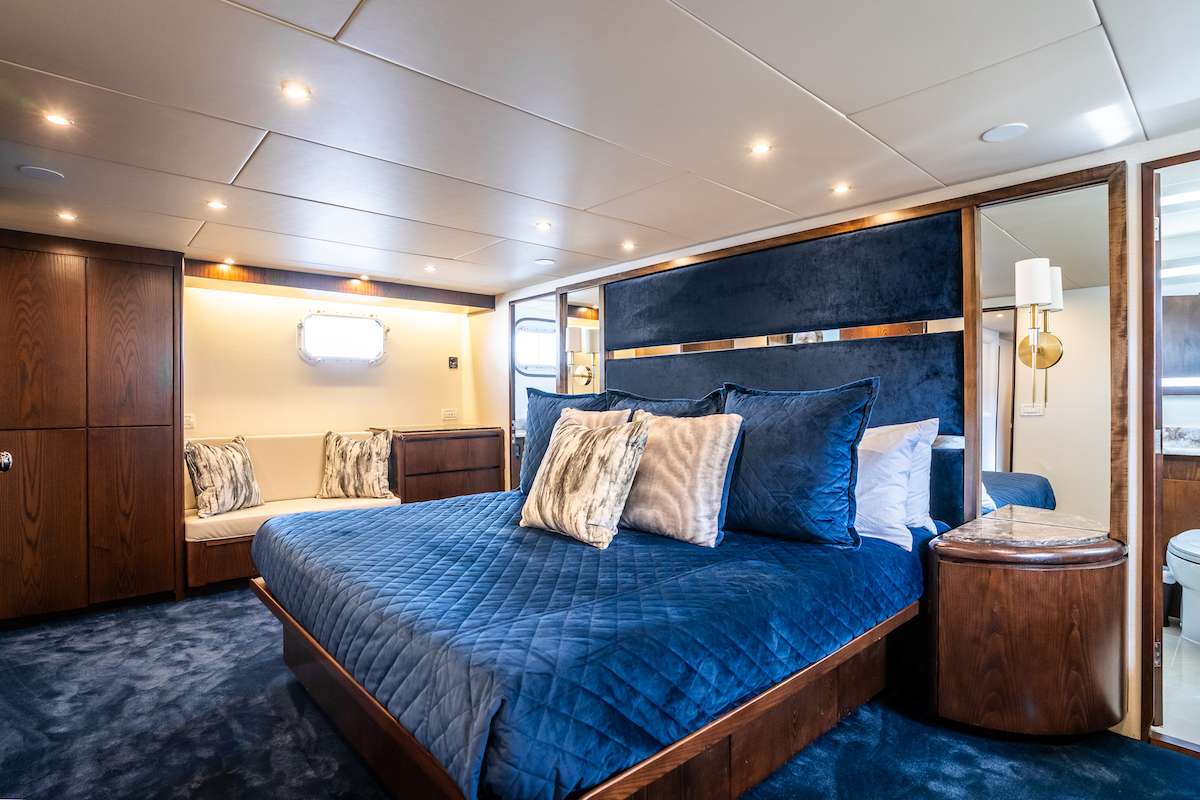 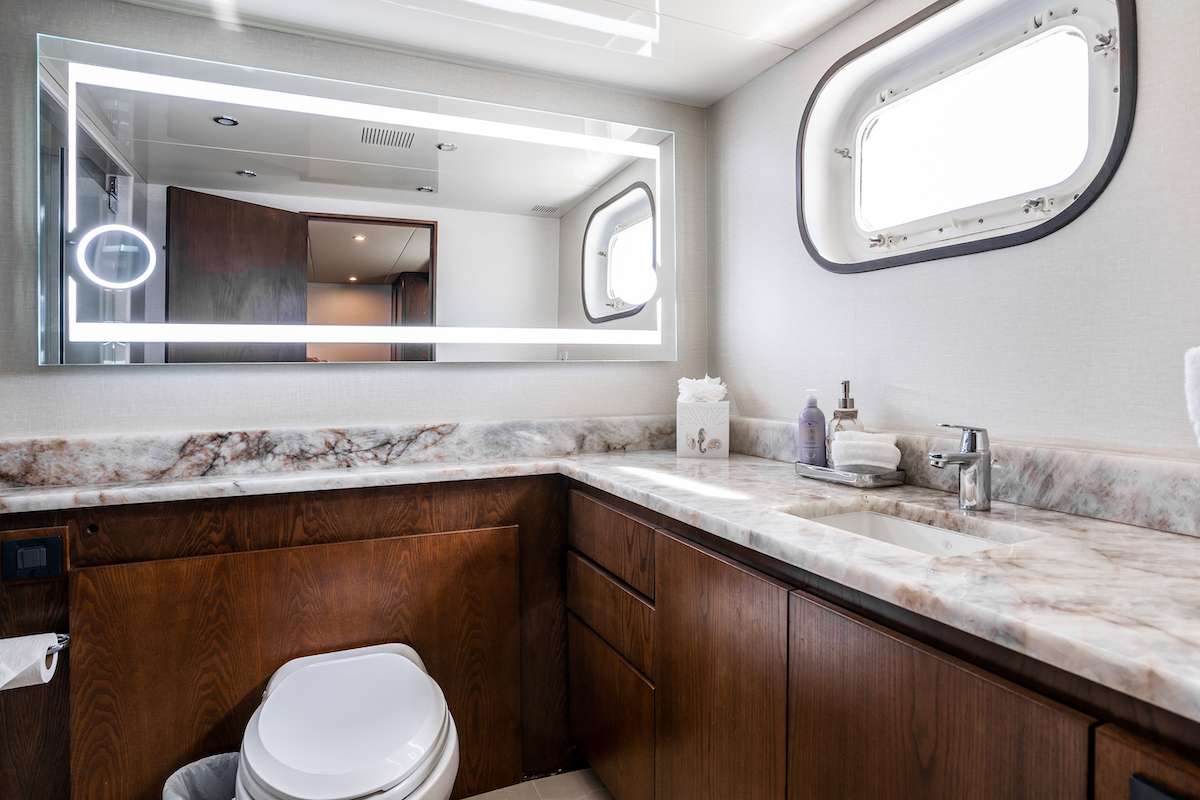 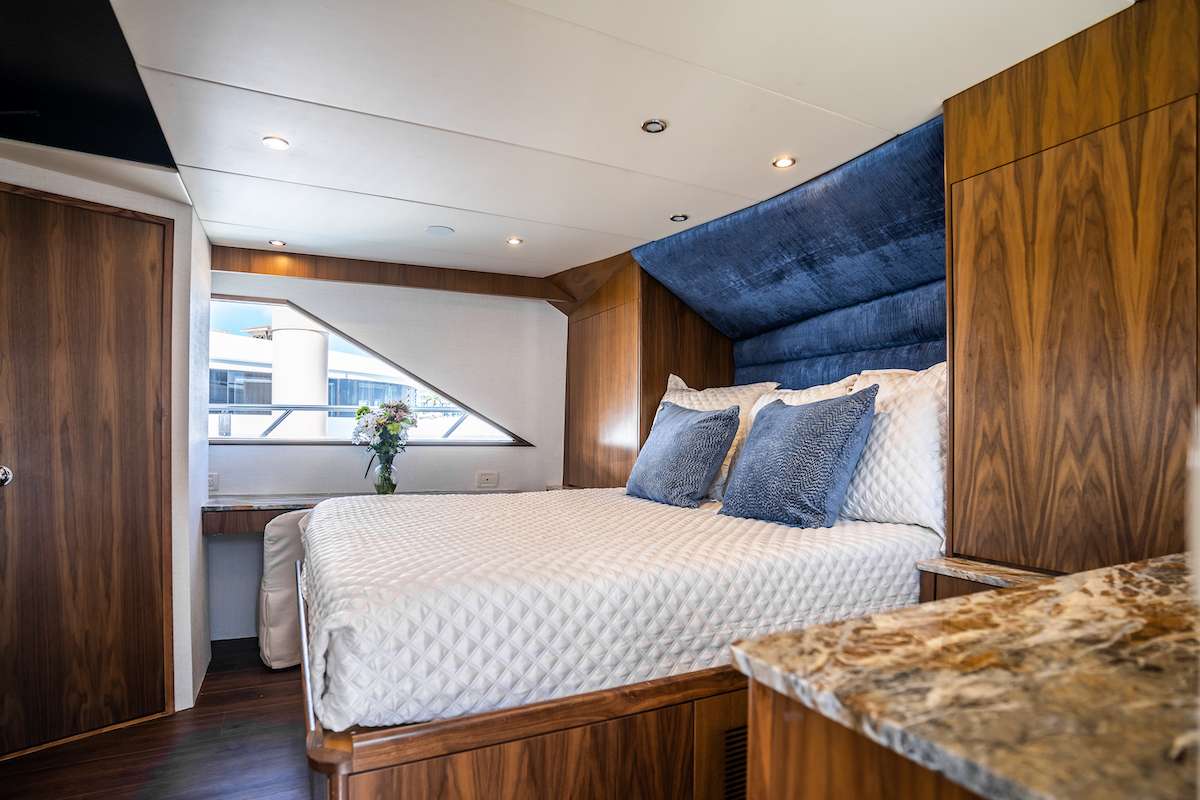 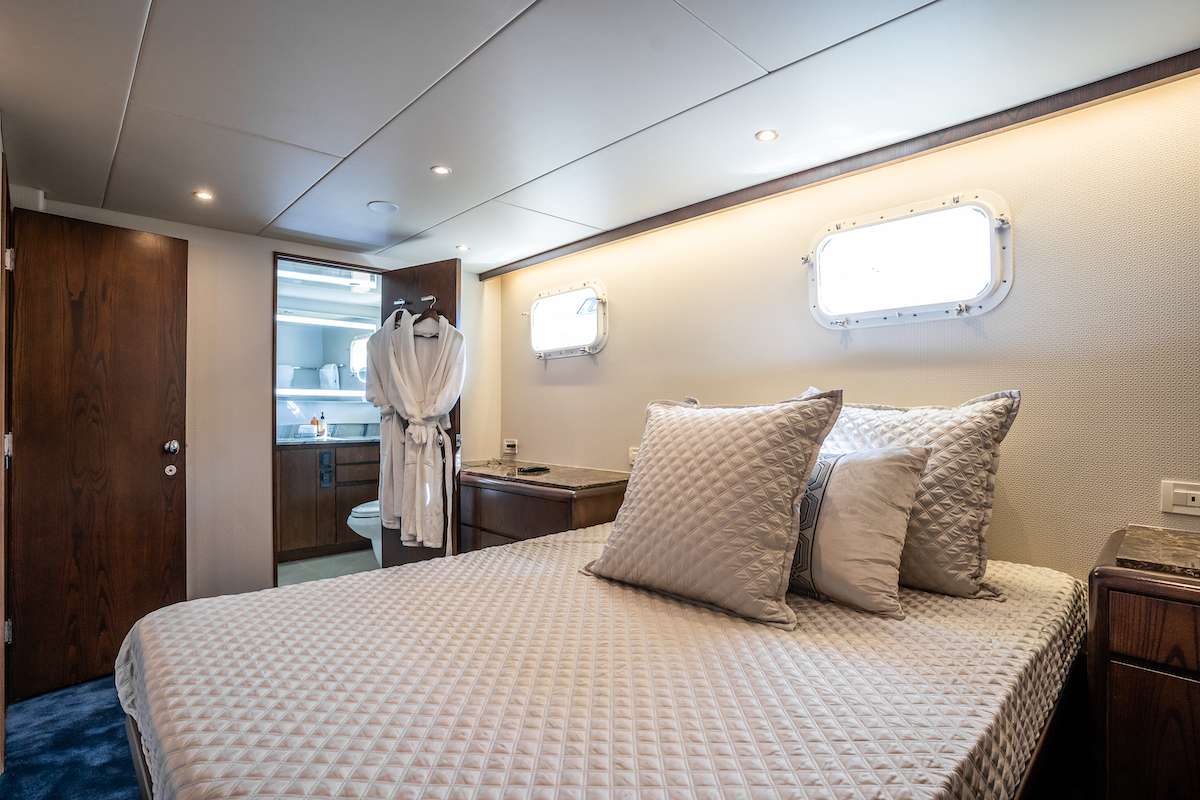 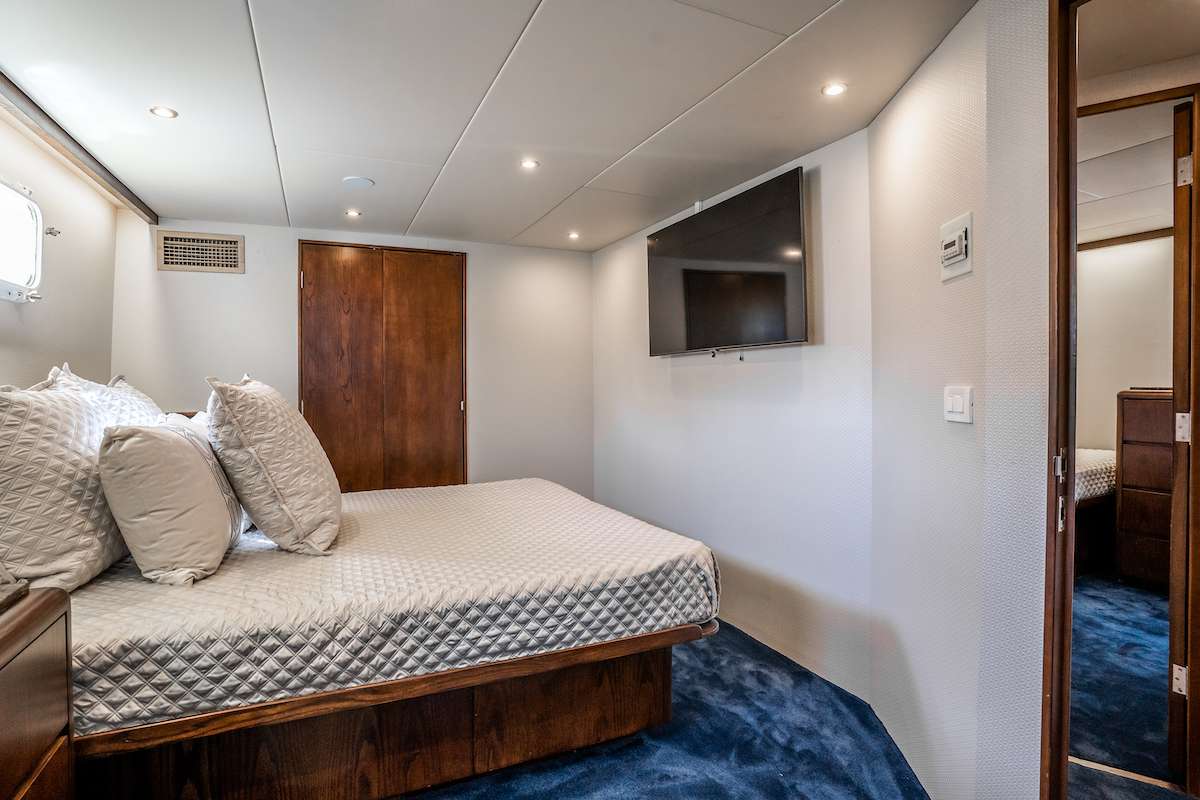 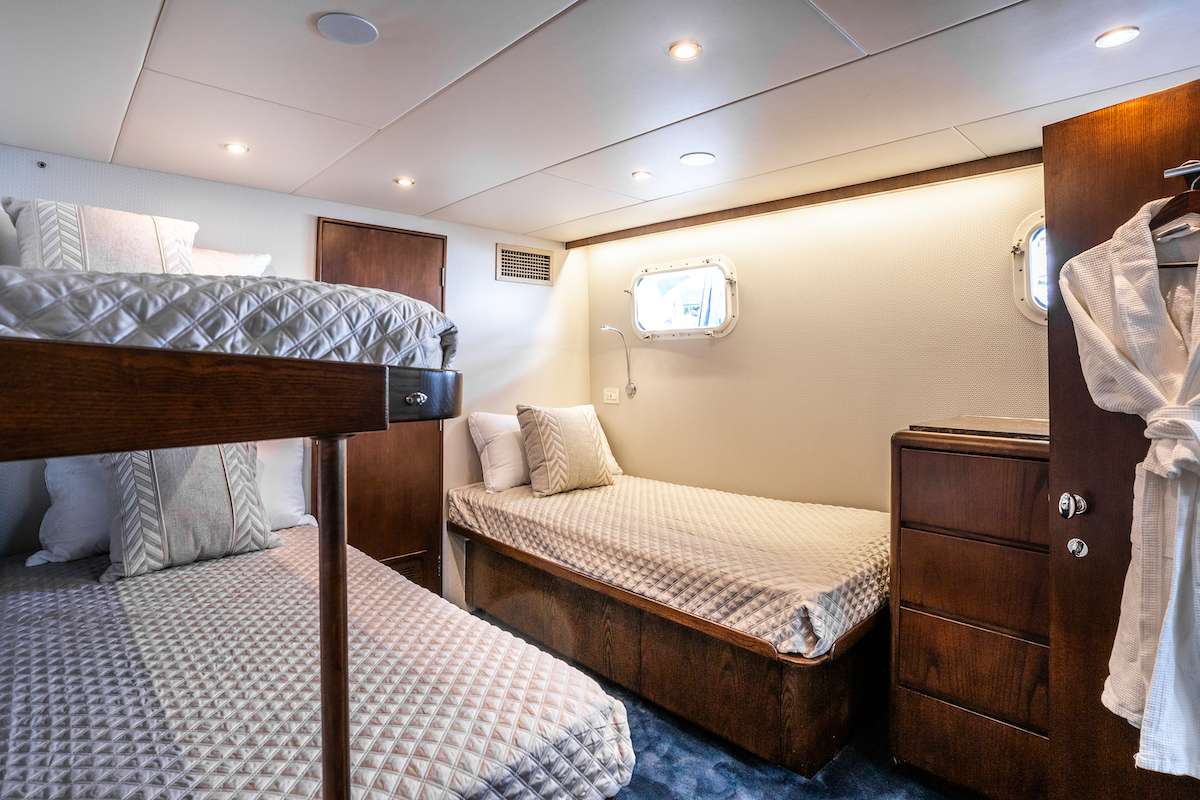 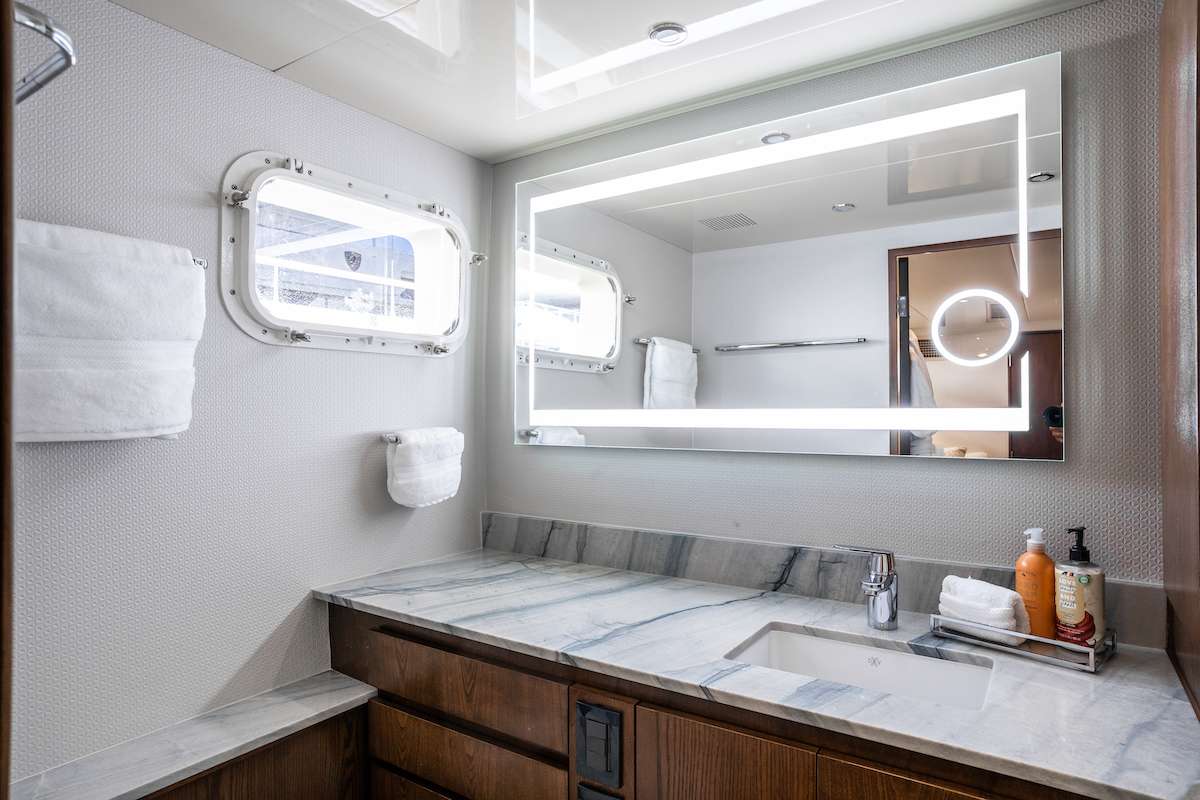 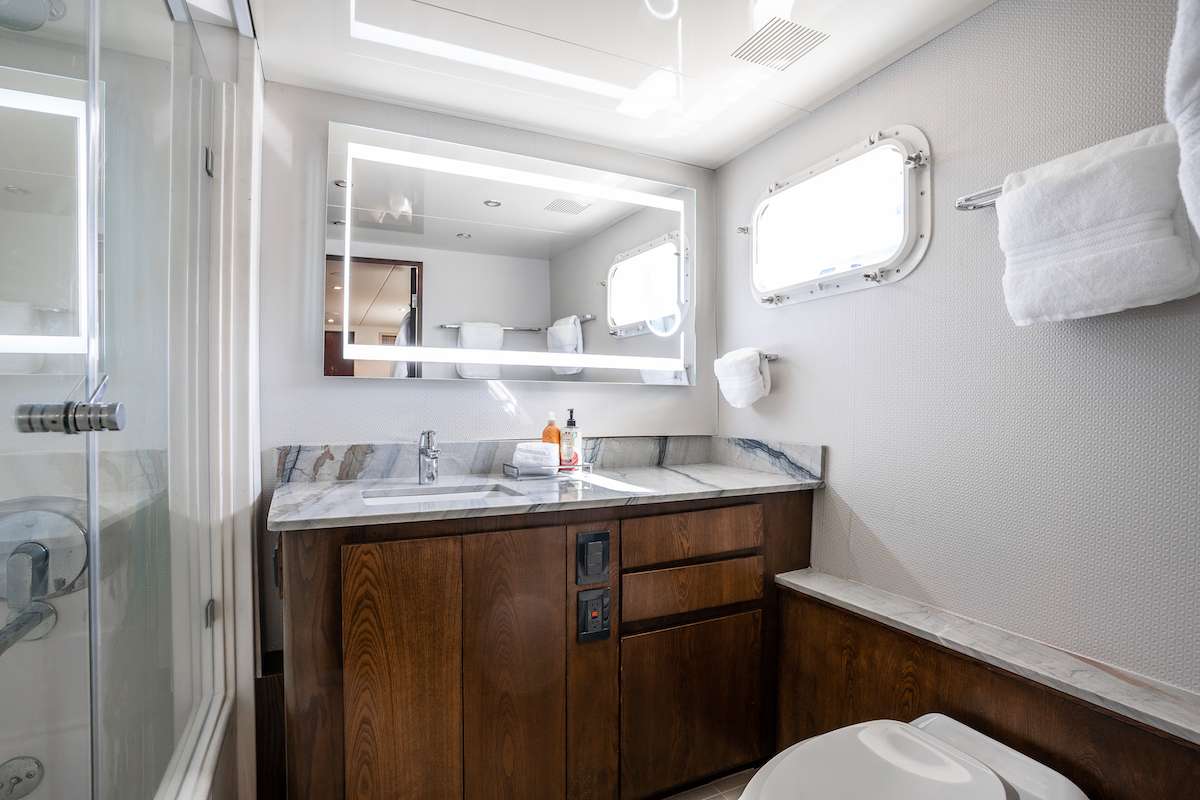 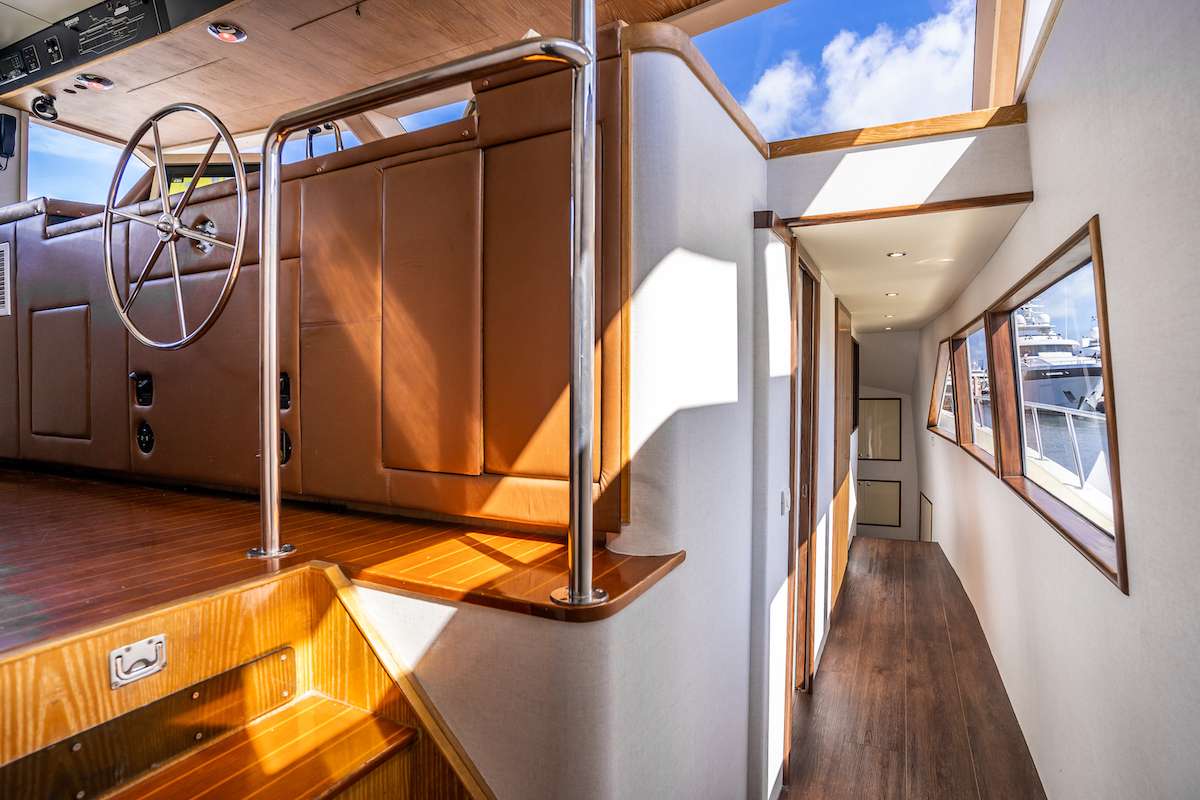 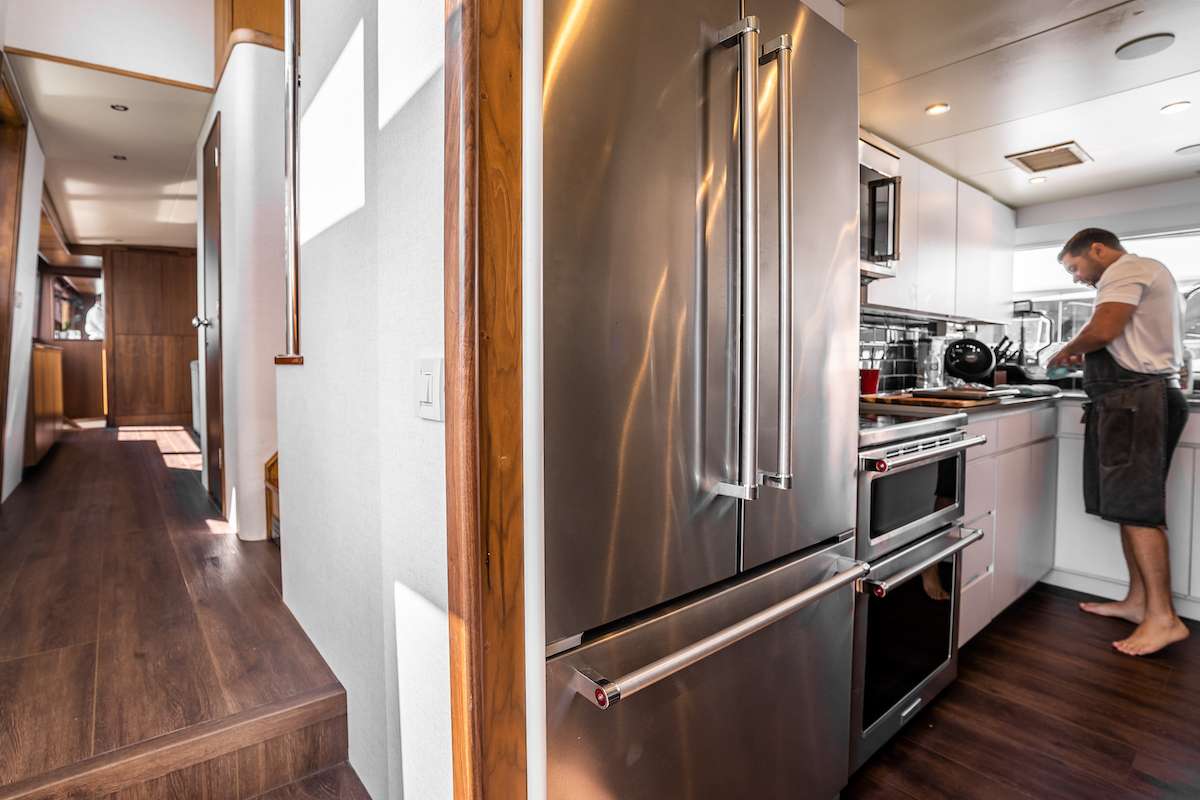 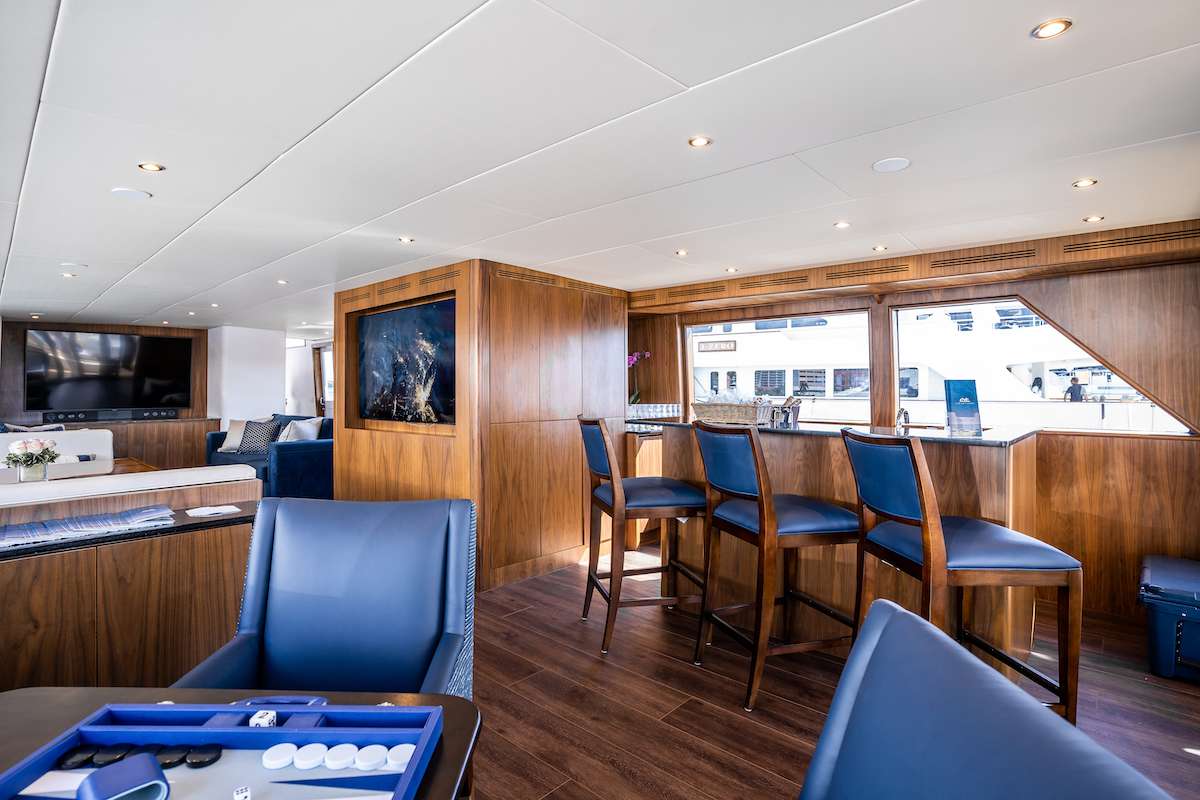 Captain Jim Stone is an experience waterman and captain, having spent 40+ years on the sea, including 30+ years managing charters for very discerning clients. He started at a young age as he was raised on the waters of St Andrew's and the Gulf of Mexico in his grandfather’s sport fishing business that was established in 1945, operating boats in the business from the age of thirteen and later obtaining his 100-ton masters license at the early age of nineteen. He entered the oil and gas industry soon after where he was responsible for delivering cargo and passengers to Mexico on large shipping vessels.
Captain Jim obtained his 500-ton masters license when he was twenty-three years old and began operating at ports throughout the world. After cruising the seven seas for commercial sea going businesses, Captain Jim was approached by a yacht owner in NYC in 1985 and offered his first captain’s position operating a large yacht.
Captain Jim strives for safe and fun charters, loves taking care of charter guests, and has always supervised a top notch, accomplished and professional crew. His charter clients like his friendly demeanor, knowledge, and experience, including his mastery of navigation in and out of ports and taking charter guests to unique spots for fun and enjoyment. He is also known for his master diver certifications and assisting adults and kids a like with the many water sports toys on his vessels. He has a large following of repeat clients, enjoys meeting new clients and helping them create lasting memories.
Captain Jim is very experienced, he has literally seen every situation there is to see. He thrives on doing yacht charters, he likes serving his guests and helping them have a ball of fun.

Chief Chef Mike Potent is from Northern NJ. At an early age he was in the kitchen concocting recipes and testing his taste buds. His early childhood passion for cooking led him to Johnson and Wales University in Providence, RI where he received a Bachelor of Science in Culinary Arts. Upon graduation he re-located to southern Florida and began a career in the hospitality industry, primarily as a banquet chef serving up to 200 people a seating. He later served a demanding private client family in Martha’s Vineyard, provisioning and attending to the family and their business events. After years of inventing and preparing various cuisines in the hotel, restaurant, and private client industry, Chef Mike transitioned to yachting, serving on a number of exceptional vessels from 80’ to 130’ which had up to twelve guests and seven crew at a time. Now, with over 15 years in the hospitality industry, he truly enjoys bringing people together with exceptional meals, amazing desserts, and overall great service.

Chief Engineer D’Moi “D” Matthew was born and raised in the British Virgin Islands where he had a love for the sea and was always around boating. He moved to Florida and attended Embry-Riddle Aeronautical University in Miami where he received a Bachelor of Science in Aviation Maintenance. He continued his education at Broward College and obtained additional aviation certifications. After graduation, he began working for major commercial airlines located at larger airports in the southern Florida area, where he repaired their aircraft, always with an intense focus on passenger safety. D’Moi is a master mechanic and ultimately desired to get back to the sea, so he transitioned his mechanical nature to the yachting industry. He has quickly gained knowledge of his vessel’s engine room including the main engines and generators, electrical, plumbing, and mechanical systems on the yacht, and is proud to maintain and manage all aspects of the operation of the boat in order to provide the best guest experience.

Chief Stew Hailley Lamb is originally from a small Michigan town called New Haven. She pursued a passion for the sea by joining the Coast Guard when she was eighteen years old and was stationed on the beautiful island of Oahu, Hawaii. While there, she did many patrols up to the Bearing Sea of Alaska, rescuing fisherman and enforcing fishing laws. She then was deployed to Louisiana to finish out her service with the military as a Maritime Enforcement Specialist boarding shrimp boats and responding to oil spills in the Gulf of Mexico. After leaving the service, she transitioned to her dream location, Miami. She received her captain’s license before leaving the Coast Guard and started working as a stew aboard yachts. She has completed many courses and certifications and has ambitious aspirations to learn everything about yacht chartering and guest satisfaction. She has been a crew member on board many yachts, including various sizes from 46’ to 86’. She enjoys serving her charter guests and attending to their every need and whim with her bubbly personality. Her love for the ocean, traveling, and new experiences has led her to the perfect industry for her personal and professional growth.

Stew and Deckhand Lilian Brito was born in Venezuela, where she grew up and attended University to study Maritime Engineering. Lily is an accomplished engineer, having taken significant course work and achieved many engineering and mechanical certifications. After completing her studies, she entered the world of ship navigation where she worked as a Third Engineer Officer in the Merchant Marine. She spent time traveling the world on oil tankers, cargo ships, and cement carriers. She came to the United States and has learned and practiced many different trades. Lily yearned to return to the sea, so she transitioned her career into yachting in the Florida area. She has been a crew member for multiple boats and yachts from 36’ to 100’. She is adept at many technical and mechanical tasks and enjoys solving problems. Lily has a ready smile, a great attitude, and enjoys pampering customers with her service.
Motor Yacht Charters, By BHC
2805 East Oakland Park Boulevard #397
Fort Lauderdale,  Florida,  33306
Local Phone: 954-720-0475
Tollfree: 800-478-2029