At Barrington Hall we provide motor yacht charters around the world on various luxury yachts. The Motor Yacht listed below, HIGH RISE, is one of the many motor yachts we offer for charter. Please contact us for up to date information on HIGH RISE or any other yachts in your desired location. 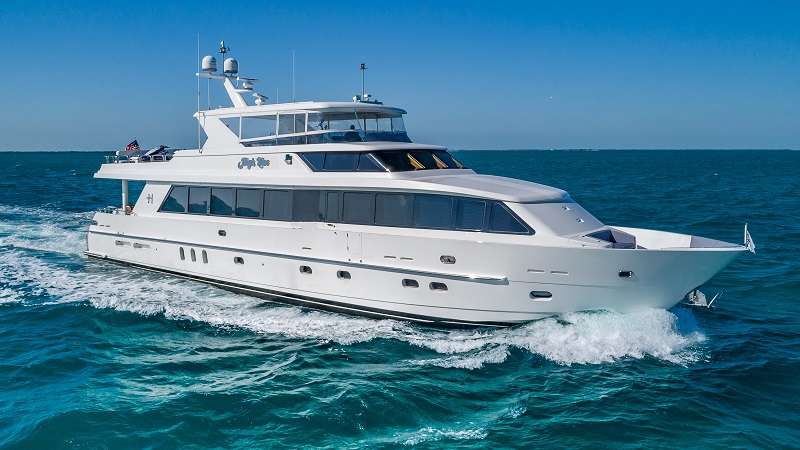 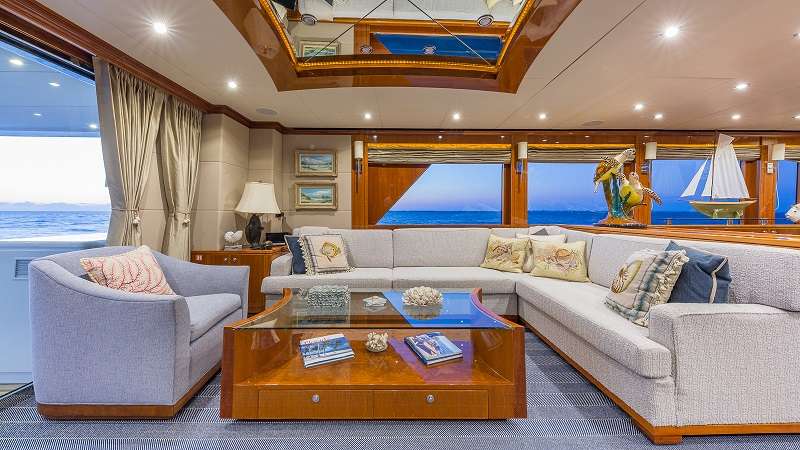 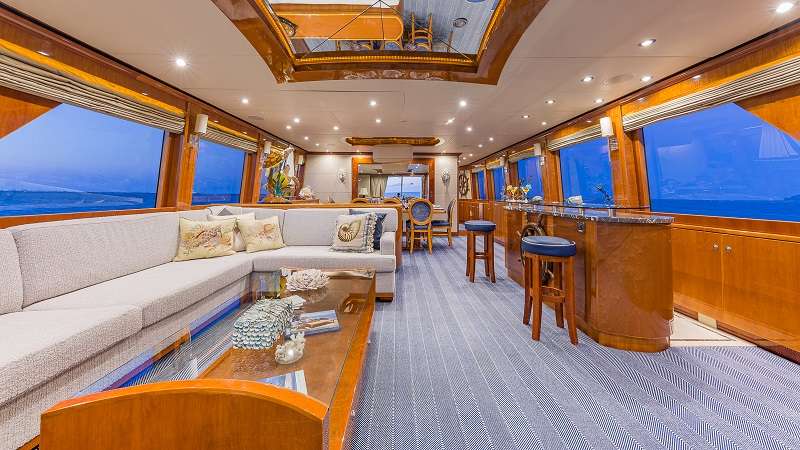 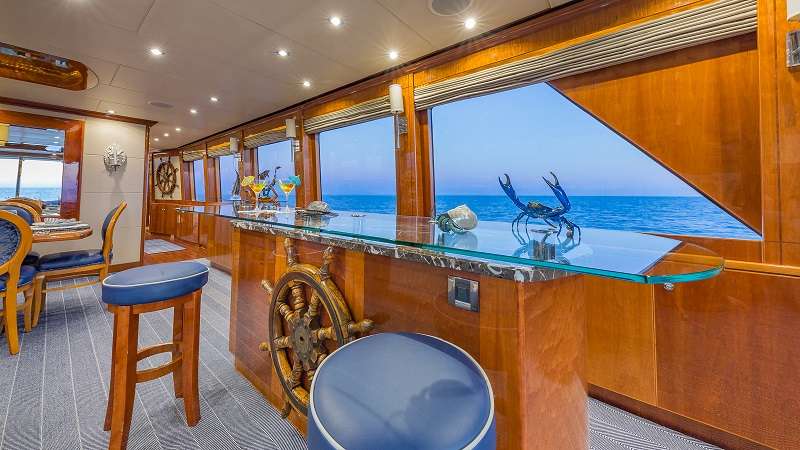 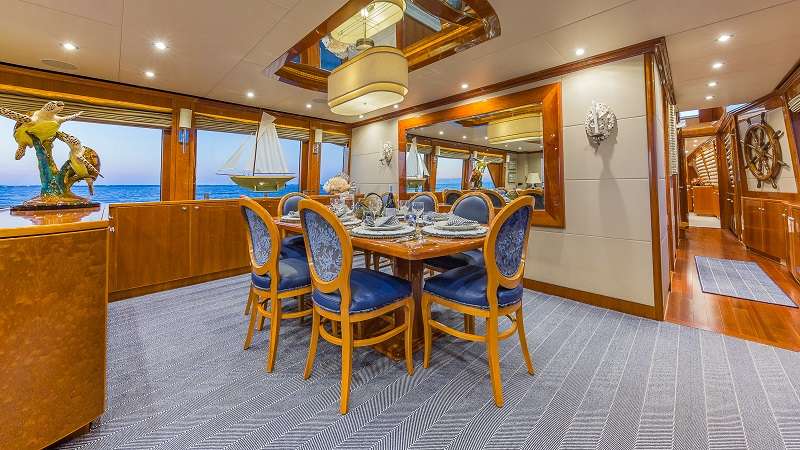 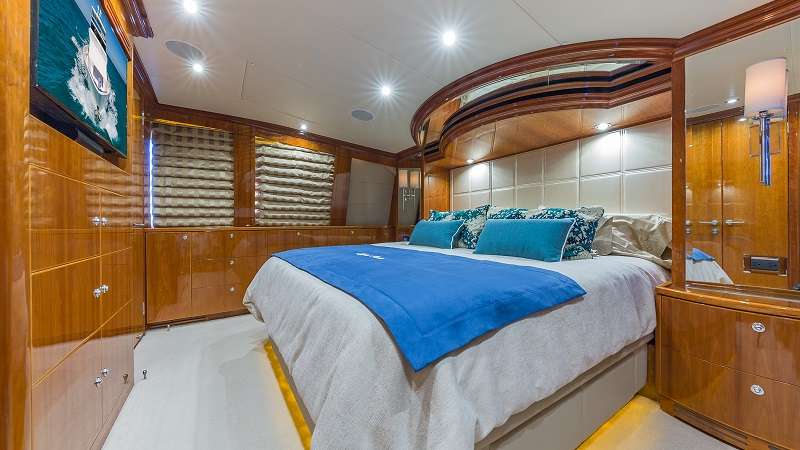 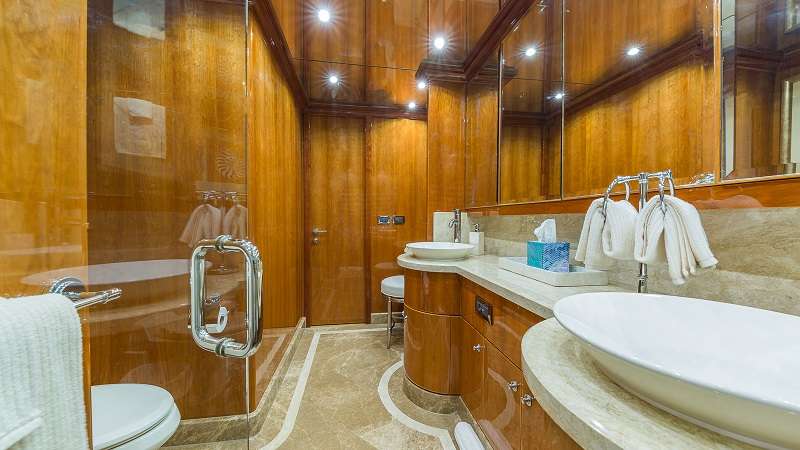 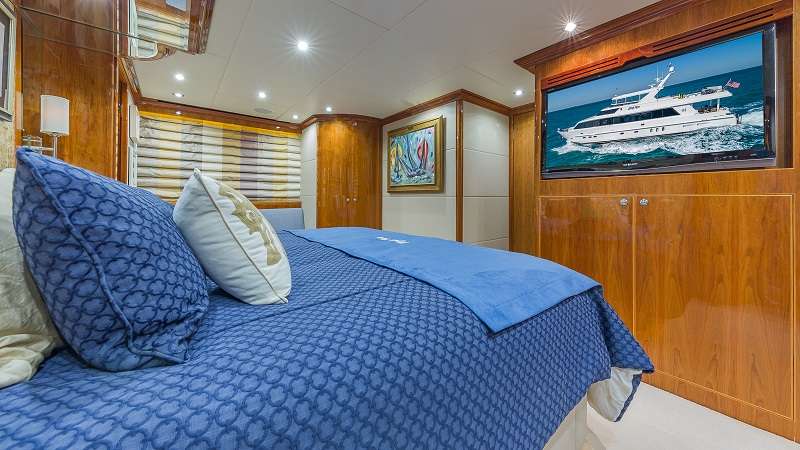 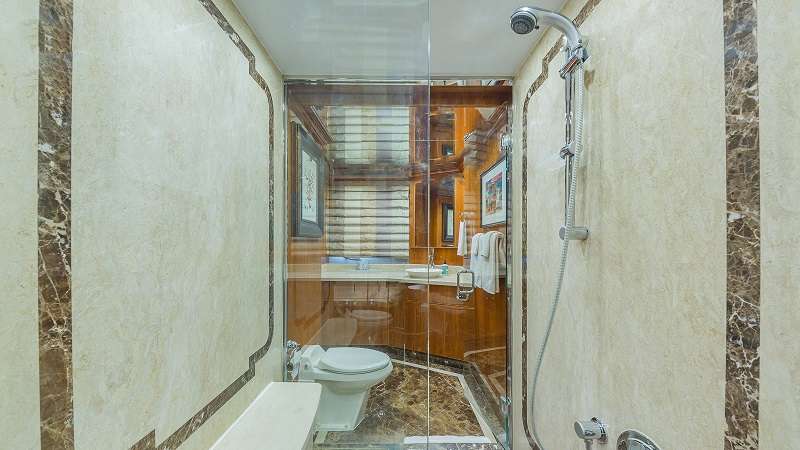 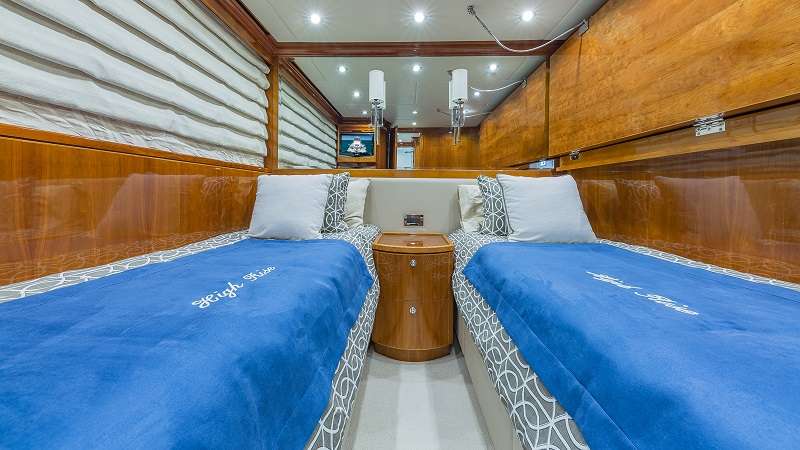 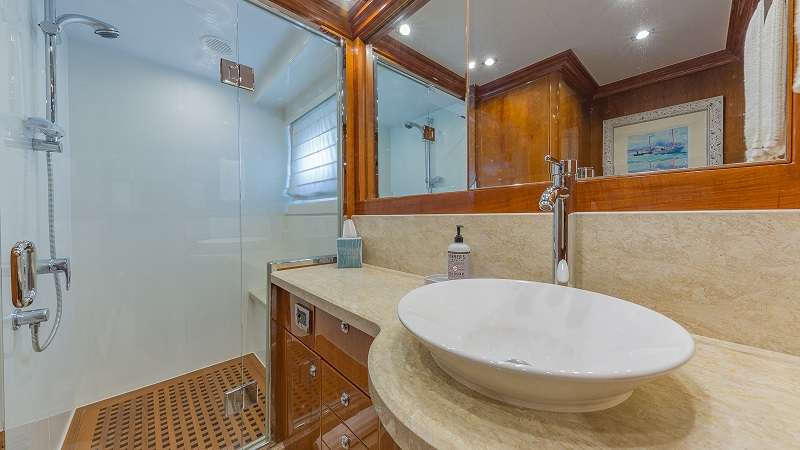 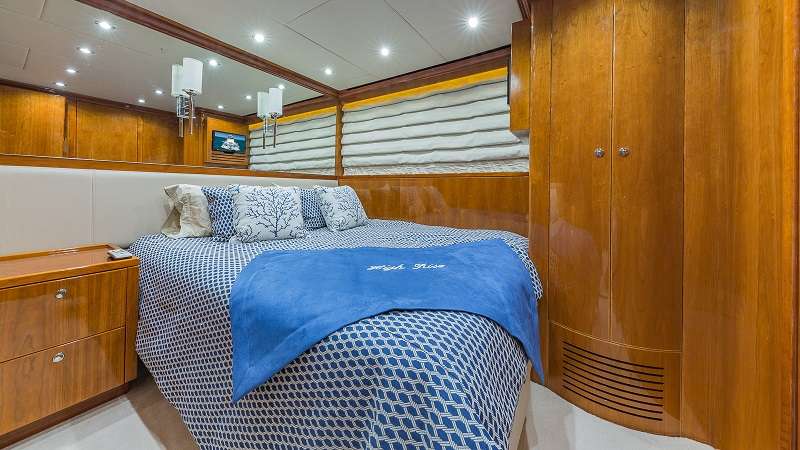 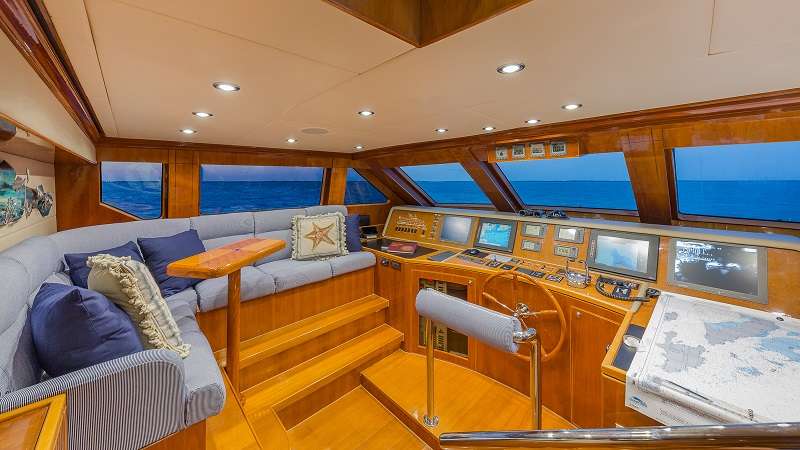 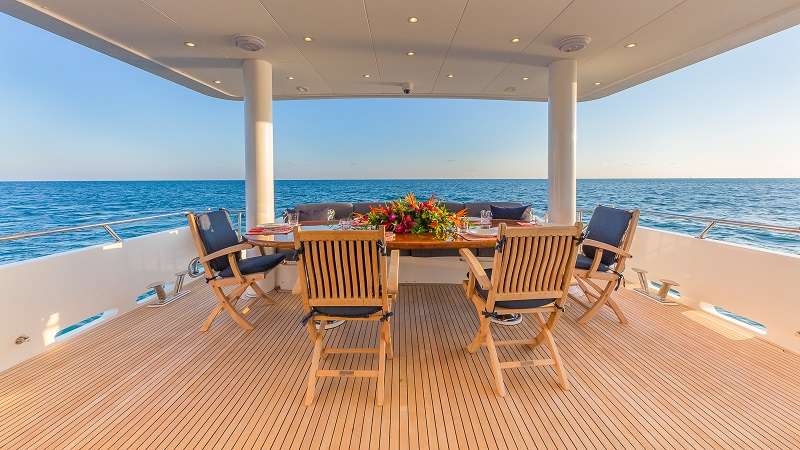 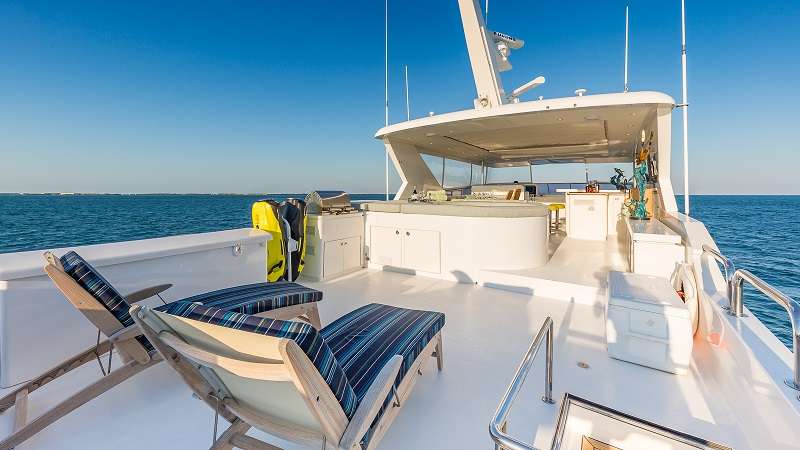 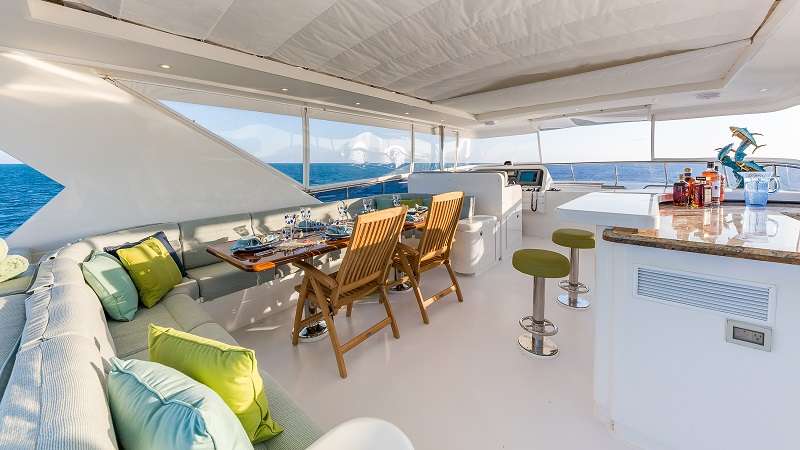 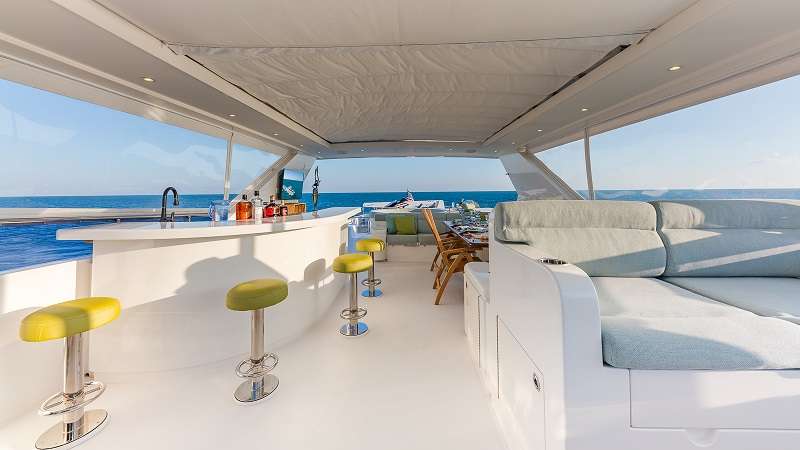 Captain James D. Hume II was born in Ft Lauderdale, Florida and his family moved to Seminole when he was two. Water sports and boating were family pastimes, especially diving, fishing and sailing, and his father was a captain from 1972 - 2011. He learned how to sail as a child at the St. Pete Yacht Club Sailing School, staring with prams and ending with racing laters, 420s and Hobie cats.

He has been a captain since 2005 and has made his way up to commandeering vessels 100-ft or larger. Captain J.D. brings his expertise in operating yachts, supervising ship crew, loading and unloading charter guests, ensuring the safety of passengers, exceptional leadership abilities, and knowledge of Floridian and Bahamian waters to M/Y HIGH RISE.

His career goal, along with his wife and Chief Stew, Angie, is to work toward 130 to 150-foot motor yachts. Captain J.D. is an advanced fisherman, and in a recent trip, he boated over 15 marlin. 105 mahi and 25 tuna while in Cat Island, Florida. While he loves the Bahamas, he looks forward to traveling further south in the future.

Angela was born in Tallahassee, Florida, and moved around the state before her family settled in Ray City, Georgia when she was thirteen. Following her high school graduation, she worked on her family farm for four years before deciding to pursue her true love -- cooking. She enrolled in college to pursue a degree in Culinary Arts, and during her studies, she worked as a private chef at a hunting lodge, and joined them full time after completing her studies. In 2018, she travelled to the Bahamas as chef aboard a private yacht, and in March of 2019, she joined HIGH RISE as chef. Angie loves swimming and being near the ocean, but you’ll also find her painting, drawing, sewing, and basket weaving in her spare time. She also enjoys playing baseball and is part of a league for people with special needs.

Angela Hume was born in Akron, Ohio but grew up on the beaches of West Florida between Clearwater and St. Petersburg. She has always loved the ocean and spent as much time at the beach as she could. Upon graduating high school at the age of 17, she joined the US Air Force. She travelled the world, lived in three different countries, and was deployed to dozens more. After 19 years of service, she requested early retirement and returned home to Florida. She grew up salt and freshwater fishing with her dad, and it’s what she would do when she’d visit during her time with the Air Force. This long-held passion brought her work for a company that specialized in deep sea fishing, dolphin watching and sunset cruising, allowing her to spend more time at sea. This is also where she met her husband, JD, the captain. Angie started her career in yachting earlier this year when she and her husband were asked to team up on the crew of M/Y HIGH RISE. Water and sand keeps her grounded and at peace; some of her favorite places to visit include the Maldives, Belize, St. Maarten, the Bahamas, Mallorca and Turkey … but she always returns home to Indian Rocks Beach.

Zachary Rasmussen was born and raised in Ft Lauderdale, Florida where he still resides. With the ocean never more than a few minutes away, he’s been swimming as long as he’s been walking, and boating as long as he’s been talking. When he graduated from high school, he pursued a career path that was in line with his aquatic life. Zack went to trade school for Marine Mechanics while working as a deckhand at a dry storage marina. After working as a technician for four years, he began his journey in yachting, working in the U.S. Northeast and then the Caribbean. He brings his skills and experience to his role on M/Y HIGH RISE, where he continues to help great people have a great time in some of the most beautiful places in the world.

Zack is an avid fisherman, and enjoys fishing the Everglades for bass, offshore trolling for marlin, and spearfishing in the Bahamas. He is happiest when he is at sea, no matter where that may be.

Stephan was born in South Africa and spent the first eight years of his life between his grandfather’s farm and the ocean. Growing up, he spent his time swimming, fishing, and playing outdoors with his friends. On the weekends, his family would camp in Zululand at Cape Vidal, and his love for boating and the ocean started at a very young age. In 2011, he and his family moved to the United States where he continued his studies. His competitive spirit was ignited at a young age, and it earned him a swimming scholarship to NC State University where he was on the varsity swim team for four years and won an ACC Team championship. Upon graduation, he moved to Fort Lauderdale to pursue a career in yachting after a family friend introduced him to the industry the summer before. Over the past four years, Stephan has cruised most islands from the North Bahamas through Barbados, and spent a season in Central America.

When not working at sea, Stephan spends his time swimming, playing beach volleyball or ultimate frisbee, and crafting ceramics. He loves board sports and dreams of being in a place where there is head high surf most of the year. He is also an avid fisherman and enjoys trolling offshore for marlin, spearfishing in the Bahamas, or bass fishing in the Everglades. His greatest passion is freediving and loves teaching others about the beauty of the ocean.