At Barrington Hall we provide motor yacht charters around the world on various luxury yachts. The Motor Yacht listed below, BIG SKY, is one of the many motor yachts we offer for charter. Please contact us for up to date information on BIG SKY or any other yachts in your desired location. 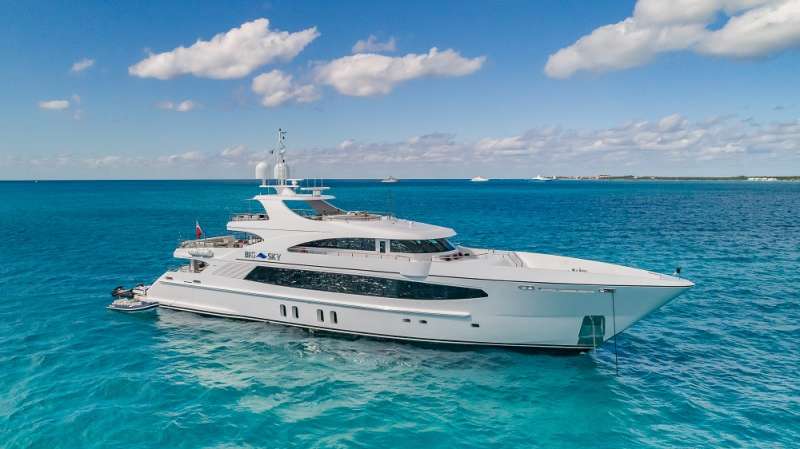 Well suited for 5 couples as well as family charters. 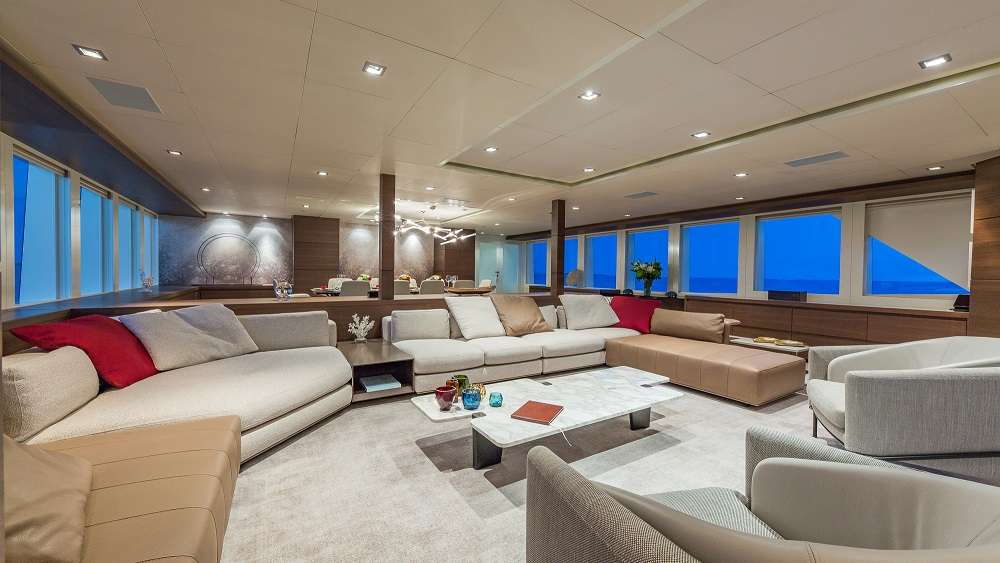 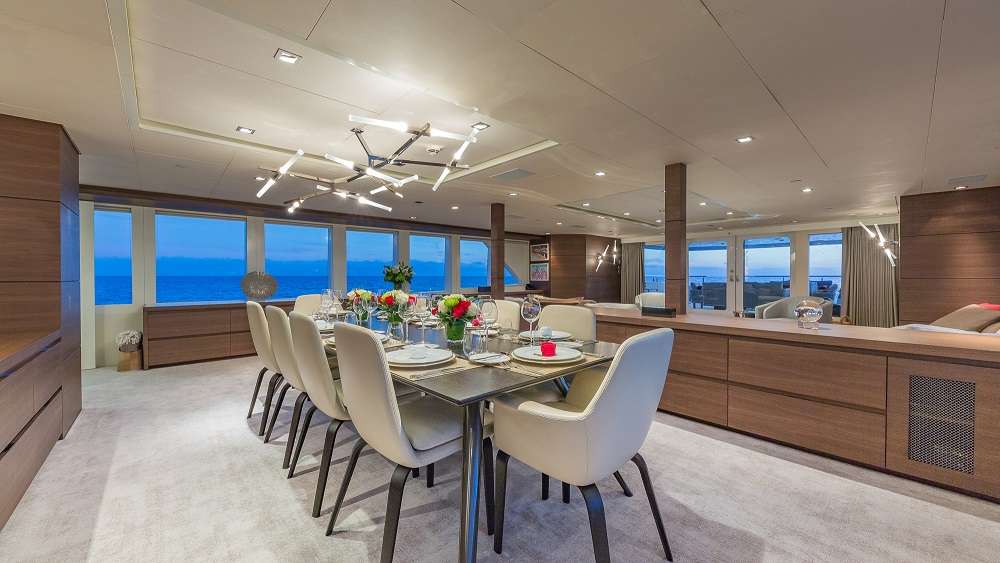 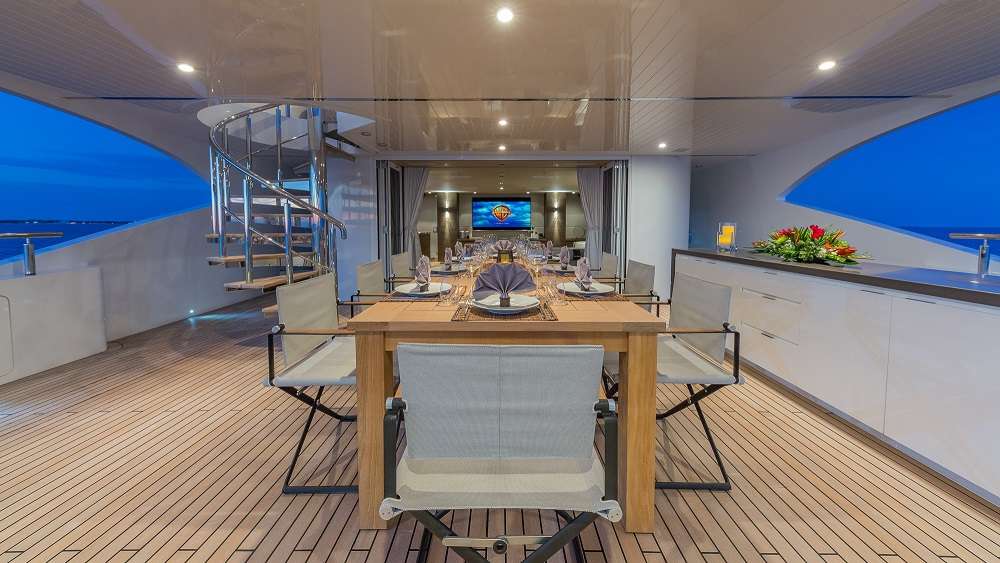 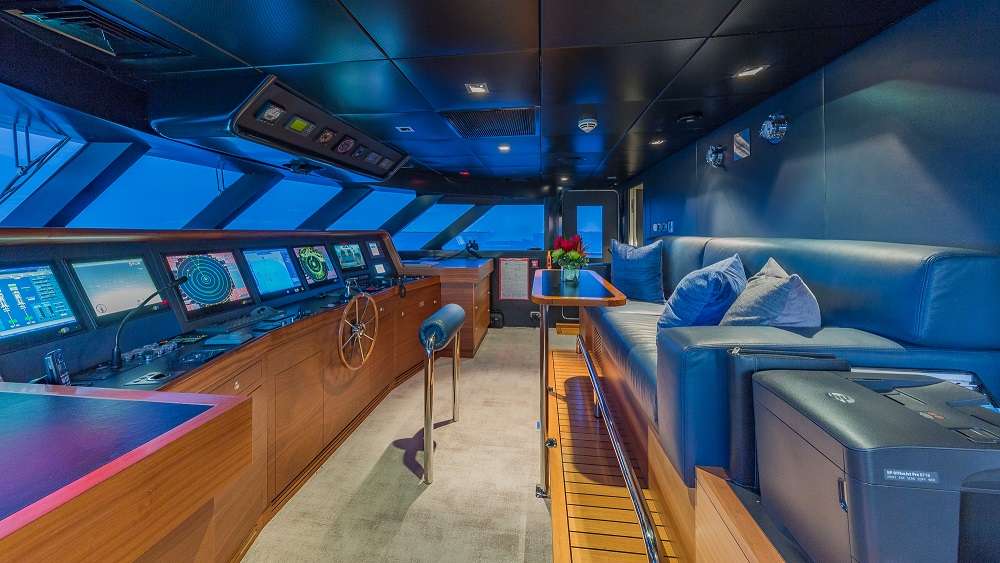 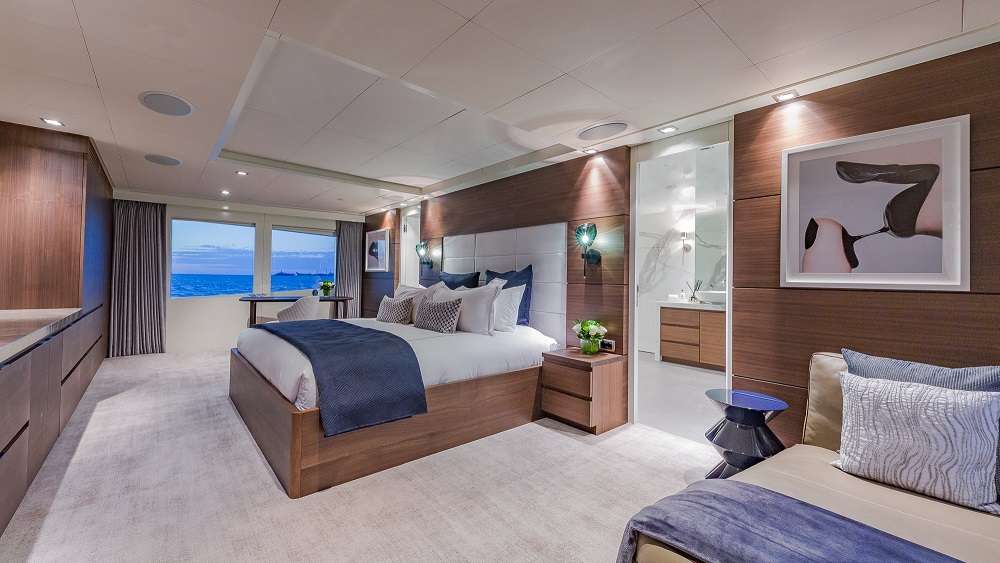 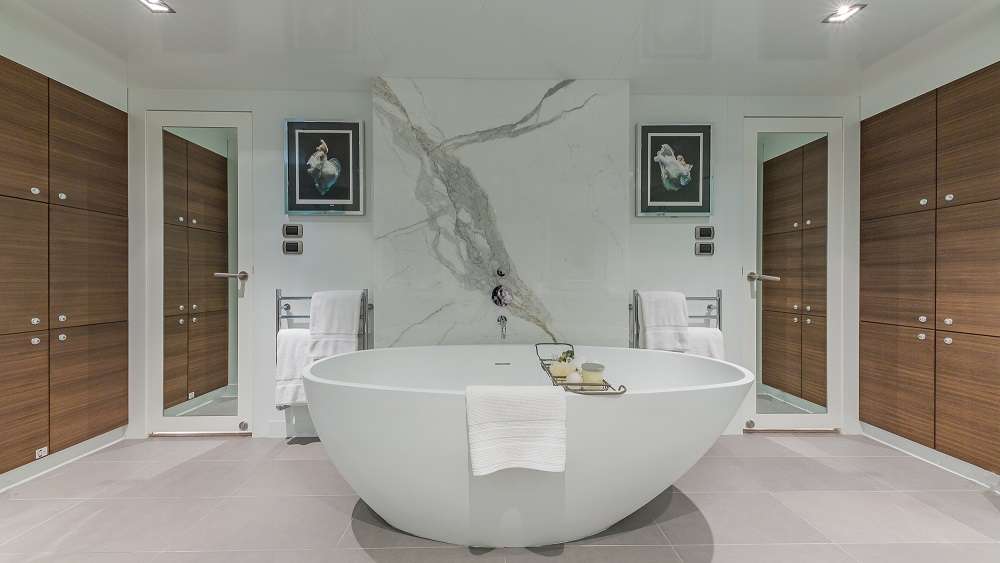 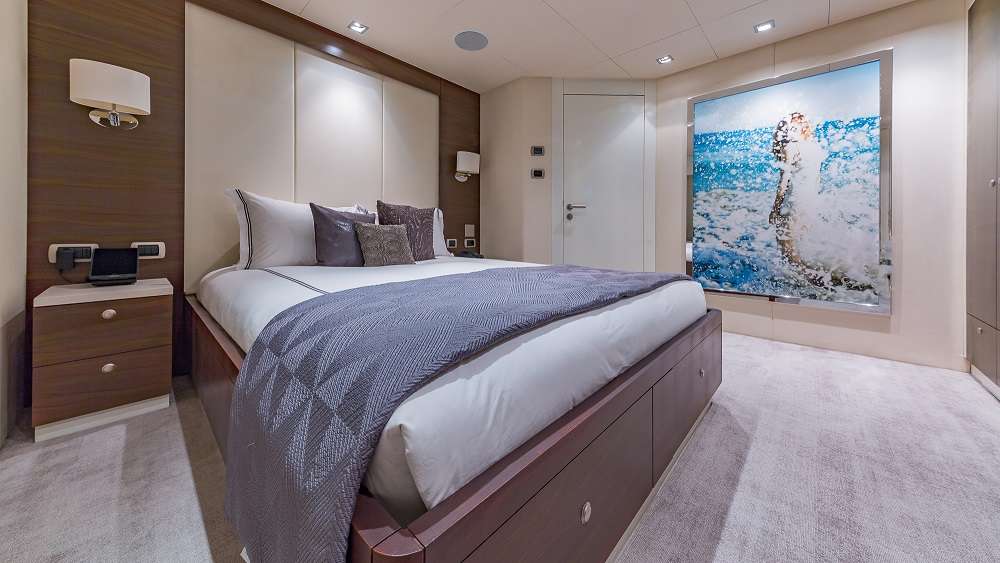 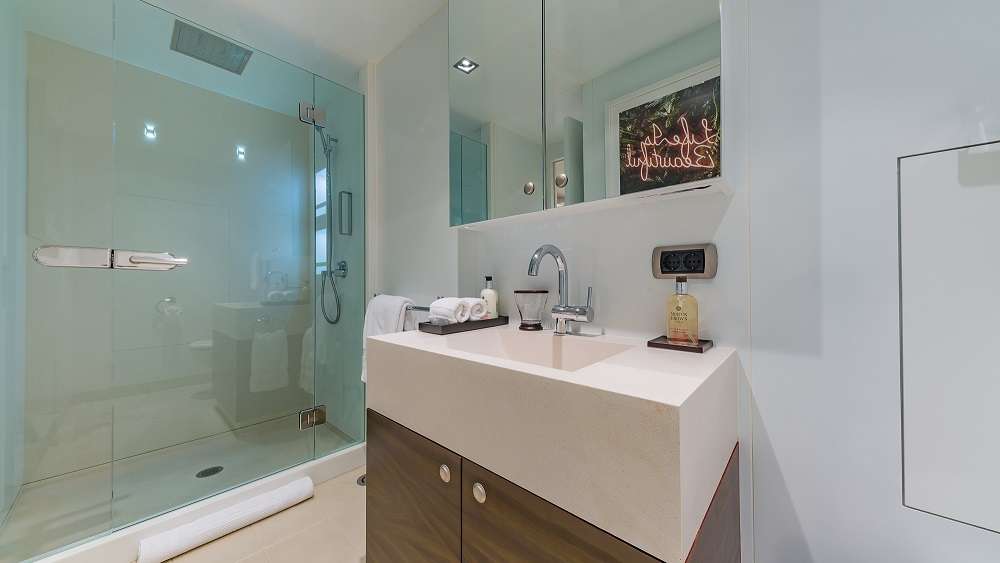 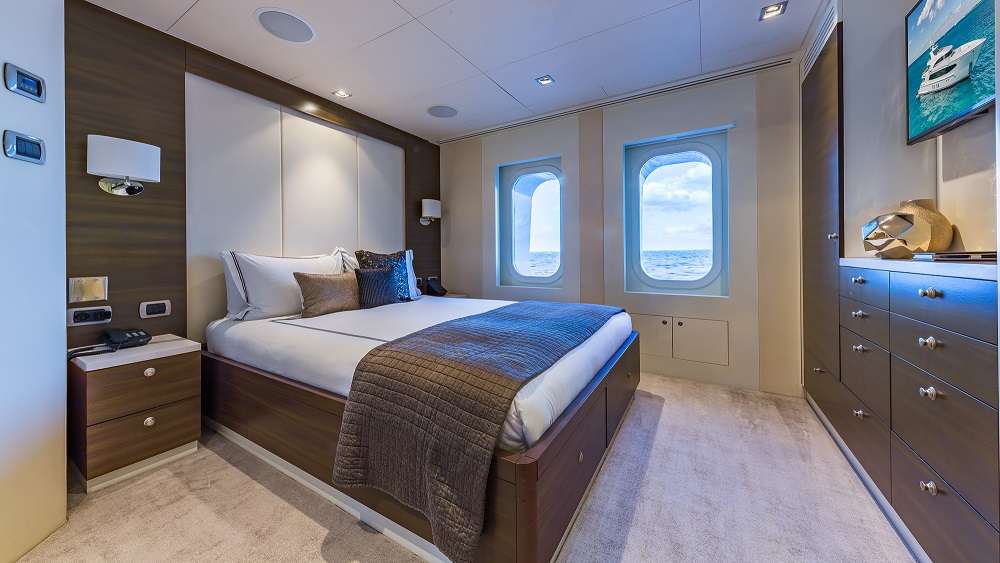 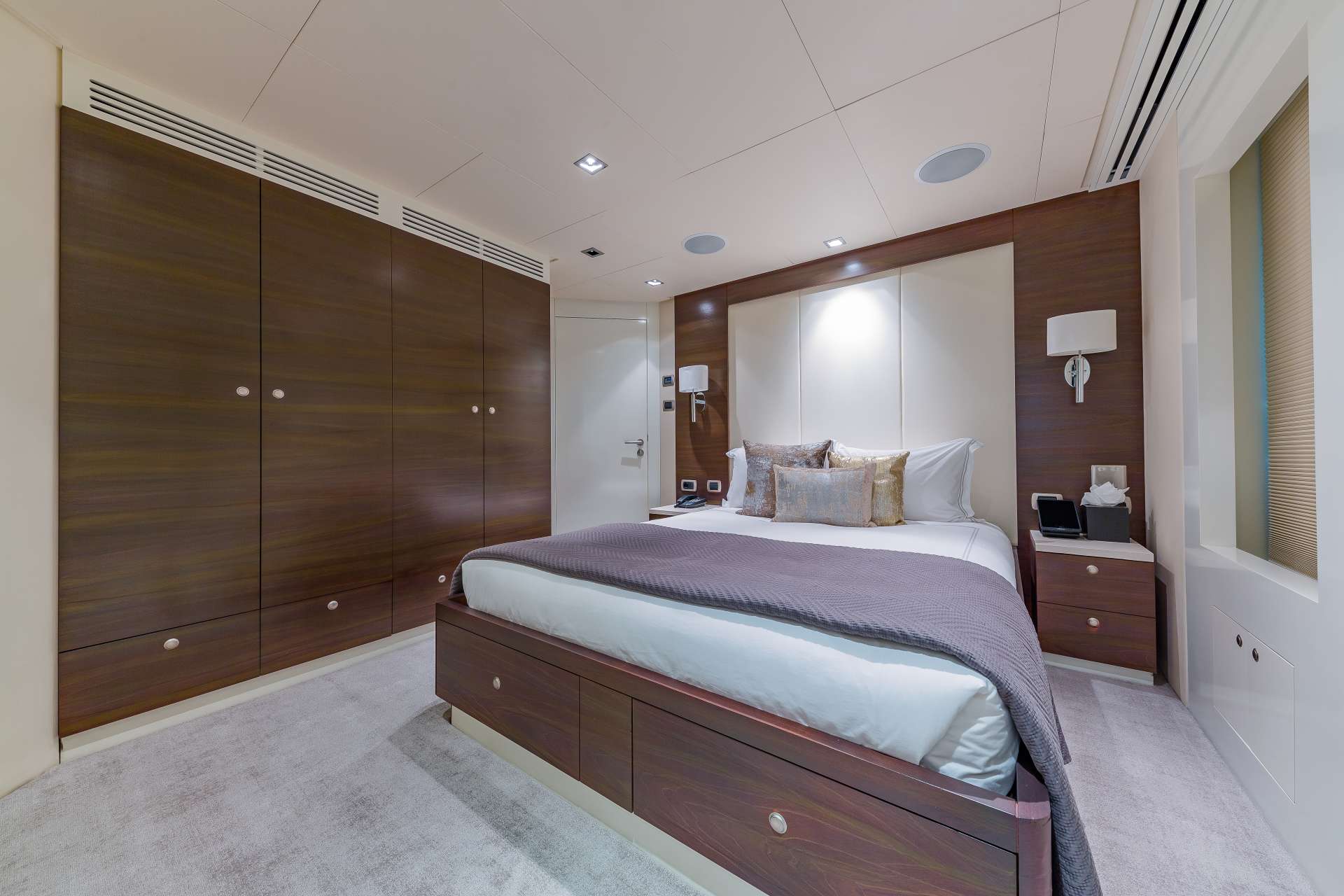 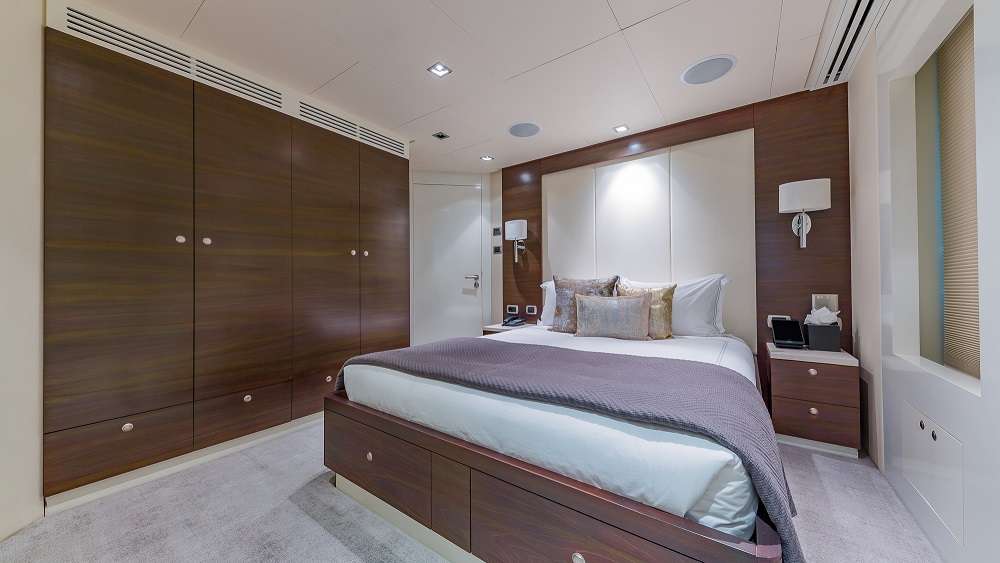 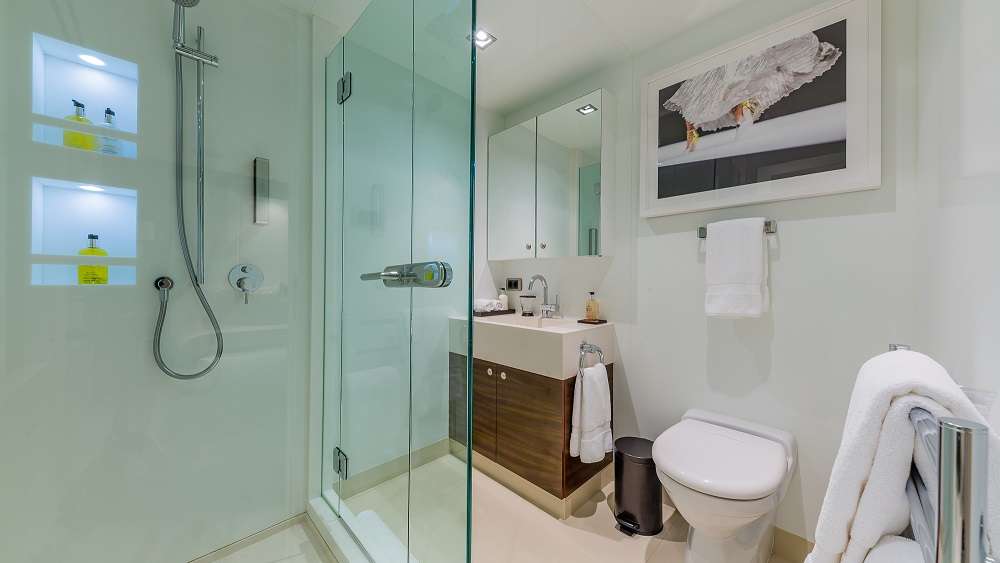 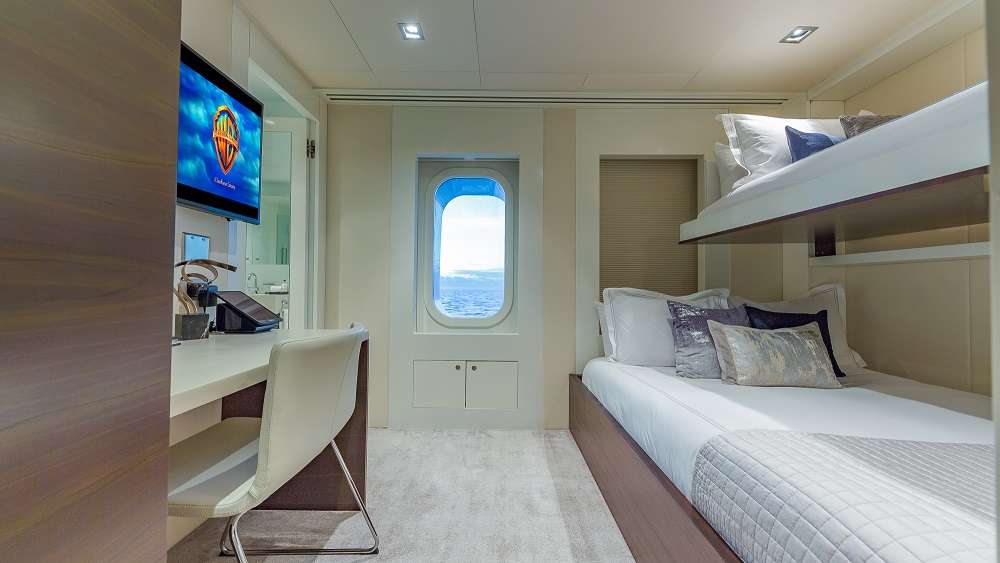 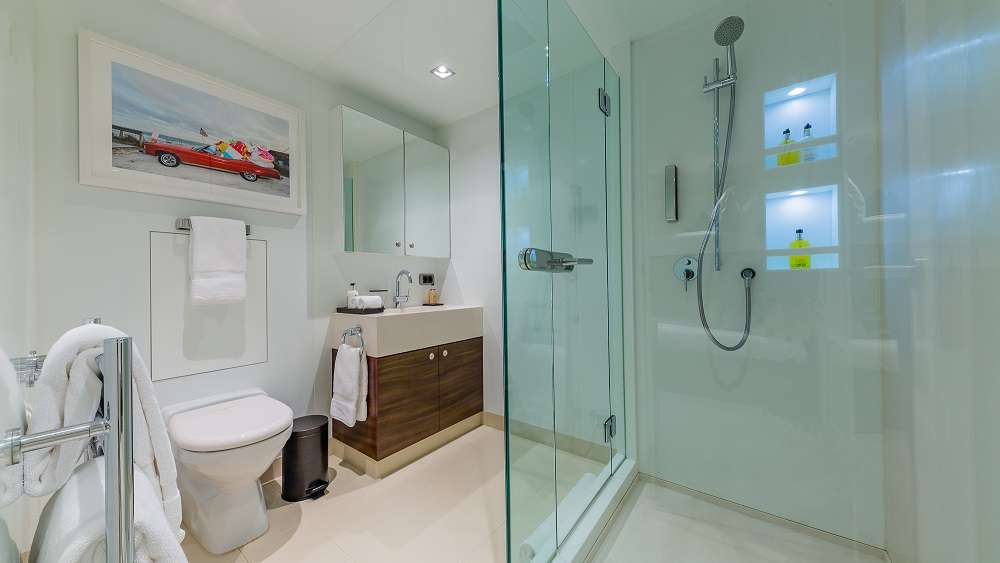 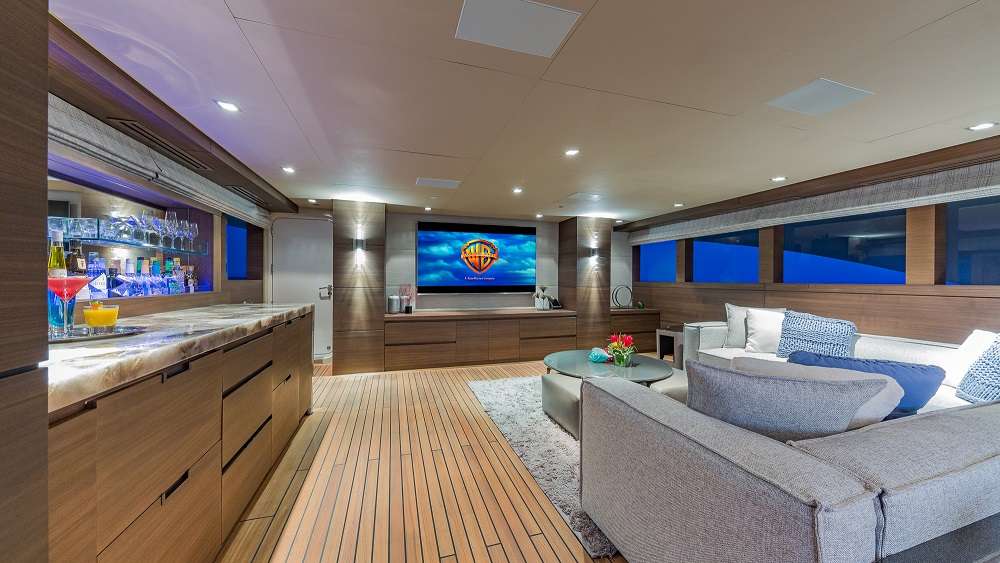 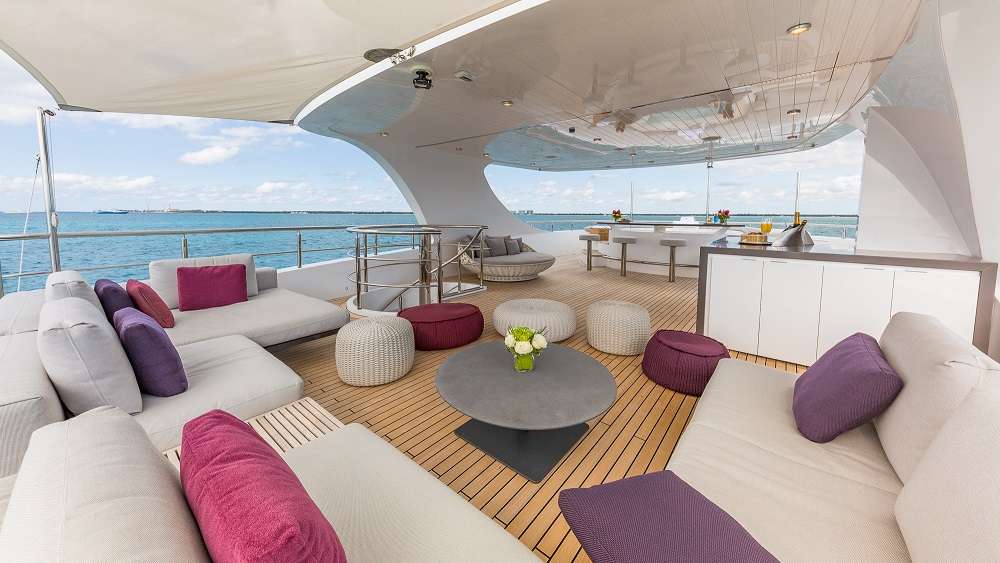 Ulf was born and raised in East Germany, before he moved to Munich where he studied Hotel/Catering Management and continued with Sport and Tourism Management. His love for the water started in his early years when he spent all summers at the German beaches, where he also got his first introduction in to sailing. After spending several years working in hotel and restaurant management his urge of exploring the seas led him to a maritime academy in England. He started delivering sail boats from anywhere in Europe until he got hired as a mate on his first Motor Yacht. Within one year he was offered his first position as captain and now has over 18 years experience within the maritime industry.

As the Captain, Ulf’s primary focus is to ensure the safety of the guests, crew and the vessel. His duties range from navigation to accounting, planning and managing charters to the overall management of the yacht and the crew. He encourages all departments to work as a team to ensure that each charter will be a rewarding experience. He is operating “Big Sky” with the right balance between a formal and a casual ambiance which is desired by all guests.

Kevin is an experienced chief engineer who has over 7 years working in the yachting industry. He began his career working on the Sydney Harbor, which he calls home. After completing his mechanical trade Kevin started working in the commercial marine industry in Sydney, his first vessel being the Sydney Harbor Cabaret Showboat (shockingly not as a dancer). Kevin moved to Fort Lauderdale in 2012 to chase his dreams of joining the yachting world. He has worked on over 5 yachts in all regions of the world including the Mediterranean, the South Pacific and the Caribbean. When Kevin isn’t being a grease monkey he is always on the hunt for waves. Kevin grew up surfing on the eastern coast of Australia. He also loves anything to do with cars and motorcycles.

Our chef, Dean Silva is a well traveled chef who began his career working in Melbourne, his home city. He has worked at numerous Michelin star restaurants including the famous Persimmon, now renamed Garden Restaurant. As a career chef, he worked in cities all over the world including NYC, London, and Paris. He credits much of his talents and his ability to create such a wide diversity of cuisine to surrounding himself with other amazing, talented chefs from various countries. Dean´s specialties include Mediterranean and Asian.

Chef Dean´s magic doesn't stop in the galley, his talents include food photography and general videography. As a self proclaimed “mad foodie”, Dean loves everything about a wine and dine experience. In his spare time, he is working on “Today´s World Kitchen” YouTube Channel and website, of which he is founder and owner.

MacKenzie was born in Michigan but has spent the majority of her life living in Asheville, North Carolina which she now calls home. MacKenzie graduated from the University of Miami with degrees in Political Science and Public Relations, and a minor in marketing. After finishing her studies, Mackenzie moved back to NC to begin her career in advertising and after 3 years decided to get some sea legs. MacKenzie officially joined yachting in the beginning of 2015 and dove straight in as a solo stew on a charter boat.

Mackenzie has been in the hospitality and service industry for almost 15 years and thoroughly enjoys interacting with the guests. She is approachable and is passionate about her career as a chief stewardess. Along with Chef Dean, MacKenzie is dedicated to creating the ultimate guest satisfaction on board Motor Yacht Big Sky.

In her free time, she loves anything that involves being outside, running, snowboarding, hiking or scuba diving. In the future Mackenzie dreams of having a nursery or even a farm filled with plants and animals.

Ashley has grown up living the island life on the eastern coastline of Canada. Her hometown, Prince Edward Island is famously known for its mussels and oysters. Following in her father's footsteps, Ashley began working on boats at age 18. She then began yachting in 2016. She has gained much of her experience working for large, 80 + meter vessels. In Ashley´s spare time she enjoys reading (using multiple books as once) and hiking.

Nashali, also known as Nash was born in the beautiful Island of Puerto Rico and raised in Boynton Beach, Florida. Living close to the ocean it’s no surprise that Nash spent most of her free time in the water and on boats. Nash speaks Spanish and English fluently and she enjoys traveling, drawing, reading, and learning new songs to play on her ukulele. Her bubbly personality and sweet demeanor will have you feeling welcomed the second you step on board.

Bruce Marks was born in South Florida and grew up around the Fort Lauderdale area, where his love of boating and the sea started at a young age. You could always find him on the waves with his friends, whether they were wake-boarding and surfing or deep sea fishing out in the Gulfstream. Immediately following his high school graduation, Bruce joined the yachting industry with the help of his father and older brother who are both captains on private/charter yachts. Since 2011, his work has allowed him to travel around the world. Even when he's not on a yacht, you'll still find him on the water, be it surfing, diving or fishing.

Bongani was born in Johannesburg, South Africa and moved to Durban at the age of 14. He studied Exercise Science for two years and worked in a gym as a personal trainer and fitness instructor. Bongani joined the yachting industry because of his desire to travel and a passion for the traditions and skills of yachting and seamanship. Bongani also likes to learn the fundamentals of how the engine room runs. He wants to progress in the industry and one day captain a vessel.

Richard was born and raised in sunny Durban. From an early age he participated in various sports including surfing, cycling and skateboarding. With a background in hospitality he has been conditioned to liaise with guests and working in demanding environments. He entered the yachting industry in 2017 and has been accumulating knowledge from his fellow team members ever since.

Davis has been a deckhand in the yachting industry for almost 2 years onboard multiple yachts. He has gained extensive charter experience and responsibilities. Prior to yachting, Davis was a firefighter and a surf instructor. In his spare time he enjoys surfing, skydiving, traveling, and CrossFit. He is currently working towards is first captains license.